Home Premiership Harlequins On this day: Steph Brennan struck off after Bloodgate scandal 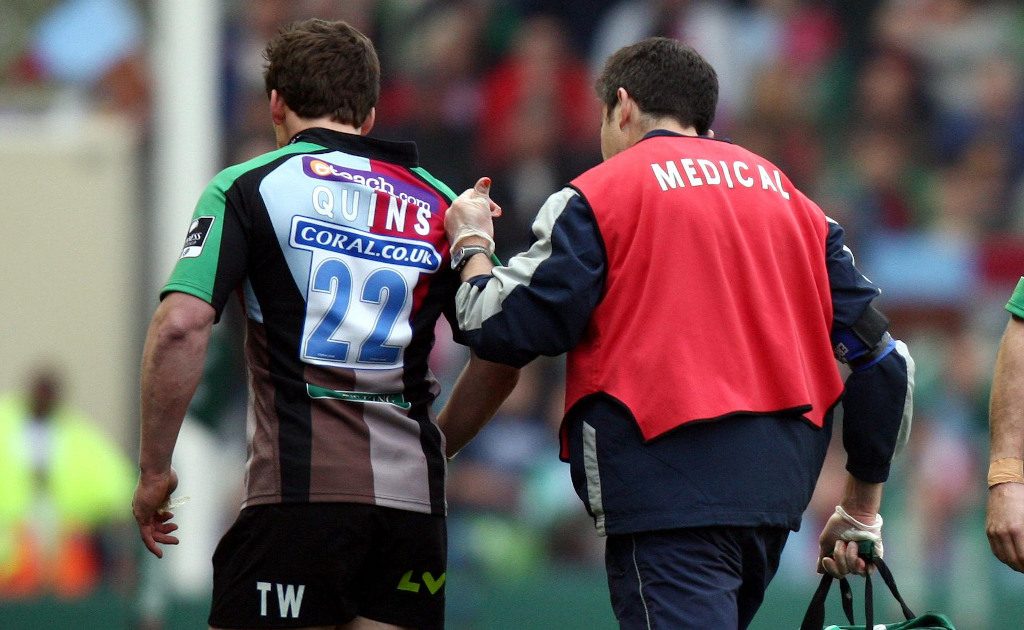 Ex-Harlequins physiotherapist Steph Brennan was struck off for misconduct on this day in 2010 after his role in the infamous Bloodgate scandal.

The call was made by the Health Professions Council’s conduct and competence committee following a hearing in London.

Brennan had been serving a two-year suspension from the sport and was working in private practice. He admitted to five instances – including Bloodgate – of faking blood injuries.

The Bloodgate controversy came to light following a Heineken Cup quarter-final against Leinster in 2009, Nick Evans coming back on despite an earlier thigh problem to replace Tom Williams, who had suffered an apparent blood injury.

An investigation discovered the blood injury was faked, and had been on four previous occasions, with Brennan handed his ban.

Brennan accepted all but one of the allegations laid before him in the two-day hearing and – on September 14, 2010 – was struck off with a sanction “necessary for the public and other professionals to understand that behaviour of this sort is unacceptable”.

Having been set to start working for the RFU as a member of the England physio team before the scandal, in January 2011 Brennan won a high court battle over the decision to strike him off.

A new Covid-19 strategy is set to incentivise players and management to be fully vaccinated, English rugby’s Professional Game Board has announced.

The policy is set to allow clubs in the Premiership, Championship and women’s Premier 15s to relax some elements of current Covid-19 minimum operating standards once a vaccination rate of 85 per cent or more has been reached in both the player and staff groups.

The changes only currently apply in English domestic rugby, with the new policy having come into effect on Monday.