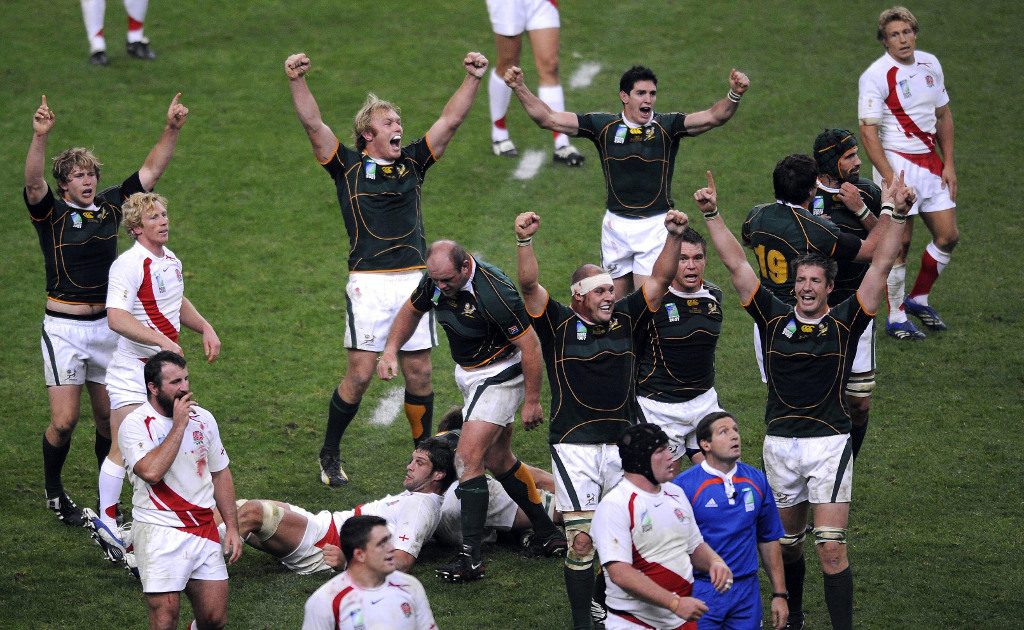 Defending champions England suffered a 15-6 defeat against South Africa in the Rugby World Cup final on this day in 2007.

Tough road to the final

The 2003 world champions had overturned the odds to reach the final with two hard-fought play-off triumphs, first over Australia and then France.

But they could not manage it a third time as South Africa edged a ferocious battle to become world champions for a second time.

Ashton said: “I am bitterly, bitterly disappointed we didn’t win the game. Despite what everyone else thought outside the squad we believed we had a good chance to win the game.

“I don’t think 15-6 reflected the difference between the two sides but ultimately you can’t argue with the scoreboard.”

South Africa won thanks to four penalties from Percy Montgomery and a long-range effort from Francois Steyn.

England’s only points came from the boot of Jonny Wilkinson and despite dominating the scrum they did not get the bounce of the ball when it came to refereeing decisions.

England were denied a try by video referee Stuart Dickinson when Mark Cueto finished off a brilliant attack in the corner but was adjudged to have brushed the touchline as he was tackled by Danie Rossouw.

“It is easy with hindsight to say ‘yes, that was the turning point’ but you just don’t know,” Ashton added.

“We were hanging around the South Africa 22 for long enough after that. It was a big moment in the game but it is hard to justify it was the turning point.”