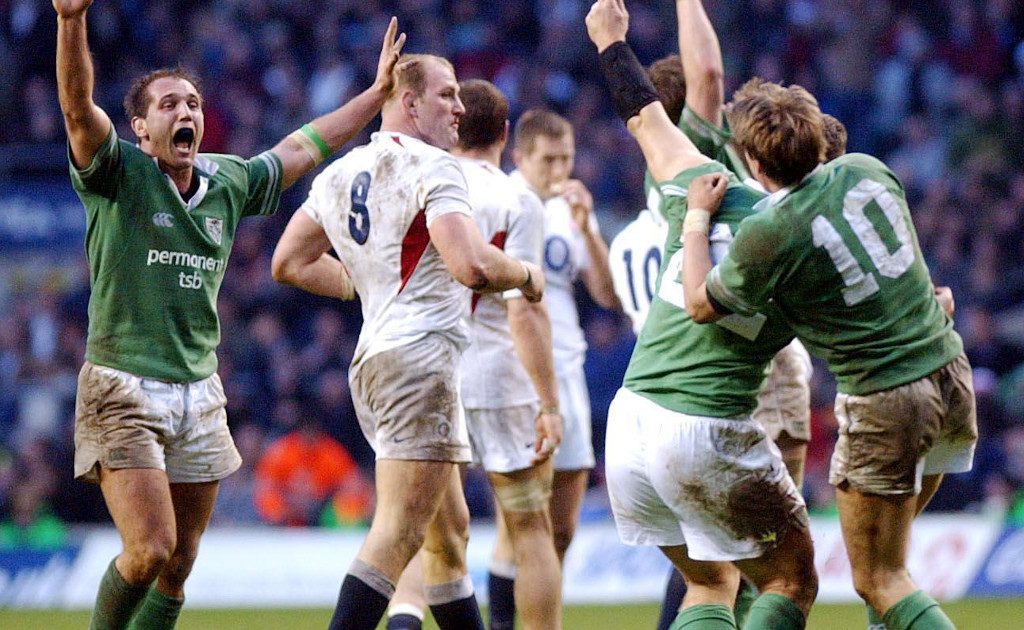 Reigning world champions England suffered a shock 19-13 Six Nations defeat against Ireland which ended their 22-game unbeaten run at Twickenham on this day in 2004.

It was England’s first home championship loss for seven years – and saw the plan of a Grand Slam showdown against France in Paris go up in smoke.

Although scrum-half Matt Dawson had scored a first-half try, converted by Paul Grayson, there was no disguising Ireland’s territorial dominance in front of a capacity 75,000 crowd.

First away win over England since 1994

Fly-half Ronan O’Gara landed four penalties to give Ireland a 12-10 lead at the break.

Full-back Girvan Dempsey added a 51st-minute try into the corner, which was converted by O’Gara, to further extend the visitors’ advantage.

Grayson reduced the deficit with a penalty in the 66th minute, but there was to be no dramatic finale as Ireland secured their first away win in the fixture since 1994.