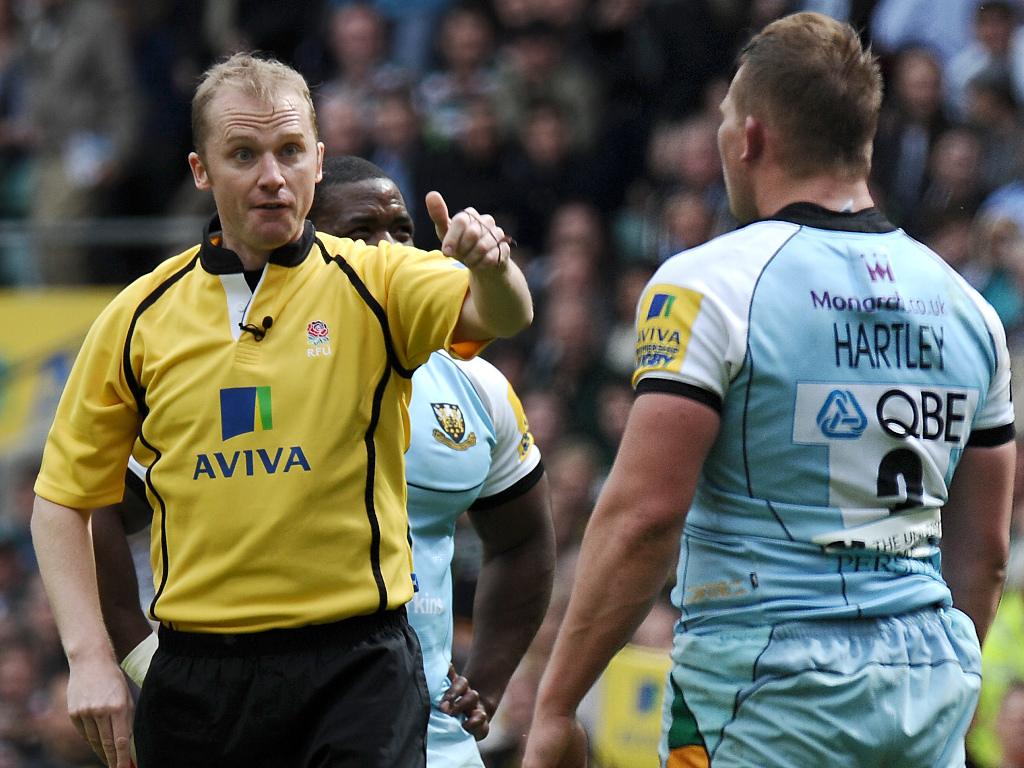 Everything pointed to a glorious season finale for Hartley, who had steered the Saints from fourth place in the regular-season standings into the 2013 final, courtesy of a thumping semi-final win over league leaders Saracens.

Heading into the final against resurgent Leicester, Hartley’s bags were already packed for his flight to Hong Kong with the British & Irish Lions less than two days later. What could possibly go wrong?

Here the PA news agency looks back at what happened next.

Hartley’s history may have suggested that everything seemed too good to be true. He had been banned for 26 weeks in 2006 for eye-gouging two Wasps players, and missed the 2007 World Cup as a result. He was cited for gouging Ireland’s Stephen Ferris in 2012, and banned for eight weeks, and later that same year had been banned for punching Ulster hooker Rory Best. Was history about to repeat itself?

With his team already trailing just before half-time, Hartley lost his cool after Leicester pushed in the scrum too early. Despite earlier warnings, Hartley issued a volley of abuse – he always maintained it was not directed at referee Barnes, but Barnes saw otherwise, and issued him a red card. Leicester went on to win 37-17, while Hartley headed home, rather than to Hong Kong, and was subsequently issued an 11-week ban.

Recalling the episode two years later, Hartley said: “I felt like a pariah and I cemented a reputation that I am resigned to never losing. I do not think anything worse can happen to me in rugby.”

Hartley was replaced by – of all people – Best, and the Lions went on to claim their first Test series win since 1997, with a thumping 41-16 triumph over Australia in the decider in Sydney. Hartley eventually wrested his way back into the international set-up, and would captain England to their Six Nations grand slam success in 2016.