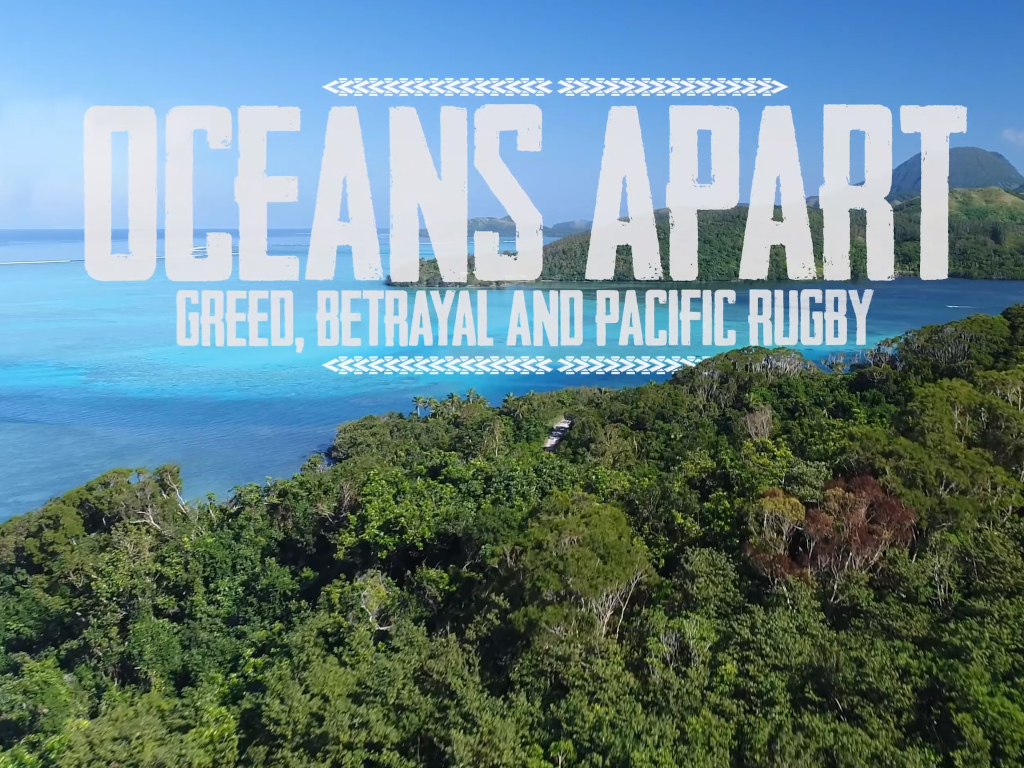 In the film The Shawshank Redemption, Tim Robbins’ imprisoned character Andy Dufresne spends a small portion of his time writing a letter a week to local libraries, in an attempt to get a prison library up and running.

Eventually a big box of books arrives, together with a note politely requesting that the character cease his letters. His response: “It only took six years. From now on I’ll write two letters a week instead of one.”

It’s also exactly six years to the week since Samoa’s rugby team threatened to strike their fixture against England in response to the Samoan union’s corruption and World Rugby’s lack of assistance to deal with it. Dan Leo, one of the main speakers for his side, never played for Samoa again after the England match, but he has continued the fight, despite many a political obstacle being thrown in his way and, like with the books, despite few elements of progress in the past few years.

The remarkable political constructs standing in the way of further progress are laid bare in a film which was released on Monday, entitled ‘Oceans Apart: Greed, Betrayal and Pacific Island Rugby’.

Mr. Leo, the founder of Pacific Rugby Players Welfare (PRPW) and an evermore forceful voice among the clamour for meaningful change, takes a film crew around a who’s who of Pacific Island greats currently playing in the UK, as well as a number of former greats now back home in Samoa, Fiji and Tonga. He also pays a somewhat courageous visit to the Samoan Prime Minister/Chairman of the Samoan Rugby Union, who, in response to Mr. Leo’s complaints about Samoan national team players not getting their dues for international matches, warned Mr. Leo not to ‘swim in his waters’ lest he should drown. He has a chat with World Rugby CEO Brett Gosper, who does an excellent impersonation of a cross between a lame duck in headlights and a puppet nervously unable to cut the strings or reveal the shadowy figures pulling at them.

You meet Sione Vaiomounga, trapped in the grim winter of Europe’s deep east and its lifeless square buildings, where his club rather unceremoniously ditched him after the discovery of an ongoing kidney problem. PRPW ended up funding his kidney transplant, a happy ending for a player who was the only player in Tonga’s 2011 World Cup squad to still be active in Tonga at the time but was left cold, sick, struggling to survive and on the other side of the world.

You also meet the great Rupeni Caucaunibuca, sheepishly confessing how the lack of assistance, advice and integration during his career led him to continually flee home and blow all the money he made – and pertinently, you see him helping his young son, already being aggressively scouted at the ripe old age of 11.

The film takes aim at three particular points: firstly, that the one player, one nation eligibility rule means the Pacific Islands lose all their best players forever, secondly, that this is in no small part due to the way the Pacific Islands fill the teams and the stadia of tier one nations but get barely so much as to keep the change, and thirdly, that the power-mongering political instruments available to the tier one nations mean that neither of these aspects is likely to change.

The feedback is clear: all the players want to play for their home/heritage nations, but the financial constraints and narrow eligibility rules make it impossible. The feedback from the Pacific Island unions, stories of their own corruption notwithstanding, is also clear: either they toe the line and keep producing players or their funding will be cut off.

Put up or shut up is a tough line to hear when you are an impoverished nation with a population roughly the same as Tyne and Wear, yet you produce more than a quarter of the world’s professional players – and there’d be even more players in that number were you to include the ones going to the murky semi-professional levels. Lines about players being scouted out at the age of 13 call to mind the absolute worst of soccer’s current dark web of child talent-spotting, a road rugby cannot afford to go down.

And this is perhaps the most worrying aspect of the film: despite World Rugby’s initiatives and Mr. Gosper’s apparent willingness to listen, the real power, and thus the real obstacle, to meaningful change seems to still lie among the tier one nations, their skewed voting rights system and their hoarding of an awful lot of resources – including a number of Pacific Island players.

World Rugby is not blameless. It’s mind-bending ignorance of the political machinations in the Islands which saw a convicted killer sitting on its council is still staggering, as is its unwillingness to recognise Leo’s PRPW initiative as a crucial cog in ensuring the welfare of so many of the world’s professional players. Yet it is also clear that were the tier one nations not so self-interested, World Rugby would possibly have leeway to do more.

The responses of Mr. Gosper to suggestions of change or requests for reasons why, such as: “there’s not much appetite for that;” or “we don’t like to get into that,” could be construed to show evasiveness on their own. Yet in the context of knowing how the tier one nations weave their web of control, it does seem as though World Rugby is between a rock and a hard place, even if it is not trying all that hard to get out.

The statement among the credits at the end of the film points out how much World Rugby does already, but that’s not yet enough, just as one box of books was not enough for Mr. Dufresne. This film is the second weekly letter; hopefully it will be as well responded to as Mr. Dufresne’s turned out to be. Official recognition of the PRPW would be a start.