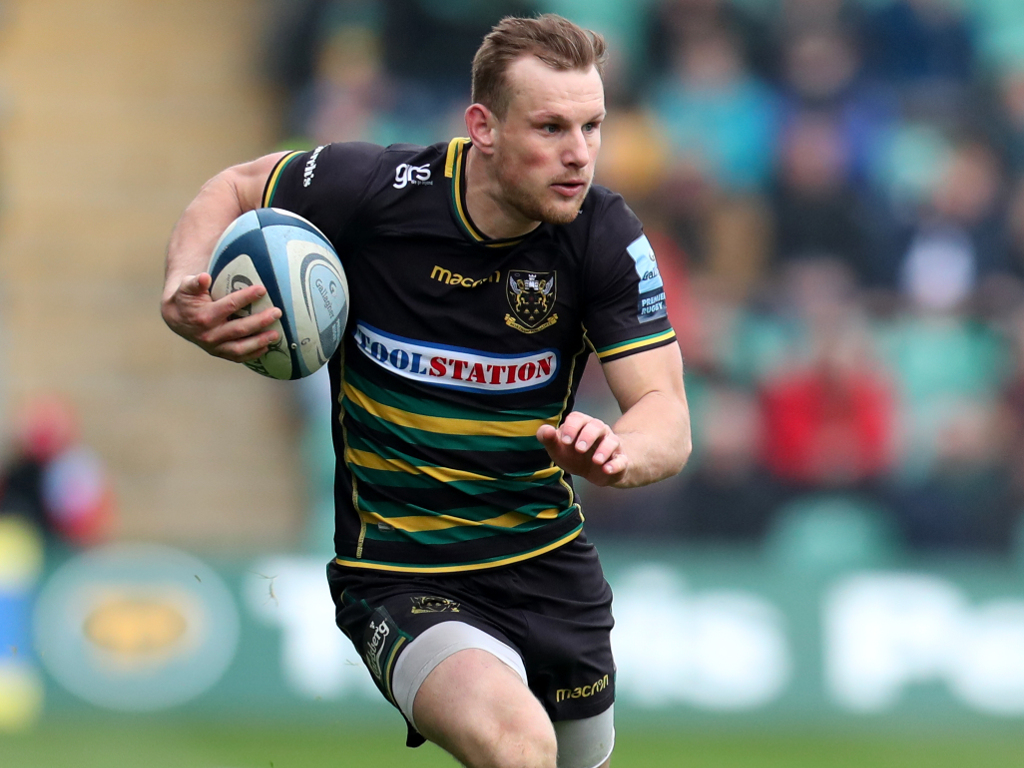 Reigning champions Saracens opened their title defence with a 27-25 loss at home to Northampton Saints on a busy day of action on Saturday.

The Saints earned a shot at goal with 90 seconds remaining and youngster James Grayson took his chance, slotting the kick that earned Northampton a win, their first at Allianz Park since March 2016.

But Northampton and Grayson had the final say, building on some fine first-half work that earned a 21-16-half time lead through tries from David Ribbans, Rory Hutchinson and Henry Taylor.

Spencer had started the scoring for Saracens as he landed a penalty after Northampton had found themselves worryingly wide open early on.

The away side were struggling to get going as their handling errors cost them territory and possession.

That allowed Saracens to turn the screw, with lock Will Skelton leading the way and Spencer kicking the penalties, adding his second of the afternoon on 14 minutes.

Northampton tried to respond but they were lacking a ruthlessness in the Saracens 22.

That was until Ribbans picked up from a ruck and found a way to dot down, Grayson adding the extras to make it 7-6 to the Saints after 25 minutes.

Saracens responded quickly thanks to another Spencer penalty, and they were soon further in front as some Ben Earl brilliance set up full-back Gallagher for the score.

🎃🎃 @JaamesGrayson10 and his pumpkins are at it again…

Spencer’s conversion made it 16-7, but Northampton bounced back, grabbing the ball in the Saracens half and sending it to Hutchinson, who finished in fine fashion.

Grayson converted to cut the gap to two points and Northampton then stunned Saracens again with a superb breakaway try that involved Grayson and Tom Collins before Taylor finished.

Grayson added the gloss to make it 21-16 to his team at half-time.

Northampton thought they had scored again after the break, but George Furbank’s effort was ruled out for a forward pass from Taqele Naiyaravoro, who had made a huge carry.

The Saints kept marching forward but basic errors were preventing them from extending their lead.

And Saracens punished them with a penalty that reduced the deficit to just two points.

Spencer soon slotted another to put his side 22-21 up and he added yet another effort from the tee, just after Grayson had got Northampton their lead back with a penalty.

Spencer then finally missed a penalty, hitting the post, but Saracens kept the pressure on and almost wrapped it up when Rotimi Segun went roaring forward before knocking on.

Northampton would not go away though, and after flying forwards they won a penalty. Grayson kept his nerve to slot it over and secure a superb win.

In the other games, Exeter Chiefs secured a 22-19 victory over Harlequins at Sandy Park, with Joe Simmonds kicking them to the four points.

Simmonds landed 17 points via one conversion of Jonny Hill’s try and five penalties while Gabriel Ibitoye went over twice for the visitors.

A strong Sale side on paper were beaten 18-16 by Gloucester at the AJ Bell Stadium in a disappointing start to their Premiership campaign.

Elsewhere, Worcester Warriors kicked off their season with a 24-16 home triumph over a disappointing Leicester Tigers outfit.

Ted Hill and Perry Humphreys got the Warriors’ two tries, Duncan Weir kicking 14 points, while in reply Leicester captain Tom Youngs scored for the visitors and Tom Hardwick added 11 points off the tee.