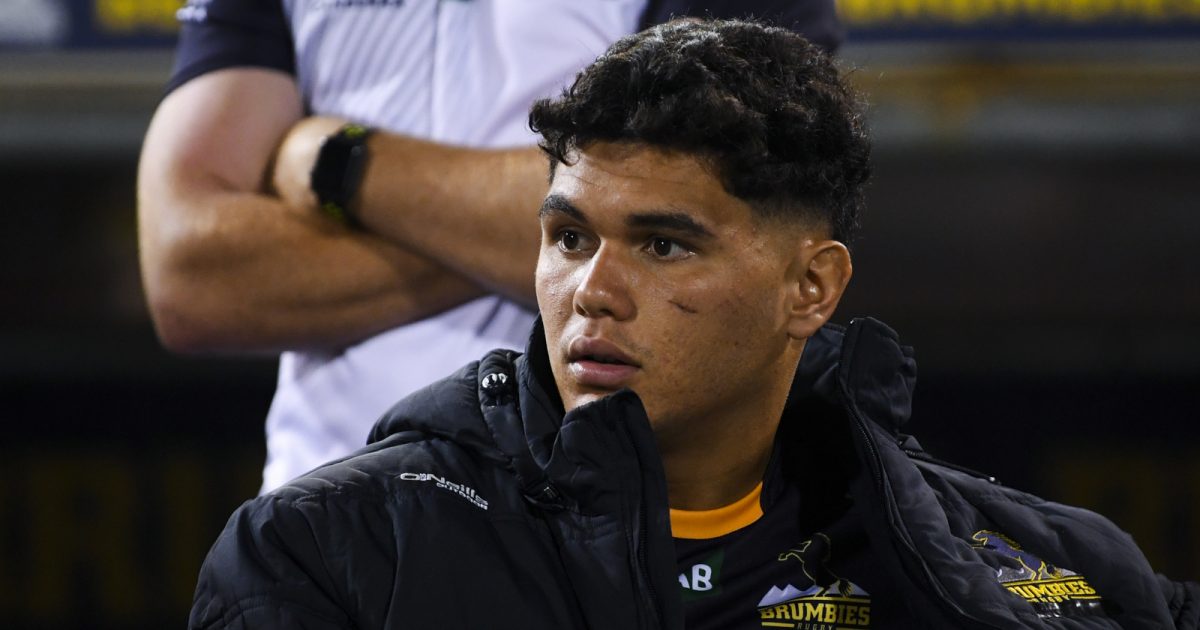 Wallabies fly-half Noah Lolesio says he has learnt from his charged-down drop-goal effort at a crucial stage in the Brumbies’ narrow 20-19 loss to the Blues in the Super Rugby Pacific semi-final.

The game was finely balanced with little time left on the clock, forcing Lolesio to opt for the drop kick from a fair way out only to be charged down by a flying Ofa Tu’ungafasi, ultimately resulting in a heartbreaking loss.

Lolesio revealed that in the moment, he thought to back himself, not realising there was a defender within the vicinity.

“[I was planning] for the drop-kick but I probably got the ball earlier [than I] expected. I didn’t realise anyone was in front of me. I back myself. I went for the drop goal and it got charged down, which sucked.”

The young playmaker reveals that he has learnt from it despite taking “three to four days” to get over the incident where he could have launched another attack.

“I’ve definitely learned from it,” Lolesio said. “If I’m being completely honest, it took me three to four days to get over [it]. I know it was such a big part of the game and I really felt like I let my teammates down, which is not what you want to do. I move on from that. The biggest thing I’ve learned in rugby is you’ve got to have a short-term memory when stuff like that happens.”

Brumbies and Wallaby counterpart Nic White praised Lolesio for taking the risk as it could have easily been a match-winning intervention.

“In big moments like that, you want people like Noah wanting the ball,” said White, who is favourite to start at scrum-half for the Wallabies. “That was the biggest thing. You could see he wanted it. The last thing you want is someone going into that shell and be scared of those big moments. I thought it was a real positive. If it goes an inch higher and goes over the middle, the big fella is probably asking for another zero [on his next contract].”

When asked by Wallabies team-mate Quade Cooper, the fly-half claims he felt he hit the kick well.