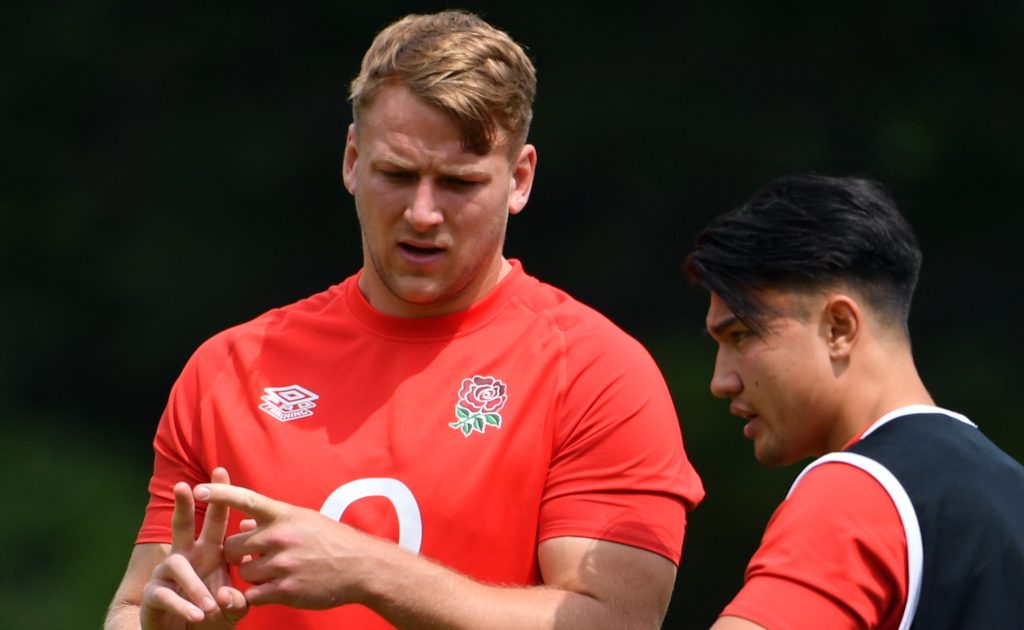 Eddie Jones insists Alex Dombrandt could boast limitless potential as the Harlequins number eight gears up for his England debut.

The powerful back-rower will make his Test bow against Canada at Twickenham on Saturday, fresh from helping Quins storm to the Premiership title.

Dombrandt forced his way into England’s training squad in 2019 but narrowly missed out on a place at that year’s World Cup in Japan.

But now after honing his game at Harlequins, England boss Jones believes the 24-year-old is ready to start an exciting Test adventure.

Haven’t seen the best of Dombrandt

“We haven’t seen the best of Alex yet,” said Jones.

“We might not for another couple of years but if he keeps that desire to want to keep improving, take the hard knocks and learn from it there is no limit on where he can go as a player because he’s got some special skills.

“He has real doggedness, his want is good and so is his ability to cope with disappointment.

“Because he got left out of the World Cup squad, he was down to the last 36, 37 and he had to learn with that disappointment, as did Charlie Ewels and Joe Marchant.

“All those guys experienced that in 2019 and they’ve used it to drive themselves to another level of performance.”

While England’s 12-strong British and Irish Lions contingent are away in South Africa, Jones is wasting no time in casting the net for the next generation of Test talent.

Dombrandt had to grind his way into Premiership rugby, having been unable to push through the usual academy route.

The bullish back-rower came to prominence while studying at the University of Wales in Cardiff, and has not looked back once since seizing his chance with Quins.

“Are they better equipped for Test rugby than academy players? I don’t think that’s a question. They come through with a different experience which can help them.

We can't wait to see this man in an @EnglandRugby shirt 😍@Harlequins back-rower @Alex_dombrandt is set for his first England appearance against Canada at Twickenham 🌹#HeinekenChampionsCup pic.twitter.com/1kw7FF760Q

“In high-level sport you’re experiencing the ecstasy of being selected and the incredible positive you get when you win, and you also have to experience not getting selected and not winning.

“And I think guys who have had to tough it out, play university rugby, Championship rugby where they’ve got to look after themselves a bit more, it gives them a different view of rugby than the guys who have had the more educated rugby path to the top level.

“Alex has had less rugby experience. So his big challenge has been to learn the game. And to do it at the highest level is pretty hard.

“When you’ve just come out of doing basic arithmetic and you get into a pure maths class it’s difficult and he’s had to learn on the run and he’s done that really well.

“We like the development of him as a player, the way he’s matured at Quins, he’s found a way to develop an effective game for his set of skills and at the same time do the basics of the game which are so important for any player.”