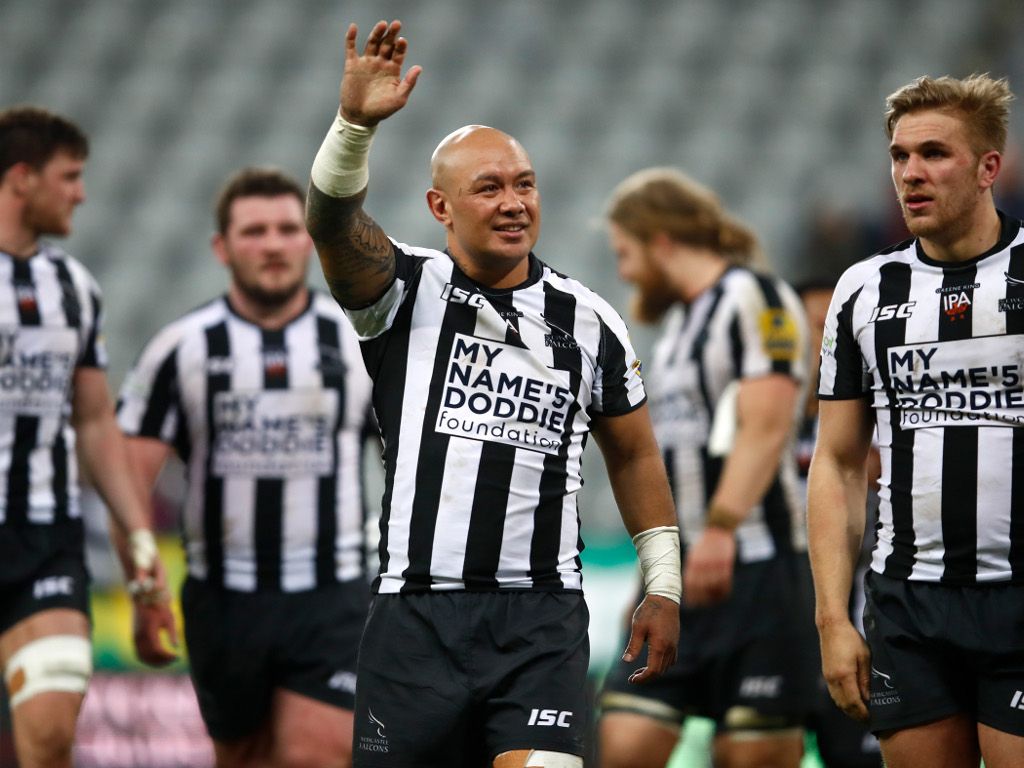 Newcastle Falcons have announced that Nili Latu will call time on his stay at the club when the current season ends, with the back-row returning to play in Japan.

Latu’s hard, direct running and fierce defensive hits have made him a fans’ favourite – and betting favourite with the betfred promo code 2018 – during his three seasons on Tyneside, the 36-year-old saying: “I’d like to thank every single one of the Falcons supporters for the love they have shown me and my family since we arrived in 2015.

“I’ve enjoyed every single moment of my time in Newcastle and it will be sad to leave. The club was involved in a bit of a struggle when I first joined but we have shown a steady improvement, and it gives me a certain happiness to know I’m leaving it in a better place than when I arrived.”

Latu has made 48 appearances for the Falcons, helping them to their highest league finish in two decades this season as they ended the Premiership regular season in fourth, earning them a first ever semi-final place.

His last-minute winner at Northampton was one of many memorable moments in Newcastle colours, Tonga’s most-capped player stating: “It has been an amazing time and we’ve had to battle to get where we are, but it’s great to see the club beginning to reach its huge potential.

“It’s down to the dedication and hard work of every single player and staff member, and it’s paying off. I know the boys will kick on even further next season and I’ll be cheering them on from Japan.”

Determined to end on a high with a Premiership title to play for, Latu said: “At the start of the season if you’d have asked people outside this club if Newcastle would have made the top four, nobody would have given us a chance.

“We’ve talked all season about the opportunity we have got, and we have nothing to lose down at Exeter in the semi-final. We beat them here earlier in the season, we’ve worked hard in the build-up and we want to finish on a massive positive this season.”

Taking a wider view in the context of his own career, he added: “I believe that Newcastle Falcons has been a rugby lifeline for me, and I’m thankful for that.

“I had been in Japan for eight years and I needed a new challenge, to play a different type of rugby, and I’ve done that over here. I’ve definitely learned a new type of game, I’ve had some tough times through injury but I’m grateful for everything I’ve experienced here and I’m thankful the club stuck by me.

“We have loved our time as a family in Newcastle but we also enjoyed living in Japan, so in that sense we can’t lose. I just want to make sure my time with the Falcons ends on a high because the supporters here have always been so good with me, they’ve been great from day one and we’re all totally committed to repaying them for their love.”

Newcastle Falcons director of rugby Dean Richards said: “Nili has led from the front during his three seasons with us and has brought a lot to the club.

“His physicality and leadership shone through from day one, and it is always sad when players move on. I know he will go to Japan with the best wishes of all our players, coaches and supporters, and he can be proud of what he has contributed to Newcastle Falcons during his time with us.”