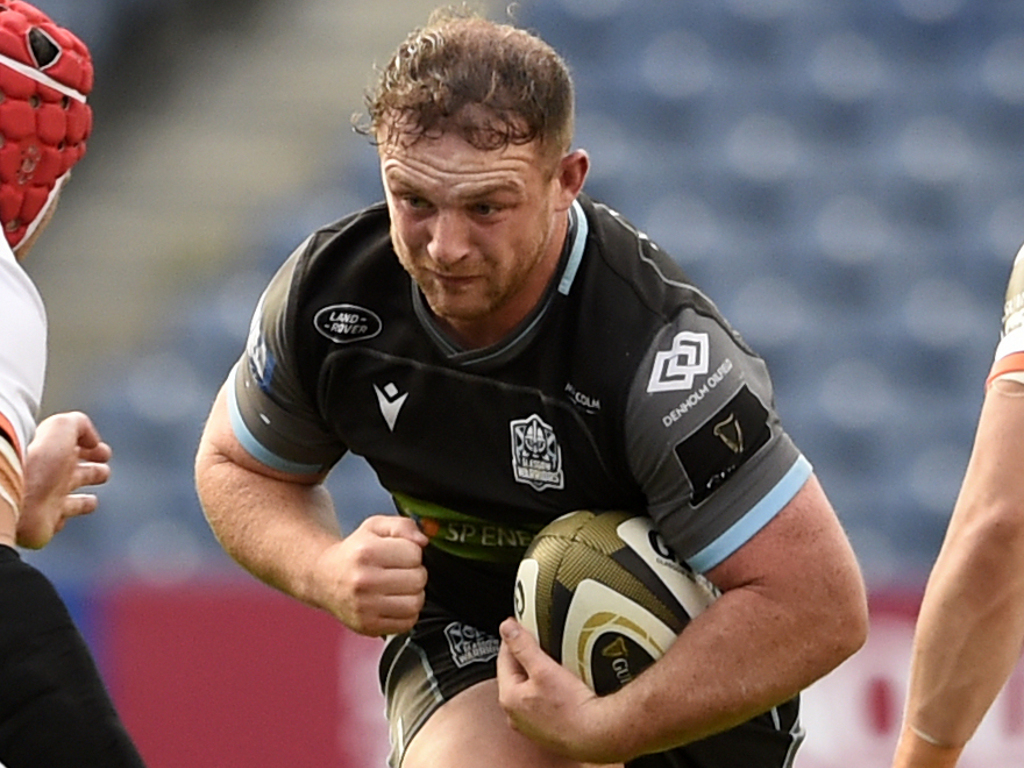 The 28-year-old is one of four changes to the starting XV from Glasgow’s most recent outing, as the Warriors prepare for a first meeting with Munster since October 2018.

Enrique Pieretto continues at tighthead prop after making his first start against Ulster last time out, the Argentinian joining Aki Seiuli and Grant Stewart in an unchanged front-row.

Having made his club debut off the replacements bench in Belfast, Lewis Bean will make his first start for Glasgow Warriors alongside Rob Harley in the engine room.

The back-row unit is retained for the fourth successive match, as captain Ryan Wilson and Tom Gordon line up either side of number eight TJ Ioane.

Sean Kennedy will make his first start at Scotstoun since November 2012, the scrum-half lining up alongside Pete Horne in the half-backs.

Grigg’s inclusion in the number 13 jersey sees Robbie Fergusson shift across to inside centre, the Scotland Sevens star having been named in the PRO14 Team of the Round for his performance against Ulster.

Wings Tommy Seymour and Robbie Nairn both come into the back three after missing the match in Belfast, with Glenn Bryce retaining the full-back shirt.

After his late cameo against Ulster, Caleb Korteweg is in line to make his first home appearance for Glasgow Warriors after being named amongst the replacements.

The scrum-half is one of two changes to the bench, the other seeing Niko Matawalu rotate to the replacements after starting last time out.

Alex Allan and D’arcy Rae are once again named as the replacement props, joining Johnny Matthews as the front-row cover.

Hamish Bain makes his fourth consecutive appearance in a Glasgow matchday 23, with Fotu Lokotui named in the number 20 jersey.

The replacements are completed by Brandon Thomson, the South African having come off the bench in both of Glasgow’s two most recent fixtures.

Meanwhile, there are four changes to the Munster side that recorded a bonus point win against Ospreys at Thomond Park last Sunday.

Billy Holland captains the side as he joins Jean Kleyn in the second-row.

Fineen Wycherley makes the positional switch to the back-row with Jack O’Sullivan starting on the openside flank for the first time as last week’s player of the match Gavin Coombes continues at number eight.

The front-row of James Cronin, Kevin O’Byrne and Stephen Archer is unchanged.

Returning to the ten jersey, Ben Healy resumes his half-back partnership with scrum-half Craig Casey while the final change sees Calvin Nash start on the wing with Matt Gallagher and Mike Haley completing the back three.

It’s as you were for Damian de Allende and Rory Scannell in the centre pairing.

Named in the replacements is JJ Hanrahan who will make his 100th PRO14 appearance if introduced, and hooker Rhys Marshall is also included after recovering from a recent thigh injury.