Home Premiership Falcons bounce back to beat basement side Gloucester 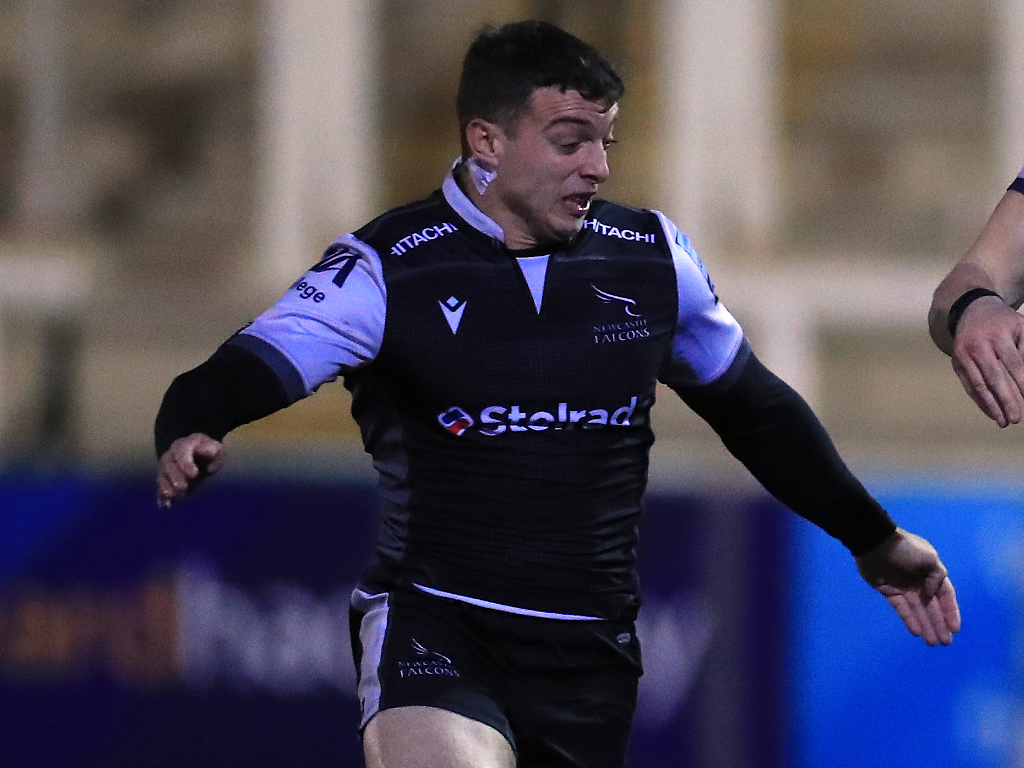 Newcastle continued their fine start to the Premiership season with a 22-10 victory over struggling Gloucester at a frozen Kingston Park.

After a morning shovelling snow and defrosting the pitch, Falcons staff did brilliantly to get the game on, while temperatures dropped to minus 10 during the match with the windchill.

Newcastle’s reward was a fifth win from six Premiership games, while Gloucester continue to prop up the table.

Newcastle opened the scoring inside four minutes with a spectacular counter-attack after Gloucester’s Alex Craig lost the ball inside the Falcons 22.

The Falcons pounced and released winger Adam Radwan who went the length of the pitch to score in the corner after side-stepping England’s Jonny May on halfway.

Gloucester had the opportunity to respond and get three points on the board but Lloyd Evans missed a penalty. It was fairly straightforward but after re-addressing the ball on multiple occasions, he rushed the kick and pushed it wide of the posts.

The Falcons extended their lead in the 14th minute when centre Matias Orlando spotted a gap in the Gloucester defence, picked the ball up at the back of a ruck and sprinted through unchallenged.

Gloucester were rewarded for their territorial dominance but it took them 25 minutes to get on the board.

Newcastle, guilty of conceding too many penalties, were punished with May darting over the line from close range for his first Gloucester try since 2017 after his summer move from Leicester.

Despite late pressure at the end of the first half from the Falcons, Gloucester held firm as their defence withstood more than 30 phases of attacking play to stay within one score at the break.

"A couple of purple patches we had to ride…but the character of the lads was outstanding"@FalconsRugby's Mark Wilson after a well-sought win against Gloucester 💪 pic.twitter.com/tMGKrZrby0

The visitors carried that momentum into the second half and almost scored in the 45th minute when flanker Lewis Ludlow stole the ball in midfield and darted clear, only to knock-on following a try-saving tackle from Ben Stevenson.

Evans brought the Cherry and Whites to within two points as he kicked a simple penalty from in front of the posts after 53 minutes.

The second half carried on in similar style as the first, with Gloucester continuing to pin the Falcons deep inside their own half but the hosts held firm.

Brett Connon had the chance to extend the lead for Newcastle with eight minutes left on the clock but he pulled his kick wide of the mark to leave it a two-point game.

The visitors, in their haste to win the ball back, gave away a penalty on their 22 and Connon made no mistake on this occasion with 75 minutes on the clock.

The Falcons sealed the points with the clock in the red as George McGuigan powered over from close range, denying Gloucester a bonus point.