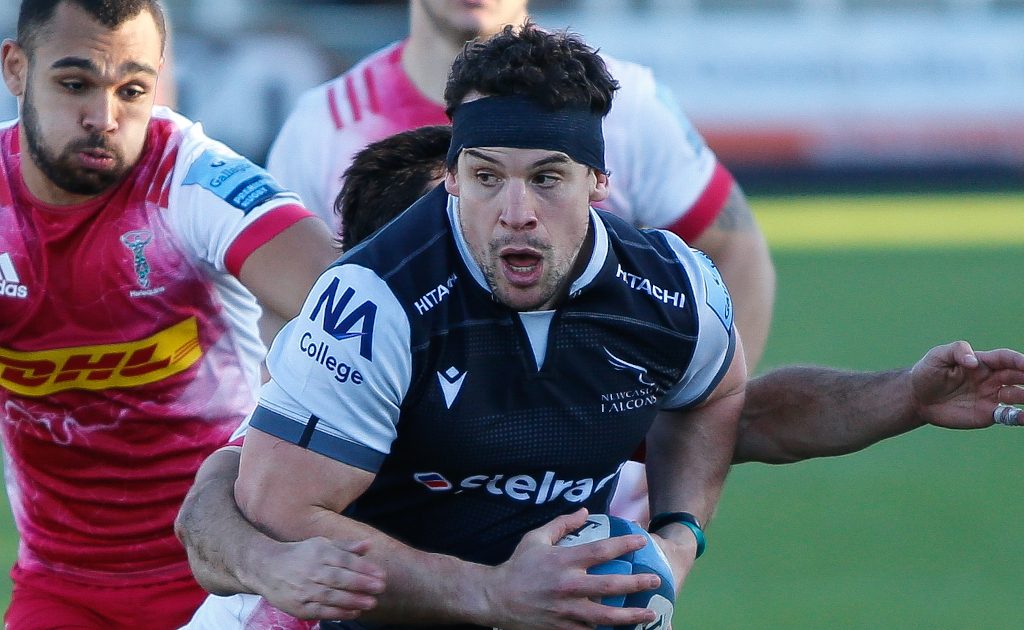 Newcastle Falcons and Scotland flanker John Hardie has announced he will retire from professional rugby at the end of the current season.

The 32-year-old has played provincial rugby for his native Southland, Super Rugby with the Highlanders, club rugby for Edinburgh and Newcastle Falcons as well as being capped 16 times by Scotland.

A foraging openside who threw his body into every single match, Hardie’s three seasons on Tyneside saw him making 30 appearances for the Falcons, the last of which came last month away to Exeter Chiefs.

“I think I could play for another year or two, but with the way the body is and the time it takes to recover between games – I just think it’s the right time to move on to a different career path,” said Hardie.

“It has to happen sometime, so it’s better that I decide it on my own terms. I feel like I’m playing good rugby, and I just don’t want to be hanging around or holding on for too long.

“With the way I play the game you have to throw everything into it, and whereas it used to be one or two days to get over a game, now it’s pretty much the full week until it’s time to play again on the weekend.

“I won’t miss waking up feeling like roadkill on a Sunday morning, but I’ve enjoyed my career and I’ve got nothing but gratitude for what rugby has given me.”

Newcastle Falcons director of rugby Dean Richards said: “I’d like to congratulate John on a fantastic career, and personally thank him for his contribution during his three seasons with us.

“He has been an outstanding professional during that period, and as well as his exploits on the field he has passed on his knowledge and contributed towards a really positive culture among the squad.

“I know I speak for everybody at Kingston Park in thanking John and wishing him well for the future, and I’m sure he’ll be a success in whichever field he chooses to go.”

Hardie said: “Professional rugby has been my life ever since the age of 17 or 18 when I signed my first contract, and it’s given me so much.

“I owe an incredible amount to my family for the way they’ve supported me throughout, and it’s taken me to some awesome places. I’ve made incredible friends who I’ll stay in touch with, and I’ve done so many cool things as a result of being involved with the sport.

“As a rugby player you’re in such a privileged position, and I’ve had 14 years of that, so I know I’m incredibly lucky. I’ve had a lot of real highlights, starting with my local province of Southland, then Super Rugby with the Highlanders, coming over to Scotland and playing in a Rugby World Cup, and then my club rugby with Edinburgh and Newcastle Falcons.

“I’ve loved my time at Newcastle and it’s great to be able to end my career with such an awesome set of boys. I’ve had a great journey, and can honestly say I’ve not left any stones unturned. Knowing that I can retire on those terms is actually a pretty cool thing.”

Asked what lies in store, he said: “The plan is to stay with my partner in Edinburgh because she’s from the UK and I’ve loved my time here, and I’m just grateful to have had a career which has allowed me to travel around the world and have so many amazing experiences.

“I’m just finishing my studies in strength and conditioning, which is the sort of line I’m looking to go down in terms of my future career. Hopefully that can be in a sports or high-performance setting, but as always I’ll just work hard and keep an open mind.”