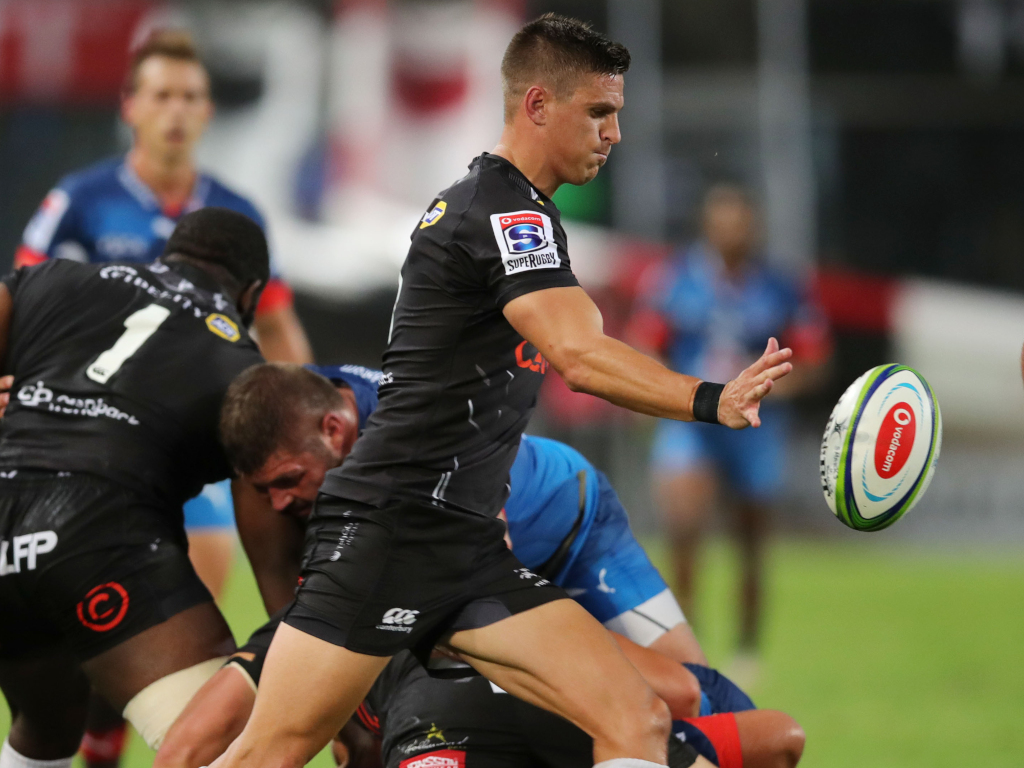 Newcastle have announced that former Springbok scrum-half Louis Schreuder is joining the Falcons for the upcoming 2020/21 Premiership season.

The 30-year-old was a central part of the Sharks side which topped Super Rugby’s South African Conference prior to the Covid-19 pandemic, starting in six of their seven games this year and suffering only a single defeat.

Schreuder has won South Africa’s Currie Cup three times, twice with Western Province, and most recently with the Durban-based Sharks, whom he captained to victory during the 2018 final.

Making his international debut against Wales in 2017, Schreuder has more than 100 Super Rugby appearances under his belt following his time with the Stormers, Sharks and Southern Kings – the 6ft half-back also playing for French club Toulon and Japan’s Kubota Spears.

"but you'll take it"… Really???
I think Louis Schreuder went off script a little there!#CRUvSHA pic.twitter.com/Zc9n65PsQR

Delighted to have landed the vastly-experienced link man, Newcastle Falcons director of rugby Dean Richards said: “Louis is a top-quality player who has shown it consistently throughout his career.

“Our new defence coach Nick Easter worked with him at the Sharks so we have great first-hand insight on him, and our back-rower Philip van der Walt has also been very useful in terms of getting the inside track from their time playing together.

“It’s a great signing which adds to what is already a very strong nucleus ahead of our Premiership return, and emphasises the real competition for places that we have among our squad.”

Newcastle will kick off their Premiership campaign on the weekend of November 20-22 following last season’s Championship title triumph, Richards’ men winning every single game and sitting 18 points clear at the top of the table when it was ended prematurely in March.