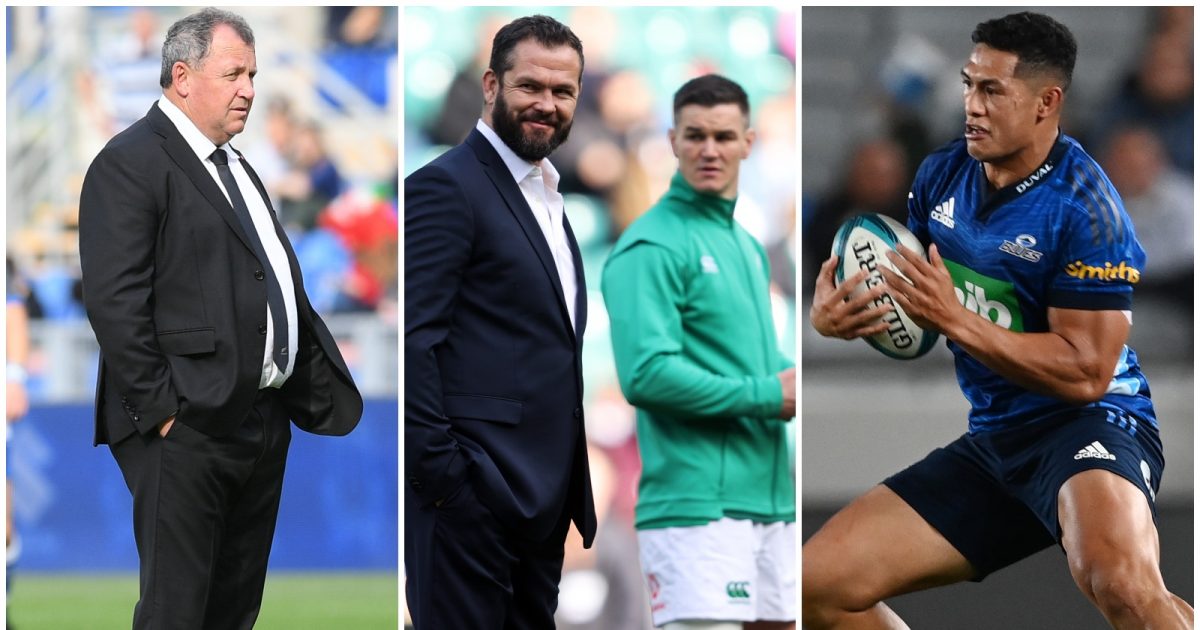 An intriguing prospect awaits when Ireland travel to New Zealand for a three-match Test series in July.

Ireland triumphed over the All Blacks in Dublin last year and the Irish are looking to kick on from a solid Six Nations Triple Crown.

Here, Planet Rugby takes a look at five talking points ahead of the blockbuster series.

A big series for Ian Foster

The All Blacks had experienced a decade of global dominance before falling short in the semi-finals against England at the 2019 Rugby World Cup. Since then, the ball has not bounced coach Foster’s way; dealing with the Covid pandemic added further complications. The All Blacks lost two games to Ireland and France on their northern hemisphere tour at the end of last year, and the alarm bells are ringing.

The 2023 Rugby World Cup is slightly more than a year away. Foster needs to get it right against Ireland, particularly after a positive Super Rugby Pacific season for New Zealand sides. The coach has the personnel and the home advantage to build momentum towards next year’s showpiece event. However, it will be a tricky task against an Irish side that has been building steadily and will be eyeing a series win in New Zealand, a feat that may just be achievable.

However, All Blacks fans will be expecting a series win at the very least, with a whitewash as the cherry on top, and Foster will have no excuse if his side falls short.

The centre to solve the All Blacks’ midfield conundrum

The inaugural Super Rugby Pacific season was a success on many fronts, including the excellent transition of Roger Tuivasa-Sheck from rugby league to union. The centre was a powerhouse for the Blues and grew through the tournament, forming a formidable partnership with the electric Rieko Ioane.

Tuivasa-Sheck is not a polished product yet, but his rapid development makes him a massive contender for a spot in Foster’s side at next year’s World Cup.

The athleticism of the code hopper is truly remarkable and adds dynamism to the 12 channel. A burst of X-factor in the midfield could be key to helping Foster unlock the true potential of his backline, particularly with the former league star’s ability to offload in contact, which allows his team-mates to receive the ball beyond the gain line.

Ioane is the likely starter at 13, which could lend towards Foster giving the Blues centre pairing a run. However, with the All Black coach under immense pressure, it remains to be seen whether he will opt for more experience and a more decisive kicking game in David Havili. Nevertheless, the former New Zealand Warriors captain’s inclusion has put the All Blacks in a significantly improved position in the middle of the park.

An outrageous 19 Leinster players are in coach Andy Farrell’s Ireland squad of 40 that have made the trip to New Zealand. The concerning aspect of that is Leinster’s ability to own the key moments in big games seems to have evaded them this season.

Losing to La Rochelle in the Champions Cup final and the Bulls in the semi-final of the United Rugby Championship is not a terrible return for their season’s efforts. However, those games could have been won if critical decision-making had been better.

The onus falls on Farrell to reinstall complete confidence within those players to allow them the best chance to execute because to go to New Zealand and walk away with a win of any kind, perfection or coming extremely close to it is required.

All is not lost as the margins are very fine in rugby, and Farrell could well use the tightness of a Leinster core to power his team ethos and build positive energy as they look to create history in New Zealand.

The timeless fly-half is always an influential character in any team he plays in. There is positive energy being exuded by the mercurial playmaker this season, and that has been shown in his output in all facets of the game. In Leinster’s semi-final loss to the Bulls, Sexton was returning from injury and made an appearance from the bench, impacting the game immediately.

Put simply; the 36-year-old will need to be absolutely on song for Ireland to come up with anything to show for themselves. The All Blacks are ruthless in broken play, and Sexton needs to act as a general, particularly controlling the game’s tempo and territory. The series is set up beautifully for the superstar to perform on one of the biggest stages in the sport and showcase his ability as a fly-half.

A Kiwi look to the Ireland side

Former Chiefs wing James Lowe has not looked back since leaving New Zealand shores to join Leinster, winning both the PRO14 and Champions Cup in his first season. Strong form and prolific try-scoring earned the speedster an Ireland call-up despite having represented the Maori All Blacks on four occasions.

Lowe has significantly matured since leaving New Zealand and has become a key player in any team he plays for. The wing has it all: ability under the high ball, incredible skills and pace to burn. He will be adamant about proving himself in his childhood country, who no doubt will give him stick along the way.

The wing is not the only New Zealand-born player in the Irish ranks, as scrum-half Jamison Gibson-Park followed a similar path as Lowe after representing the Maori All Blacks eight times before switching to Leinster and Ireland.

The 30-year-old is a sure pick for Farrell and has grown into one of the premier number nines in the world. His knowledge of New Zealand conditions and playing structures will be extremely useful as he pairs up with Sexton. The half-back combination will be a critical focal point for the series.