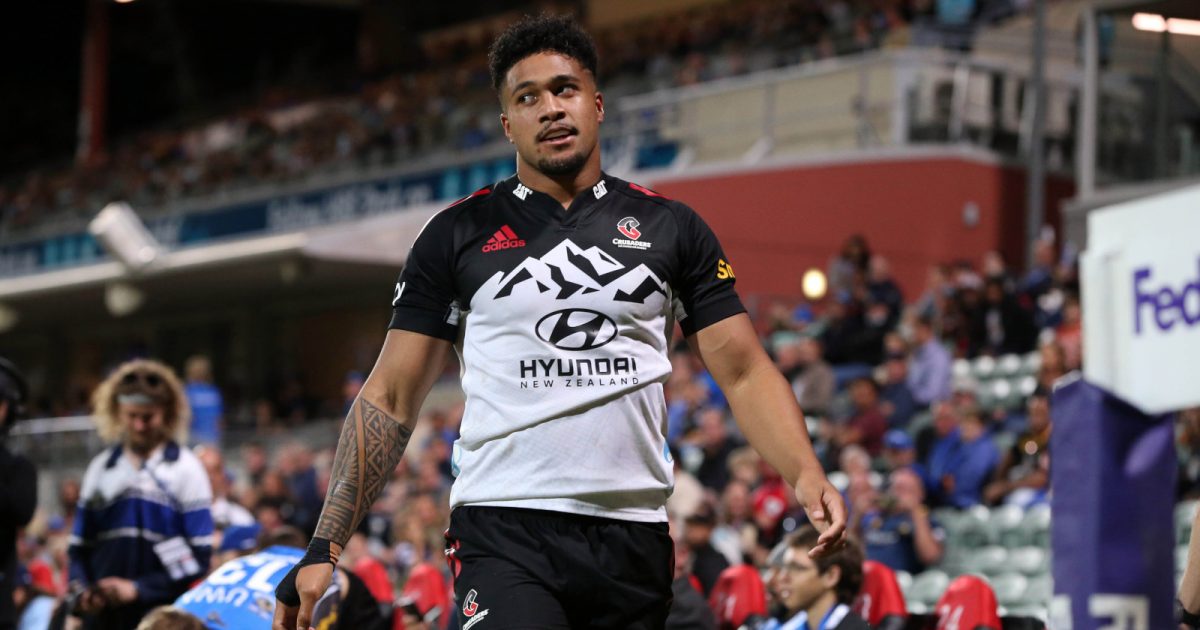 New All Black Leicester Fainga’anuku hopes to continue growing as a player within the national squad environment.

The Crusaders wing enjoyed a sublime season in Super Rugby Pacific, scoring 10 tries, the competition high, and performed consistently throughout the campaign.

Fainga’anuku is excited to be in the All Black set-up and looks forward to representing New Zealand at the highest level.

“I’m in a team full of talent and quality, and I’m excited to be a part of this journey with them and be able to head out, week in and week out, representing this nation and do the best for us,” he said.

“We’ve come from different franchises in the last few weeks, but the ability to be able to come as one as All Blacks should be truly special and be proud to point our shoulders and take on the world.”

The speedster wants to continue his growth and learn from his peers as he constantly searches for ways to take his game to another level.

“In my performances over the last few years I always pride myself on having consistency week in and week out, and every year. By doing that, it’s better to continue progressing how I have while learning, and competing, against some of the best players,” added Fainga’anuku.

A hallmark of his play out wide this season was his speed off the mark and impressive physicality. This will be crucial in the Test arena where physicality is at its peak.

“It makes it better to be able to understand that I best throw a bit more at whatever the d-line throws at you, so there’s no fear in that,” he said.

Fainga’anuku offers versatility for coach Ian Foster as he is comfortable at outside centre and on the wing. The Crusader is ready to be called on wherever he is required.

“I try to keep it consistent and keep growing that, and make sure that if I’m needed I’m there to be able to secure 13 [centre] and also on the outside, so it’s all about growth, and that I’ve got those tools in the toolbox ready to pull out when it’s needed,” he said.

READ MORE: New Zealand: David Havili believes fitness will be crucial for All Blacks in series against Ireland