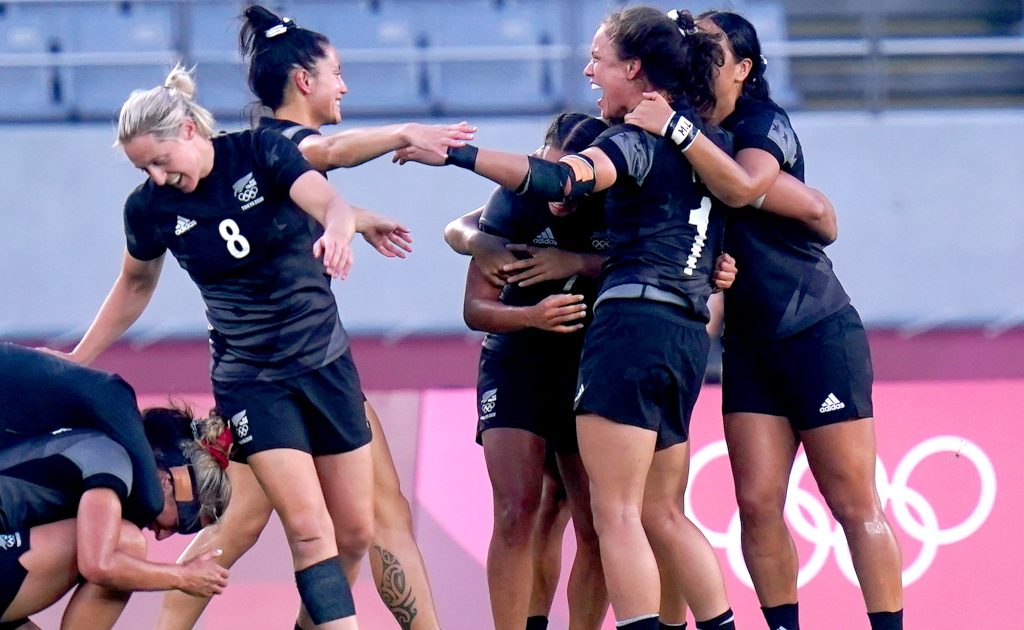 New Zealand ensured there was no repeat of their Rio 2016 heartbreak as they beat France 26-12 to win the women’s Olympic sevens gold medal at Tokyo Stadium.

Having lost the gold medal match to Australia five years ago, the Black Ferns Sevens had spoken about their desire to go one better in Tokyo, and captain Sarah Hirini helped give them the ideal start as she offloaded to Michaela Blyde to score.

Gayle Broughton produced a stunning finish in the left corner before Stacey Fluhler went over in the final minute of the first half to give New Zealand a 19-5 lead at the break.

Anne-Cécile Ciofani scored her seventh try of the tournament to draw France within seven points early in the second half, but Tyla Nathan-Wong went over to make sure of the gold medal.

Despite defeat, France can be proud of their effort in winning the silver medal at Tokyo Stadium, having only qualified for the Games through the World Rugby Sevens Repechage last month.

New Zealand had booked their place in the gold medal match with an extraordinary 22-17 defeat of Fiji after sudden-death extra-time, Broughton touching down to win one of the all-time great sevens matches.

France, meanwhile, were grateful to a Ciofani brace as they overcame Great Britain 26-19 in the second medal semi-final.

Fiji recovered from that disappointment to win a first women’s Olympic medal, and only their country’s third ever, as they beat Great Britain 21-12 in the bronze medal match.

Great Britain dominated possession in the first half but found themselves 14-0 down as Alowesi Nakoci scored two stunning tries.

Megan Jones went over to give Team GB hope, but Reapi Ulunisau scored her eighth try of the tournament to give Fijiana what proved an unassailable lead. Jones again touched down in the closing stages, but it was nothing more than consolation.