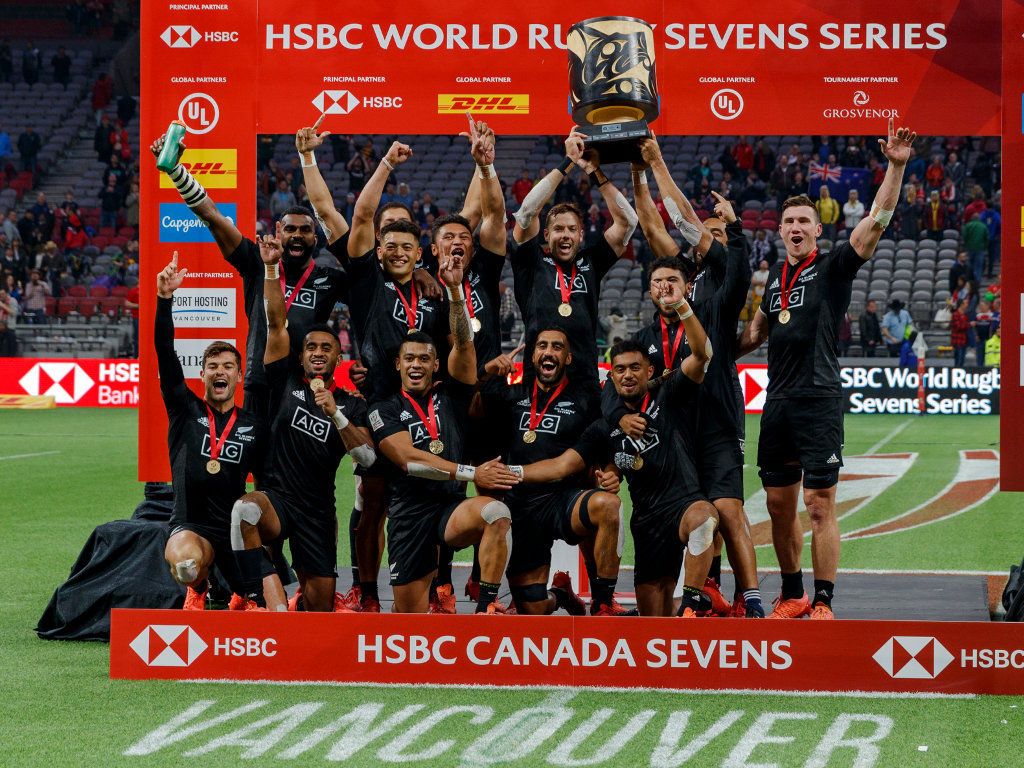 The remaining rounds of the World Rugby Sevens Series have been cancelled due to the ongoing and dynamic global nature of the COVID-19 pandemic.

Following a comprehensive consultation process the remaining legs of the women’s and men’s series in Langford, London, Paris, Singapore and Hong Kong will now not go ahead, bringing the campaign to an early conclusion.

World Rugby say the decision follows detailed and constructive dialogue with the host and participating unions, and has been taken with the health and wellbeing of the rugby community and the wider public as top priority, and in line with the relevant national government and public health authority advice.

New Zealand will be awarded both the women’s and men’s titles courtesy of being top of the standings before the pandemic interrupted the Series with five of the eight women’s rounds and six of the ten men’s rounds successfully completed.

The Black Ferns Sevens had topped the podium in four of the five rounds in the women’s Series so far, while the All Blacks Sevens had claimed three victories and five podium finishes in the six rounds completed in the men’s Series.

The World Rugby Challenger Series men’s and women’s final events will also not take place in 2020 due to the COVID-19 pandemic. The Challenger Series was launched by World Rugby this year to boost rugby sevens’ development across the globe, particularly in emerging nations, and this objective remains a key priority, providing a promotion pathway into the HSBC World Rugby Sevens Series.

Japan are awarded the inaugural men’s Challenger Series title as they topped the rankings after the two completed events, claiming gold and bronze in the two rounds that took place earlier in 2020 in Chile and Uruguay. Japan will join the World Rugby Sevens Series 2021 as the sixteenth core team.

That and much more in Who's hot and who's not! 👇 https://t.co/EHYWiMwD7C

There will be no promotion to the women’s Series this year as the inaugural Challenger Series event originally scheduled for 28-29 March in Stellenbosch, South Africa was not able to take place.

As a result of these amendments, seedings for the Tokyo Olympic Games will be adapted to include results from the 2021 Series to ensure they provide the most robust and accurate representation of current form when the Games commence in July 2021.

World Rugby Chairman Sir Bill Beaumont said: “While it is very disappointing for players, fans, organisers and everyone involved to have to cancel these events due to the global COVID-19 pandemic, the health and wellbeing of the rugby community and wider society remains the number one priority.

“These difficult decisions have been taken following detailed consultation with our union partners and in line with advice from the various government and public health agencies around the world, given the global nature of the HSBC World Rugby Sevens Series.

“Rugby sevens is a key driver of global growth for our sport, particularly in emerging nations, and it firmly remains a top priority for our organisation. As we begin to see light at the end of the tunnel, 2021 has potential to be a very exciting year for rugby sevens with the Tokyo Olympic Games on the horizon.

“Congratulations to New Zealand on being awarded both the women’s and men’s Series titles following their outstanding and consistent performances prior to the onset of the pandemic, and to Japan for being crowned champions of the inaugural Challenger Series and securing a core place on the HSBC World Rugby Sevens Series 2021.

“We thank our union, commercial and broadcast partners for their continued support and solidarity during this difficult time. We are united in our commitment and will continue to work hard in a spirit of collaboration as we plan for a return to international rugby sevens as soon as safely possible.”