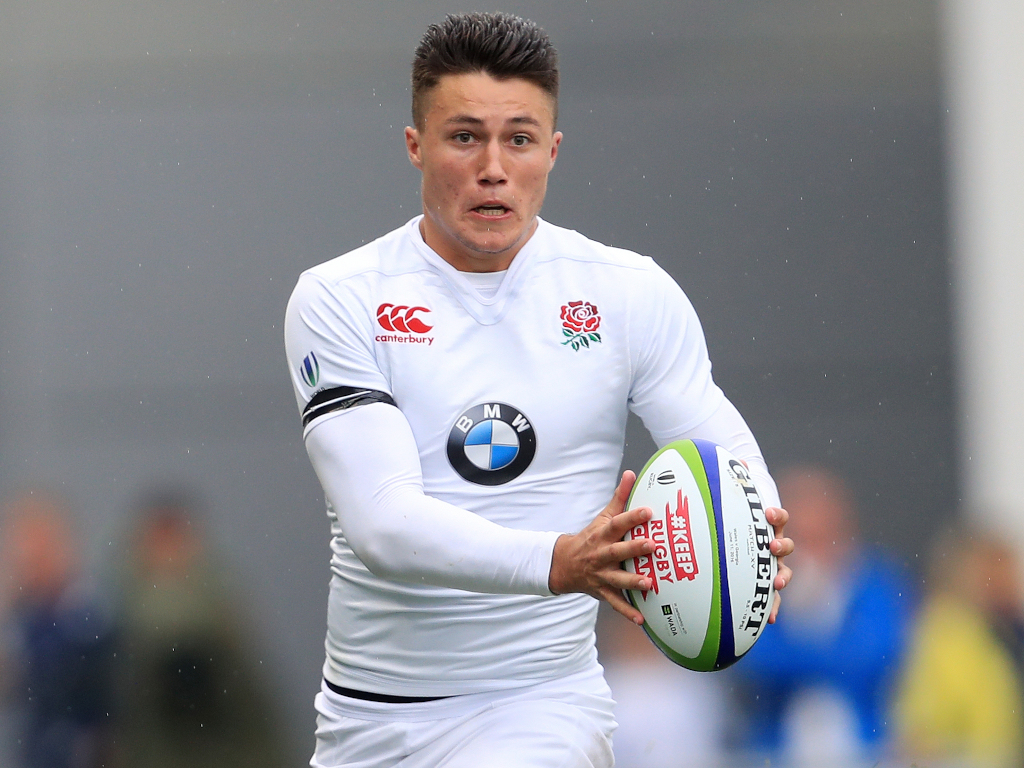 Leicester Tigers have announced that outside back Sam Aspland-Robinson has put pen to paper on a new contract at the Premiership outfit.

An England Rugby age-grade representative, Aspland-Robinson was a member of the national U20s squad which won the 2017 Junior World Cup.

Capable of playing anywhere in the outside backs, the versatile and reliable Aspland-Robinson extends his current deal which he re-signed in January of this year.

Speaking about the renewed deal, Leicester Tigers director of rugby Geordan Murphy said: “Sam is the type of player and type of person we want at our club.

“He’s hard-working, tough, committed to his team-mates and passionate about Leicester Tigers.

“In a short space of time in Leicester, with limited opportunities, he has earned two contract extensions here.

“That alone should say enough about what we think of Sam and that we want him at our club.”

In more good news for the Tigers, fellow outside backs Jordan Olowofela and George Worth, scrum-half Ben White and flanker Tommy Reffell have also signed extensions.

Academy graduate Olowofela has made 39 appearances since making his senior debut in 2017 and represented England at U20s level in 2018, playing a starring role in the run to the Junior World Cup Final.

The 22-year-old, capable of playing at centre, full-back or on the wing, has scored six senior tries.

“Jordan has come on leaps and bounds in recent seasons and still has plenty of growth in his game,” added Murphy.

“It’s exciting to think about what is still to come from him and we are pleased it will be with us at Leicester Tigers.

“Jordan understands Tigers, having come through the club, and is committed to what we are building.

“With this new deal, he has got an opportunity to go on with it now and become a consistent performer in the senior side here in Leicester.”