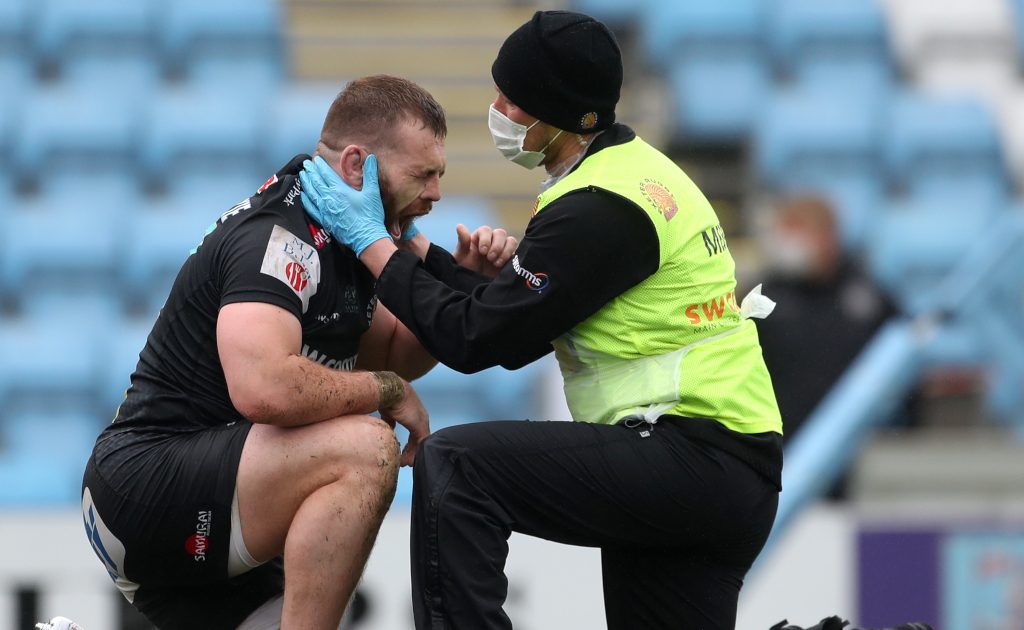 A new study that shows playing elite rugby could lead to changes in brain structure “sets hares running”, according to players’ chief Damian Hopley, as the sport’s bosses continue to bolster safety initiatives.

A new raft of measures from the RFU

“Obviously this sets hares running,” Hopley said. “Clearly it’s going to be a headline that will scare certain players.

“But we’ve got to take this in the round of what’s currently happening, and make sure that we are looking at all of the available research and making informed answers on the back of it.”

The 41 male players and three female players all underwent MRI scans, with almost half undergoing a second scan a year later.

The results revealed that 23 per cent of those scanned showed abnormalities to their brain cells, with the research carried out in collaboration with University College London.

“The crucial question is what is the relevance of the abnormality, and this study doesn’t address that,” consultant neurologist Dr Richard Sylvester said.

“We can see abnormalities presumably related to head impact. What that means is potentially concerning, but it’s not clear.

“The abnormalities don’t just correlate in concussed players, they are there in other players.

“The head injury risk among players at the moment is a bit of an unknown and is causing an incredible amount of anxiety among current and retired players.

“These techniques will at some point help to alleviate that anxiety and make things easier to deal with in a way.”

The RFU was involved in the Drake Foundation study, and has now confirmed details of a new action plan to continue the work to improve player safety.

“We welcome any scientific paper and contribution that enhances our understanding of player welfare and concussion in sport. As we understand it, this study from Imperial College London had a relatively [1/4]

The RFU wants all 13 Premiership club players to wear smart mouthguards for the 2021/22 and 2022/23 seasons, in a bid to create new limits for contact training.

Players’ chief Hopley believes current stars would be in favour of moves to reduce the amount of full contact work undertaken in training.

“I think players would welcome that, based on the conversations we’ve had,” Hopley said.

“And it’s about how we manage that, how we do that appropriately, marrying the medical data we’ve talked about.

“Trying to give certainty to what’s contact, clarification and regulation around that is an important step forward.”