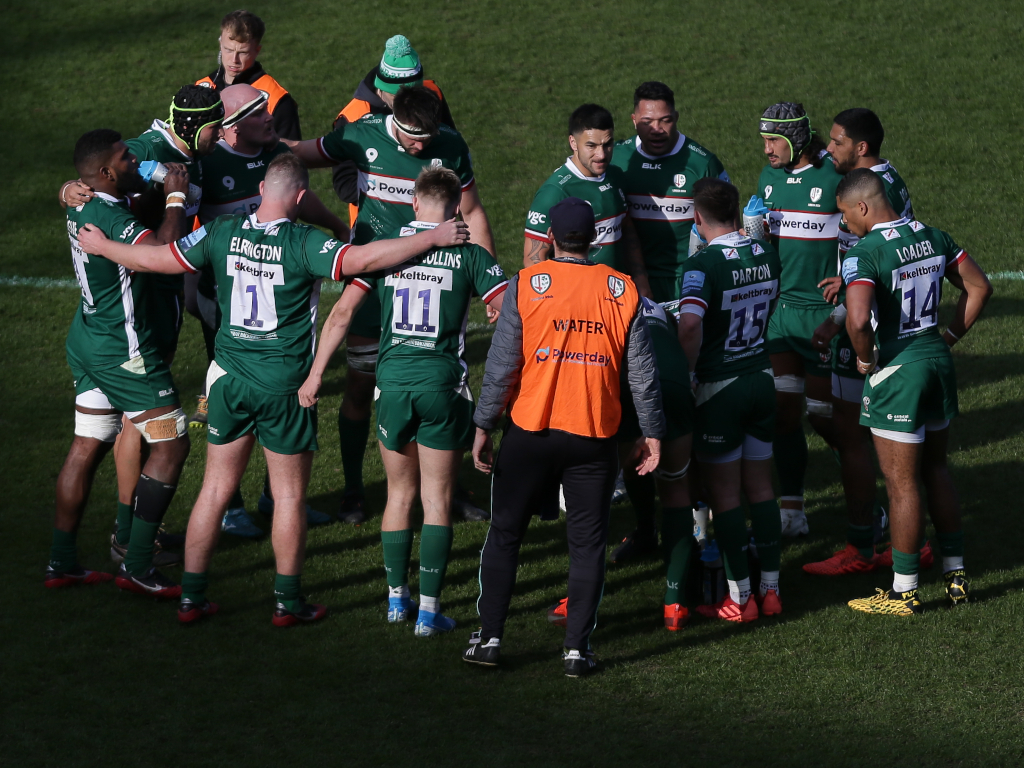 Six weeks later than intended, the 12 clubs in England’s top-flight will be delighted to finally get back onto the field, with fans equally excited.

With 28 points from 13 matches, five wins, a draw and seven losses, London Irish are compressed within the middle of the table amongst a clutch of four teams, all with similar records.

However, one differentiator is Irish’s ability on the road, where they’ve taken big scalps such as Northampton Saints, Wasps and Harlequins, and even managed, with only 14 men on the pitch, to push the much-vaunted Bristol to a welcome away draw.

Head coach Declan Kidney has built a team based upon experience and freed of international call-ups, with proven Test quality players such as Adam Coleman, Blair Cowan and Nick Phipps offering a depth of knowledge that has fast tracked the Exiles if not to success, but to respectability.

One issue the players and fans face is homelessness. Irish have played their last match at the Madejski Stadium, their home for almost 20 years, and whilst the Brentford Community Stadium goes through its final few stages of its fitting out – work having been held up during the pandemic – they will be playing the remainder of the 2019/20 season at the Twickenham Stoop, home of arch rivals Harlequins. Nevertheless, the Exiles, as pointed out earlier, have an outstanding record in unfamiliar environments and this temporary accommodation, whilst an inconvenience, will allow their London based fans easy access to support their team.

The big news for London Irish supporters is the arrival of the world class Wallaby lock Rob Simmons from the Waratahs. A player with 98 caps spanning three World Cup campaigns, Simmons’ partnership with fellow Test Australian, Adam Coleman, will threaten the very best lineouts in the Premiership and will ensure that Irish have plenty of ball with which their talented backs can prosper.

Tom Homer, something of an unsung hero at Bath, travels back along the M4 to add pace, vision and goal-kicking excellence as he re-joins Irish, a club with whom he started his career. With great versatility and able to play wing, centre or full-back, Homer’s electric pace has seen him become a seasoned try scorer in the Premiership.

Charlton Kerr’s return to XVs from his sojourn with Sevens will add great pace to the back division, whilst Matt Cornish, someone familiar with the Exiles having represented them at age level, adds solidity to a powerful front-row.

Sebastian de Chaves’ proposed trip to Newcastle Falcons has been reversed too, leaving the Exiles stacked with options at second-row.

The biggest loss to the Exiles has to be the experienced boot of ex-England fly-half, Stephen Myler. Whilst in his autumnal years, his playmaking skills and goal-kicking are of the highest order, and he departs to join Ospreys. Saia Fainga’a too, will leave a hole of experience, whilst Scott Steele’s promise at nine will also be missed.

Considering the strength of the Exiles’ away form, their run-in includes some wonderful opportunities to further their modest position in the table. Visits to Bath, Leicester and Gloucester should offer opportunity rather than fear, although on the flip side, home fixtures include visits from the powerful Bristol, Chiefs and Saints, but opportunities for a win against Worcester. However, no game in the rejuvenated Premiership gets the juices flowing quite as much as the Irish tenants hosting their landlords Harlequins at the Stoop in September. Win or lose, the atmosphere will be a party and it’s one both sets of supporters are relishing.

In short, Irish’s shrewd acquisitions, their fearless rugby away from home and the ability for their fans to easily get to support their home games should see the Exiles climb the table. Whether it’s high enough to challenge for the play-offs is doubtful, but never say never.

Look at the Premiership stats for turnovers, tackles and lineout wins and one name will always feature – that of the canny Kiwi-cum-Scot, Blair Cowan. His ability to do the tight stuff, to control rolling balls and to be a persistent pest is something of Irish folklore now and wherever the ball is, the trademark scrum cap and flowing locks are there to be seen. Although 34 now, the Scottish flanker is in the form of his life and is the heartbeat of London Irish’s pack.

70 caps and eight international tries tells you that former Wallaby scrum-half Nick Phipps is a force to be reckoned with. Regarded by all in the game as a deep thinker and positive leadership influence, Phipps’ speed of pass and sniping ability around the fringes will benefit greatly from the high quality ball his fellow Wallaby locks and Cowan will provide.

London Irish are one of the most unassuming but best run clubs in the Premiership. With a deep rugby heritage down from CEO Brian Facer to the coaching staff led by Kidney, they have a great identity, are stacked with shrewd operators and play as a well-defined team. Whilst they are languishing in that compression zone mid table, we think they might be the team that emerges from the chasing pack to challenge. Above all, no side playing them will take them lightly – they’ve the happy knack of giving some of the biggest boys around a bloody nose. Expect to see them push on and take a couple of big scalps once the Premiership resumes.