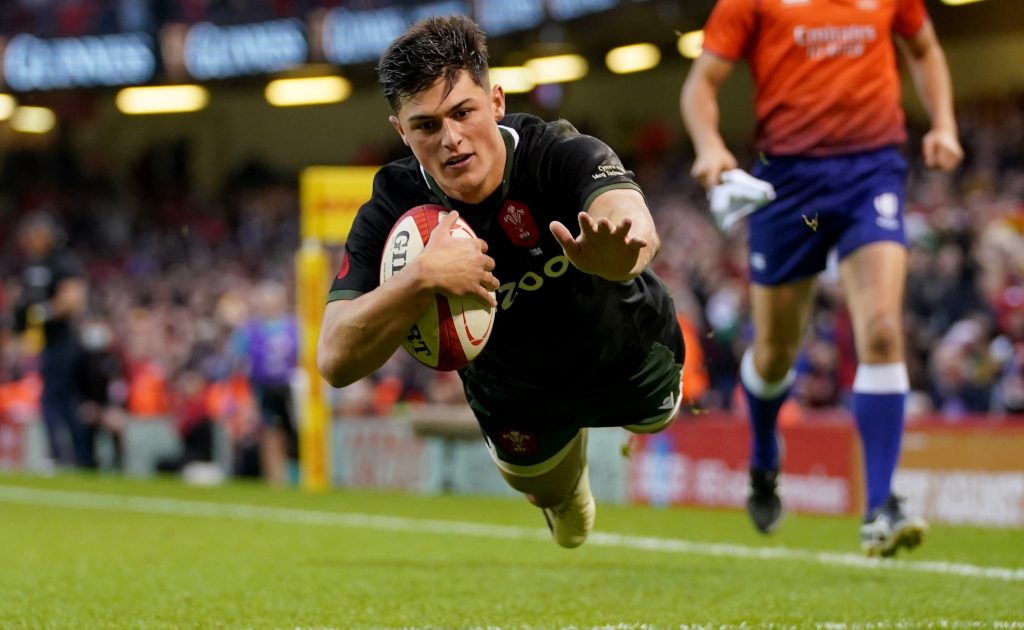 Fiji will be kicking themselves after they were potentially denied a famous victory over Wales following a needless red card for Eroni Sau.

The Pacific Islanders started the match superbly and took a 13-7 lead through Waisea Nayacalevu’s try and two Ben Volavola penalties – Ryan Elias responding for the hosts.

However, Sau was sent off for a cheap shot on Johnny Williams and that ultimately proved costly in the end.

Wayne Pivac’s men struggled throughout but the pressure eventually told, despite a valiant effort from the visitors as Kieran Hardy, Alex Cuthbert, Elias and Louis Rees-Zammit secured a 38-23 victory.

Fiji stunned Wales with a try after just four minutes as they struck from their first attack.

The ball was moved at a rapid rate of knots, number eight Viliame Mata delivered a superb pass to skipper Nayacalevu and the centre sprinted over, with Volavola converting.

Wales’ troubles did not end there either, as John was forced off injured – he was replaced by Dillon Lewis – and Volavola kicked a penalty to move Fiji 10-0 ahead.

But the home side then opened their account through an 11th-minute touchdown for Elias as Fiji’s forwards were driven backwards from a lineout before Biggar’s conversion made it 10-7.

Berry had a lengthy discussion with television match official Stuart Terheege, having initially looked at issuing a yellow card, but a red was unquestionably the correct decision.

Wales exerted relentless pressure as the interval approached and Fiji were reduced to 13 players when flanker Albert Tuisue was sin-binned for a technical infringement.

And the home side pounced from close range, with Hardy darting over for a try that Biggar converted.

Wales thought they had added a third try on the stroke of half-time after Rees-Zammit caught Biggar’s kick and sprinted clear, but the ball had drifted over the touchline during build-up play and the score was disallowed, meaning Wales had a 14-13 lead at the break.

Despite their numerical disadvantage, though, Fiji regained the lead three minutes into the second period when Volavola kicked a 45-metre penalty.

But the visitors did not have to wait much longer for a second try as a brilliant move from deep inside their own half was finished by Nayacalevu and Volavola’s successful touchline conversion made it 23-14.

Wales, though, staged a grandstand finish with tries for Elias, Cuthbert, Rees-Zammit and Williams during a devastating 17-minute spell, and Fiji’s outstanding effort ultimately proved fruitless during an outstanding contest.