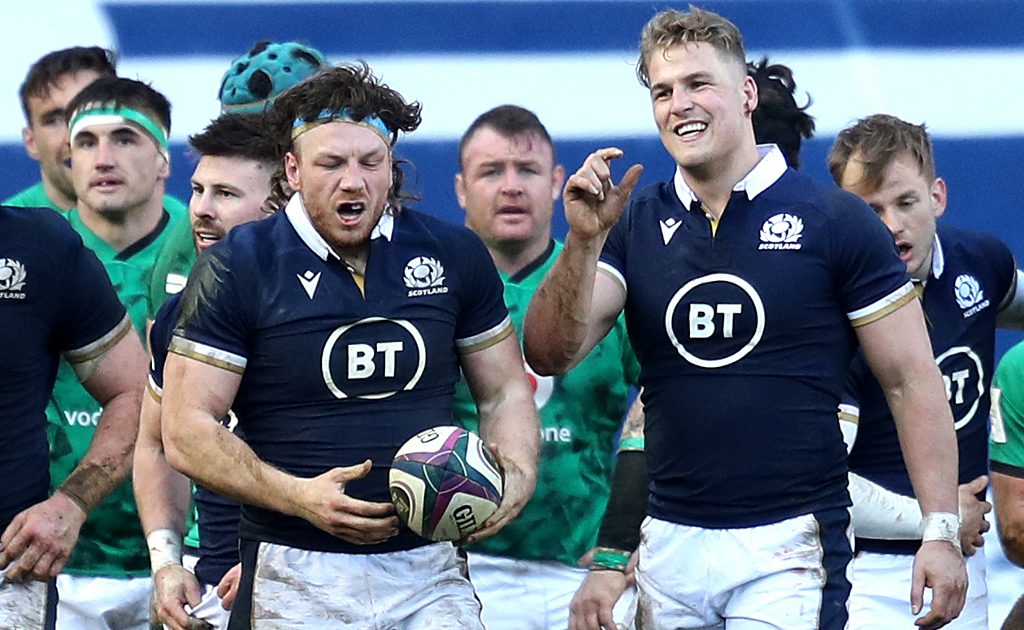 Edinburgh head coach Richard Cockerill feels he has several strong British and Irish Lions contenders in his squad but has warned that none of them might make the cut.

Back-row forwards Jamie Ritchie and Hamish Watson, the Six Nations player of the tournament, are in the mix, along with the likes of Duhan van der Merwe, the Six Nations top try scorer, and prop Rory Sutherland.

But Cockerill feels there could be some nervous moments before the squad for the summer tour of South Africa is announced later this week.

“Of course it would be great for Edinburgh to get some guys in the Lions squad, so we will be waiting in anticipation for Thursday lunchtime,” he said. “Hopefully we will at least get a couple in there if we are lucky.”

South African-born winger Van der Merwe burst on to the international scene this season and scored five tries in the Six Nations.

Cockerill said: “The timing for him couldn’t have been better – qualifying to play for Scotland, scoring lots of tries and making lots of metres – he is very quick and very powerful – and there have been some injuries in and around that wing spot, with Jonny May being potentially out and George North.

“So, it wouldn’t surprise me if Duhan was well in the mix to get picked. Then there is Suz [Sutherland], who has put himself in the frame, Jamie Ritchie wouldn’t be out of consideration and Hamish Watson had a very good tournament, so you would like to think that some of those guys are in the mix.

“But, look, to pick 36 out of all those players, you could easily have none – so it’ll be a nervous half-an-hour for some guys on Thursday.”

Scots have not fared well in the selection in recent campaigns and Cockerill knows having that experience to call upon next season would be a major boost for his club.

“If you get a couple of Lions tours and you are good enough to get picked, that’s a brilliant achievement,” he said.

“Potentially for Hamish Watson for example, this may be his only opportunity to be in a Lions tour. He would have been close last time and after his Six Nations, you like to think he has put himself in a good position for selection.

“But also, playing with the world’s best players and playing against the world champions, to bring that experience and know-how back to your team, would always be very welcome.”

Sutherland’s chances were hit when he suffered a shoulder injury in Scotland’s victory over France.

“Rory’s rehab is going well,” added Cockerill. “He’s out on the field doing lots of running and whatever he can at the gym to rehab that shoulder. Exact timescales can’t be given, but if selected it will be tight.

“He’s working hard and is very optimistic around him being fit sooner rather than later.”

Meanwhile, Edinburgh co-captain Stuart McInally is set to return for Friday’s Rainbow Cup clash with Glasgow, but 20-year-old centre Matt Currie will miss out after his try-scoring full debut against Zebre.

“Unfortunately Matt Currie is not available for selection, he got injured playing an internal trial game for the 20s last Thursday,” said Cockerill. “He’s got a shoulder injury, which is a shame, because it would have been good to see him play again.

“But the rest of the young guys who stood up will be in and around the 23, the 15, for the next couple of games.”