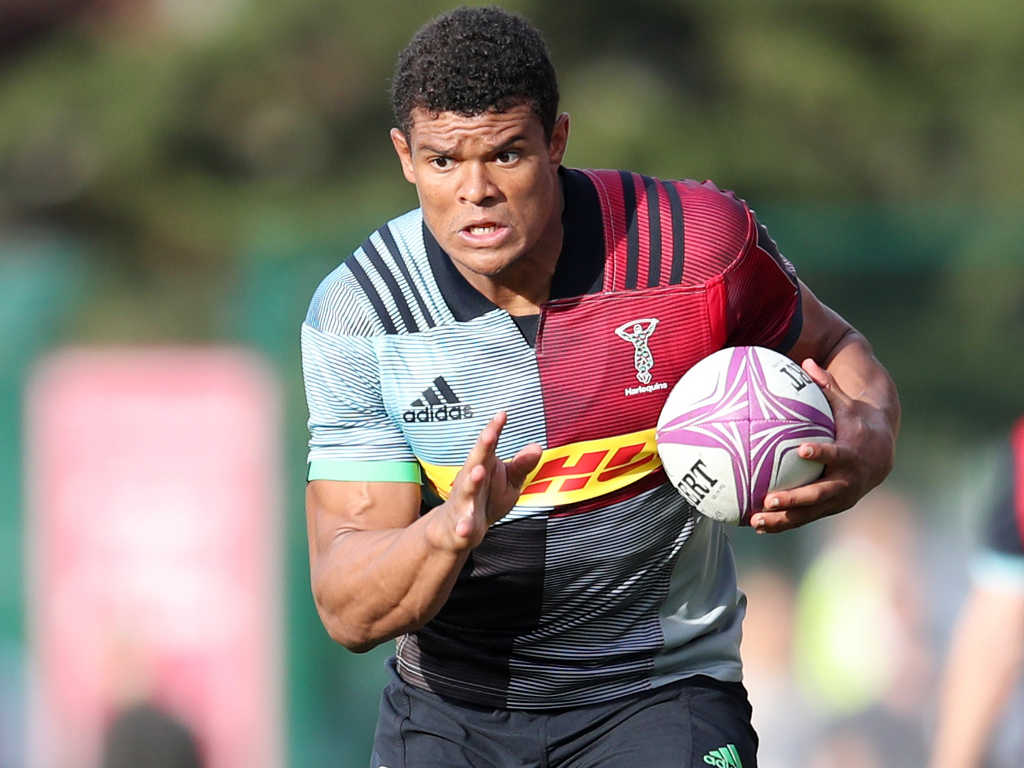 Harlequins have announced that popular wing Nathan Earle has signed a contract extension, promising to build upon an impressive start at the club.

Before sustaining a long-term knee ligament injury against Northampton Saints towards the end of the 2018/19 season, Earle bagged 11 tries in 23 Harlequins appearances, playing an integral role in an impressive 2018/19 campaign that saw the club fall just short of that season’s semi-finals.

Earle, 25, who arrived at The Stoop from London rivals Saracens in 2018, has regularly featured in England training camps – named in Eddie Jones’s wider squad ahead of the 2019 Six Nations – and scored in an uncapped fixture against the Barbarians in 2018 having toured Argentina with the national side the previous summer.

“I’m thrilled to be able to extend my time at The Stoop,” he said. “I felt like I was playing some of my best rugby before picking up a knee injury at the end of my first season.

“I’m still rehabilitating at the moment, but I’m excited to get back out there and pull on the jersey again.

“Gussy [Paul Gustard] has given me a real sense of confidence to go out there and play my game. I’m itching to get back out on the field.

“It’s exciting to commit to a squad with so much young talent coming through under Gussy alongside so many experienced players within the group. Once rugby returns, there should be exciting times ahead for the club.”

🗣️ “I’ve made some great friends at this club and I want to achieve something special with them.” #GallagherPrem

Commenting on Earle’s contract extension, Harlequins head of rugby Paul Gustard said: “We’re thrilled to have Nathan recommit his future to the club. Prior to his severe knee injury, he was demonstrating to everyone what I personally already knew, that he is a fantastic talent with the potential for explosive, match-winning performances.

“When we lost Nathan to injury, we lost more than just his fantastic talents as a player; we lost his energy, his personality, his competitiveness, and his leadership on the field. He was, and is, a key member of our playing group with the type of strong off-field behaviours and positive mindset that are fundamental to our environment.

“He has maintained his diligence and professionalism throughout his rehab along with the excellent direction of Elliot Clarke and the rest of our fantastic medical performance group.

“He has shown us the strength and competitive desire to get back out there in an improved physical condition if that was at all possible!

“I’ve watched Nathan progress as a youngster through to international recognition and latterly, of course, excel in his breakthrough season at our club. I have never had any doubts about his rugby ability and even less about him as a person, so personally, and as a club, we are excited that he sees his continued development in the Quarters.

“We are building a very exciting team that has the ability, the drive, and age profile to stay together for a long time.

“It is going to be a hotly-anticipated moment to see Nathan take the field with other young hotshots like Chis [James Chisholm], Cadan [Murley] and March [Joe Marchant], to name but three, alongside some incredible and more experienced talent like Danny Care, Joe Marler, and Mike Brown. Mix that in with new signings like Ashy [Chris Ashton], Andre [Esterhuizen], and Wilco [Louw] and we have the ingredients to really move on up when we return.”