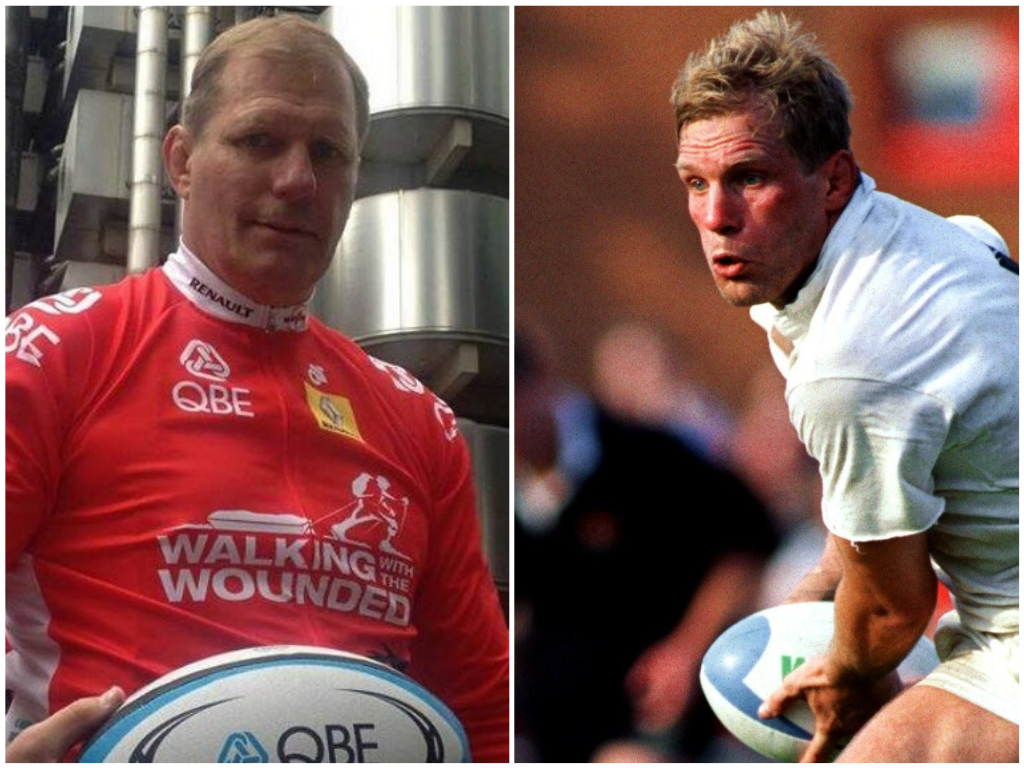 In this new exclusive three-part series for Planet Rugby, we speak to a trio of English rugby legends, all of whom played in a World Cup Final.

They relive their memories of both the tournament and the big day. We’ll be covering the 1991, 2003 and 2007 finals and first up is the great British Lions flanker Peter Winterbottom, a key component of England’s campaign in 1991.

“Looking back, I was part of both the inaugural 1987 tournament and the second, in 1991. When England went Down Under for the first World Cup, it was, frankly, a bit of a debacle; we were nowhere near the professionalism of the southern hemisphere sides (I mean professional with a small ‘p’!) and I think it was a rude awakening for us.

“The push to 1991 really started one day in Autumn 1988 when we beat Australia at Twickenham (I was unavailable for that game), when the RFU wisely appointed Geoff Cooke and Roger Uttley as some form of proper management team, with Will Carling installed as long term skipper. I kind of see those appointments as a legacy, the moment the sleeping giant of English rugby woke up and put in the structures and expectations we see in today’s game and team.

“Over the next three years we became an incredibly settled team where we managed to get selectorial consistency, which unsurprisingly, paid dividends in the form of results. We learned how to win close games, when to rein in our attacking ambition – in 1989 and 1990 we played very open rugby, which perhaps came home to roost during the infamous Murrayfield Grand Slam decider. We learned lessons that day about consolidating leads that helped us greatly in the years that followed.

“For the next year we worked hard on our fitness, culminating in a game we were well beaten in Sydney, but importantly, we’d matched the required levels for 80 minutes, something pleasing in defeat. By this time, we were a hard-nosed, professional outfit, deeply bonded and all committed to improvement.

“The 1991 World Cup kicked off with us playing against New Zealand. A Michael Jones try separated the two teams and although we lost, the signs that we could match the best were there. I am often asked about the challenge of Jones – he was a unique player to compete against, a different style to others around at the time. His support play was exceptional and I always focused not on matching his skill-set, but on what I did well – be abrasive, hit hard, dog it out, be physical. We were completely different in style despite being both opensides, and he was always a humble and gracious opponent to play against.

“In the pool stages we huffed and puffed a bit; some interesting results took place elsewhere, with an exceptional Western Samoa side smashing Wales to pieces in Cardiff, a message of just how strong southern hemisphere rugby was across the board. But by this time, we’d qualified, and importantly, we’d now have a run in in the quarter and semi-finals against northern hemisphere opposition, although our next two games were on the road.

“It’s hard to describe or put into words the sheer electric atmosphere that we faced at the old Parc des Princes when we faced a fired up and excellent French team. So much has been written about that game. We’d taken a massive call to drop Dean Richards after the pool stages, to try and get more pace into our back-row with Mike Teague moving to number eight and Mick Skinner coming it at blindside.

“We had no fear of Paris. We knew how to win there and we were confident that if we could ‘own the scoreboard’ we’d take the game; every yard carried counted, every tackle made was crucial – in short, we knew that we had the mental fortitude to compete in the cauldron of the Parc.

“The physicality was astonishing in that game. Utterly brutal. France were a massive team back then, with the likes of Oliver Roumat, Marc Cecillon and Eric Champ enormous men. France were using Roumat to lift in front of the posts when we chose to kick for goal, such was his athleticism. It was an incredible feast of rugby power, but we managed to hang on to be 10-10 when we entered the last quarter.

“There was a moment in the second half when we knew we’d broken them. We’d had a couple of long-range shots, changing kickers from Jonathan Webb to Rob Andrew and back again. Pascal Ondarts went flying through, off his feet at a ruck, to the extent he almost ended up in our half backs! Webby smacked a 45-metre penalty which gave us the breather we needed. A few moments later, a brilliant box kick from scrum-half Richard Hill onto Jean-Baptiste Lafond and we drove Will Carling over to seal a great win!

36 – @EnglandRugby made 36 offloads in their victory over Italy at Twickenham, the most by any side in a @rugbyworldcup match, with Peter Winterbottom responsible for a quarter of those offloads (9), the most by a player in a tournament match. Handy. #TBT pic.twitter.com/BxyANoqlpR

“Next up, we had a trip to our arch-enemies, Scotland. It’s worth noting that the Scots were in a purple patch of player quality – they were seriously formidable, with a superb loose forward trio, settled half-backs and both Hastings brothers at their peak. Right at that moment, there’s a strong argument to say they were playing the best rugby of the tournament, a fast rucking style inspired and relentlessly drilled by Jim Telfer and we knew we were in for a battle.

“When Geoff Cooke asked me how it went against France, I replied, rather nervously ‘Well, pretty well I thought’ – but I realised that Cookey was, perhaps firing a shot across my bows, reminding me of my role as a senior player, which was typical of his management style.

“The feeling we’d underperformed in 1990 was quite overwhelming and we harnessed that with great effect. There was, in fairness, little to choose between the teams, as was displayed by the final scoreline of 9-6. We scraped through, our mental toughness carrying us home, with my old pal Gavin Hastings missing rugby’s very own open goal just before the end when he pushed a 15m penalty right in front of the posts wide. Whenever I play golf with Craig Chalmers, he reminds me we’d be history if he’d have taken that kick – however, judging by the accuracy of his golf swing, I still reckon that’s a moot point!

“We decamped at Grantham for a day off before resuming at Tilney Hall, locked down in preparation. There was, perhaps, a nagging feeling of ‘had we played enough rugby?’ at Murrayfield and could we beat Australia the way we were currently playing. The consensus, and I mean consensus, was we needed to be more creative. Everyone had the confidence, and in fairness, we knew we could deliver.

“But this was a truly great Australian team. When you look back, the press have this fairy-tale view that we should have reverted to type and tried to beat them up. Seriously? They had world class forwards in every position in the pack, with an immensely powerful back-row built around the exquisite talents of Simon Poidevin and Willie Ofahengaue and to think that we could simply beat them up wasn’t the case.

“We gave everything on the pitch, trying to blindside the Wallabies with attacking ambition, but little things went Australia’s way – like the Timmy Horan fly hack that allowed the Tony Daly try – it could have gone anywhere but the bounce of the ball sealed our fate. The David Campese knock on – well we’d have gone the length but for that – and in another era, the outcome may have been way different. But you have to control your own game, not rely upon luck. Australia, from 1984 to 1999 had a golden era all built around this side. We were a high quality team, but on reflection, they were the best around at that time.

“The following Monday I was at work in the City (how times have changed!) and my phone rang – Brian Moore’s voice invited me out for a pint, probably exactly what was needed. We unpicked the match over several beers, plenty in fact. Brian was absolutely convinced our tactics were wrong, utterly seething that we’d not played tighter and furious we’d not picked an abrasive, more physical team. I disagreed and I disagree to this day.

“But in truth, English rugby was miles ahead of where we had been four years previously in New Zealand. It was a fantastic achievement – we’d been a shambles throughout the 80s. We’d changed the team culture and now had one that offered consistent selection, stable tactics and a collective will that saw the Genesis of England’s emergence as a true rugby power for the next 15 years.

“Looking back, maybe I’d like to change the result of the final, but Australia were a truly great side. It was an immense journey and one I am mightily proud of.”

We thank Peter for his time. Next up is Lewis Moody and 2003. And we all know what happened then.