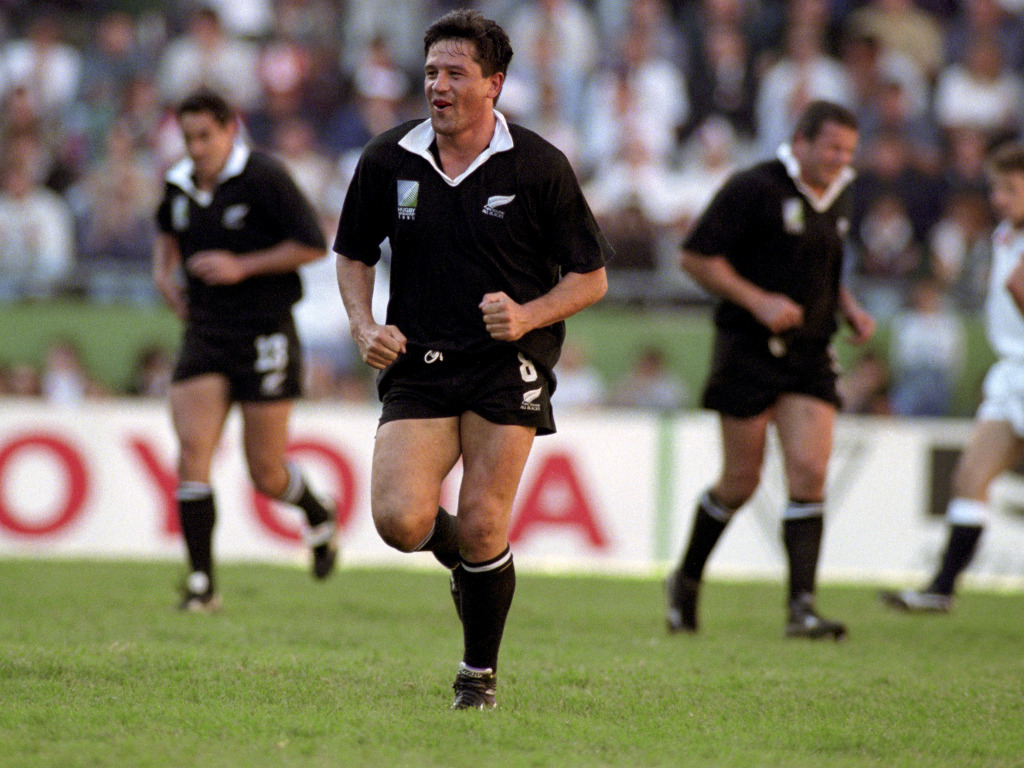 Ahead of the 2019 Rugby World Cup in Japan, we dig through the archives to highlight a hero from a previous tournament. Next up, it’s Zinzan Brooke.

Born on February 14, 1965 in Waiuku on New Zealand’s North Island, Murray Zinzan Brooke changed his name by deed poll to Zinzan Valentine Brooke whilst still in primary school. Brooke started playing rugby at a young age with his brothers on their farm paddock and began to excel at the game while in high school at Mahurangi College.

Brooke initially made his mark as a prop while in high school and represented New Zealand’s U17 side in that position. He soon moved to the back-row where he played for his country at U21 level and made his senior provincial debut for Auckland in 1986.

Blessed with a vast array of skills and natural flair, Brooke combined those attributes with toughness, durability and competitiveness and is widely regarded as one of the best number eights ever to play the game. He also represented the New Zealand Maori side and made his Test debut on the openside flank against Argentina during the All Blacks’ successful campaign at the 1987 Rugby World Cup in New Zealand. He celebrated that achievement by scoring a try in a one-sided match in Wellington.

With the experienced Wayne Shelford ahead of him in the queue for the All Blacks’ number eight jersey, Brooke had to wait until 1989 to win his second Test cap but by the time of the 1991 World Cup, he had established himself as his country’s first-choice for that position. That tournament saw New Zealand bowing out to eventual tournament winners Australia in the semi-finals and Brooke also tasted defeat with the All Blacks at the 1995 World Cup when they lost in the final to South Africa. 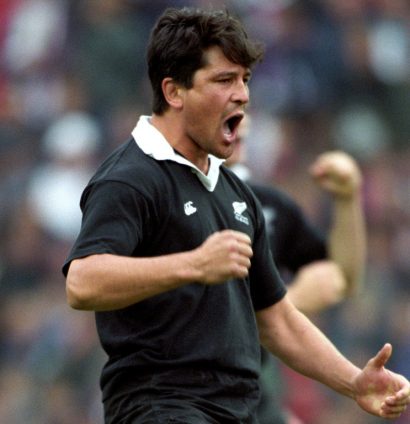 Despite those disappointments in the Test arena, Brooke enjoyed plenty of success at Super Rugby level and captained the Auckland Blues to tournament wins during the 1996 and 1997 Super 12 tournaments. Brooke is remembered as one of the great All Blacks and he went on to play in 58 Tests for his country, scoring 17 tries before retiring at the end of 1997. After that, he joined English club Harlequins and spent four years with the London-based outfit as a player and a coach.

During the 1995 tournament in South Africa, New Zealand delivered several outstanding showings on their way to the final and Brooke was one of their standout performers. By the time they reached the semi-finals, they were the favourites to win the competition, after cruising through the pool phase with wins over Ireland, Wales and Japan before notching a 48-30 victory over Scotland in the quarter-finals at Loftus Versfeld in Pretoria.

New Zealand’s semi-final against England at Newlands in Cape Town will always be remembered for the superb individual performance from their behemoth wing Jonah Lomu, who scored four tries during that match. However, midway through the first half Brooke left his stamp on the match with a brilliant piece of individualism. This, when he fielded a missed touch kick from England captain Will Carling close to the halfway line before landing a monster drop goal from 45 metres out to the astonishment of all those in attendance. That score gave his side a deserved 18-0 lead at the time and helped pave the way to a memorable 45-20 victory.

Although the match will mostly be remembered for Lomu’s devastating attacking display, Brooke’s amazing effort will also live on long in the memory as a drop goal from a forward was such a rare feat at the time and still is today. The legendary All Black number eight admitted afterwards that he practised his drop kicking skills regularly and showed that his achievement at Newlands was no fluke by landing further drop goals in Tests against South Africa in 1996 and Wales in 1997.