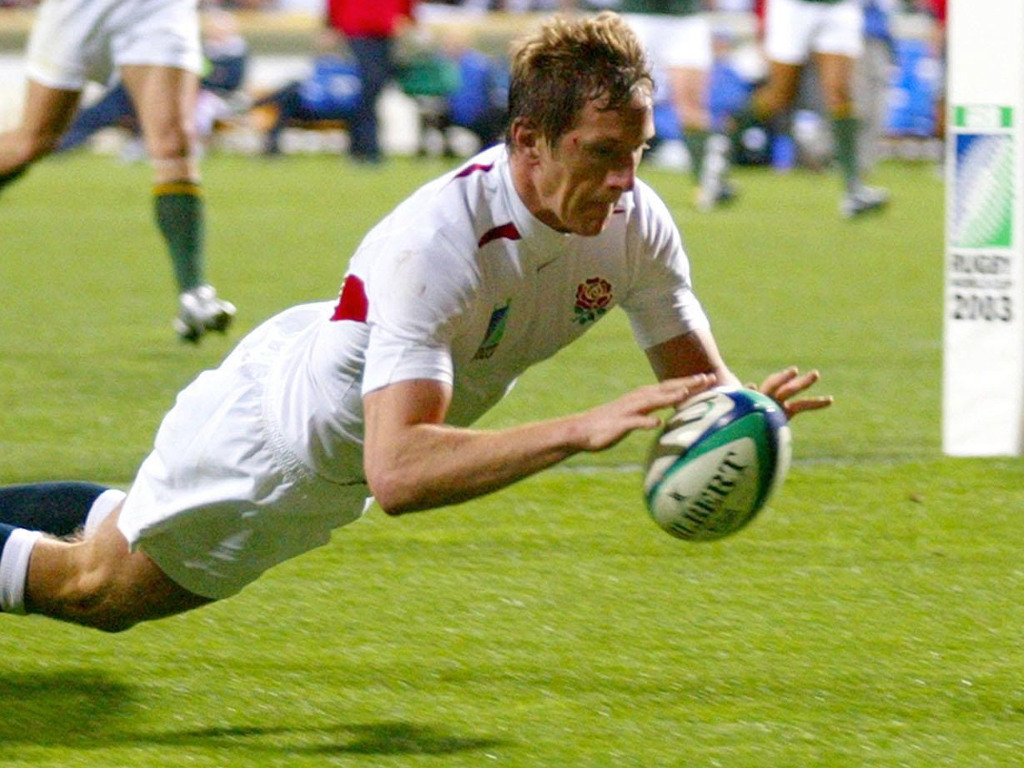 Ahead of the Rugby World Cup in Japan, we dig through the archives to highlight a hero from a previous tournament. Next up, it’s Will Greenwood.

William John Heaton Greenwood made 55 appearances for England during a fine international career, claiming Six Nations and Rugby World Cup glory in a glittering period for the Red Rose. Born in Blackburn, Greenwood progressed through school before studying Economics in Durham. He then moved to London to work in the banking sector as rugby union was only starting to enter the early years of its professionalism.

Harlequins was his first professional club for whom he played 25 times before Leicester Tigers came calling. He ran out 151 times for the Welford Road outfit and his form there led to his first England call-up and a debut against Australia at Twickenham on November 15, 1997.

A return to Harlequins would come ahead of the 2000/01 season where he made a further 82 appearances, helping them gain promotion back to English rugby’s top flight at the first time of asking, with the intelligent centre going down as one of the club’s most memorable players.

On the international stage his greatest achievement is, of course, lifting the World Cup in 2003 and he was also selected to tour on three British & Irish Lions trips (1997, 2001 and 2005), playing in two Tests while being an excellent squad member and role model off the field.

For those who aren’t aware, Greenwood has not had a playing career without complications. In 1997 while playing against Free State for the British & Irish Lions on tour, the young uncapped centre swallowed his tongue after being brought to ground and admits he can’t remember a thing until four days later when the team were then in Durban. Fortunately he survived a frightening experience for both player and family.

Off the field has also been testing for the now 46-year-old as his first son, Freddie, died 45 minutes after birth in 2002. It was a very difficult time for both Will and wife Caro and in 2003, while in Australia representing England in the World Cup, a call came through that Caro had been rushed into intensive care at 20 weeks pregnant. Greenwood opted to play the vital upcoming game against South Africa before flying home to be with Caro, whose consultant had stitched her cervix, which thankfully meant Archie would be born only three weeks prematurely.

How Greenwood was able to focus on the pool clash with the Springboks is an achievement in itself, but he topped that by scoring the only try of the game in a 25-6 victory. Jonny Wilkinson’s form was also vital in the fixture but for Greenwood to keep his focus and put in as solid a performance as he did was remarkable. He would then go on to shine against Wales, scoring another crucial try in that quarter-final win, as he contributed greatly to England’s eventual World Cup triumph, with that effort against the Boks standing out for obvious reasons.