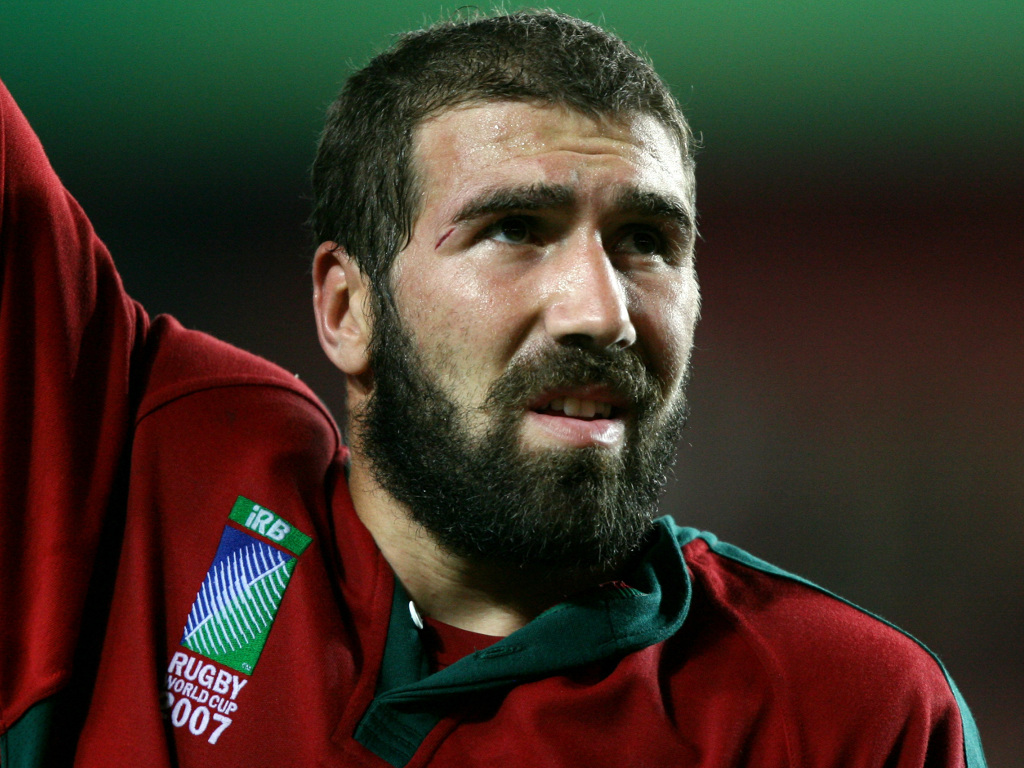 Ahead of the Rugby World Cup in Japan, we dig through the archives to highlight a hero from a previous tournament. Next up, it’s Vasco Uva.

Vasco Uva came to rugby late. At various stages a lawyer, a student, a father, Uva seemed to have had many things that sat alongside rugby in his life. But from the false start of his first training session – a broken nose delaying proceedings – Uva was the beating heart of Portuguese rugby, and the man who eventually captained them on the world stage.

Across the course of a senior career that lasted from 2005 to 2018, he was the figurehead of Portuguese heavyweights, Direito, and a Test centurion, captaining Os Lobos 20 times and scoring 65 points.

A dedicated amateur, Uva eventually turned his hand to professional rugby in France in 2008, but by his own admission didn’t take to it. Others were fitter and the monotony of train-eat-train didn’t seem to suit his agile mind. Perhaps the experience couldn’t quite match the purity he’d experienced as captain of the Portugal team in the 2007 World Cup, a time Uva described as the happiest of his life.

Rightly, Portugal were one of the stories of the World Cup, an amateur team of lawyers, managers and students who fought through a four-year qualification period, finally beating Uruguay with 12 points from the boot of Duante Cardoso Pinto to qualify for France. Before returning to work after the game, Uva spoke of qualification as an incredible prize that had come from his family; the Portuguese team. But there was much more to come.

Portugal faced tournament favourites New Zealand in that World Cup, an incredible but overwhelming opportunity for a group of amateurs. Uva became my eternal World Cup hero in that game, not for what he did in the 80 minutes of the match, but for what he did before it, during the Portuguese national anthem.

As the anthem starts, the camera moves along the line, lingering on the raw emotion of the Portuguese players and eventually coming to rest on Uva. At the end of the line in the captain’s position, one arm gripping his team-mate, the other clutching his country’s badge, Uva looked like he was pouring his soul into the anthem. As he breathed heavily, the emotion clearly threatened to overtake him, but he calmed himself to move towards his team as their leader. The image was the purest distillation of everything that is good in rugby; the togetherness, the passion and the deep love for the game that drives us to make such great sacrifices in its pursuit.

That anthem was the culmination of Uva’s four-year journey across four continents, a journey that he made for his country, for his team-mates and finally for his sport. A journey to the very pinnacle of world rugby. A journey that showed the Rugby World Cup remained romantic, a tournament that still gave opportunity to those across the world with enough dedication and heart.

For the purists, a greater moment came when Portugal went through eight phases to eventually score a pick-and-go against the monstrous New Zealand pack, much to the delight of the crowd. But that image of Uva stays with me now, a man who had worked so hard to be at that point and was passionately in his element, leading his country as they gained respect from across the rugby world.