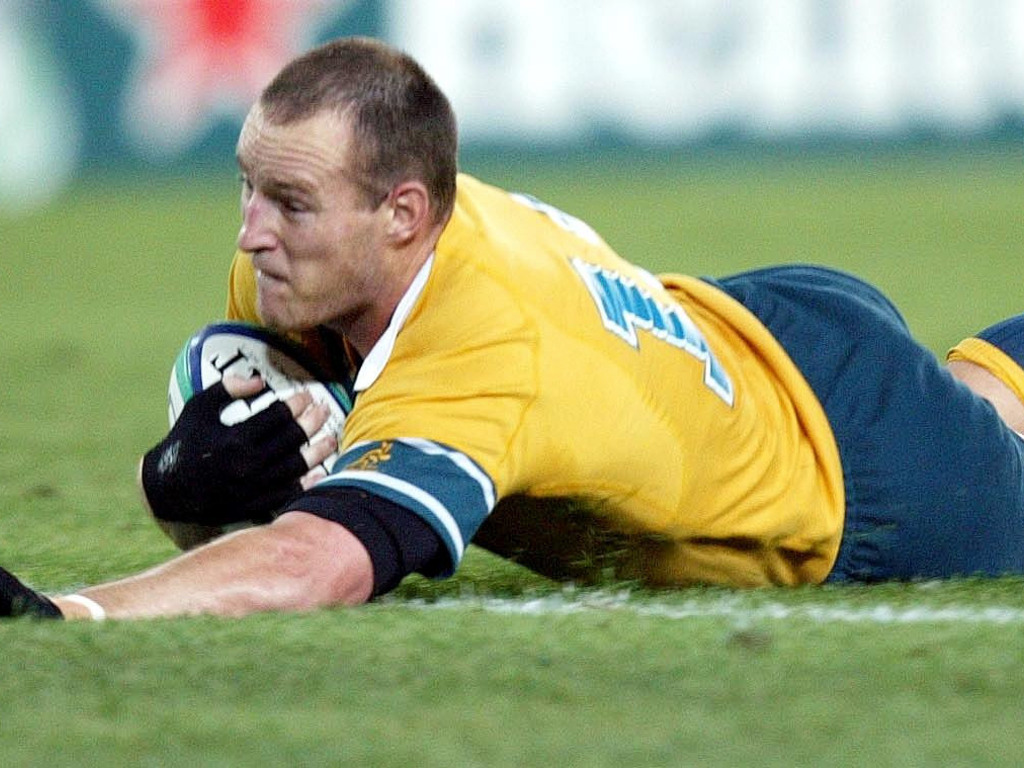 Ahead of the Rugby World Cup in Japan, we dig through the archives to highlight a hero from a previous tournament. Next up, it’s Stirling Mortlock.

Stirling Austin Mortlock was born on May 20, 1977 and is one of Australian rugby’s legendary figures. He played 80 matches for his country, scoring 489 points which included 29 tries, while his leadership and significant presence at outside centre made him a key cog in the side.

Mortlock is also a Brumbies legend as he played for them from 1998, helping the Canberra-based franchise to Super Rugby glory in 2001 and 2004. However, the latter final triumph didn’t see Mortlock involved as he was ruled out due to injury.

The powerful wing, and later centre, made his Wallabies debut in 2000 and would become the fastest Australian to hit 50 and then 100 points. He also helped his country claim the Tri-Nations silverware that year in what was one of the great Wallaby sides, which managed to bounce back from that epic first round 39-35 loss to New Zealand in front of 109,874 in Sydney to win their remaining games and seal the trophy.

While he never won the Rugby World Cup, Mortlock’s career is one rich in success as he helped Australia reach the final in 2003. A shock defeat to England in the 2007 quarter-finals was his last Rugby World Cup appearance but he continued to play for his country until 2010.

We go back to 2003 and the semi-final against New Zealand when Mortlock’s early try proved decisive for Australia in their 22-10 victory.

The Wallabies had beaten Argentina (24-8), Romania (90-8), Namibia (142-0) and Ireland (17-16) in the pool stages to claim top spot which meant they would go on to face Scotland in the quarter-finals. Mortlock crossed in that fixture for his third try of the 2003 tournament.

It was then a showdown with bitter rivals the All Blacks, who were favourites to come out on top, for a spot in the final. New Zealand started the game well but, after surviving an onslaught on their own line, the match turned on its head on nine minutes. Mortlock was the architect of the breakout as he snaffled Carlos Spencer’s speculative pass and raced off for the try-line from his own 22 to make it 7-0.

That stunned the All Blacks and with Elton Flatley slotting a further six points it was a 13-0 buffer before the visitors hit back before half-time. Flatley’s solid boot kept New Zealand at arm’s length until the final whistle as the Wallabies booked their ticket to the final.

Mortlock’s part in that win was vital as his try gave both his team-mates and fans in the stadium a significant lift early on while also landing a psychological blow to New Zealand, who would suffer knockout heartbreak and George Gregan’s “four more years” comment to boot.