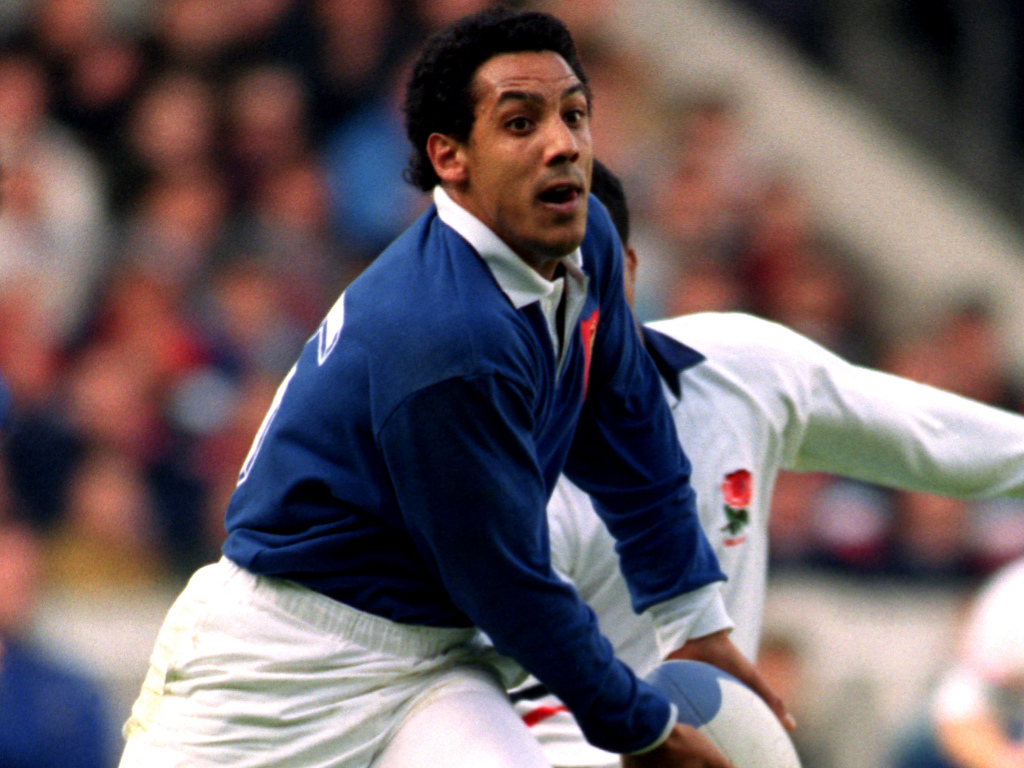 Ahead of the 2019 Rugby World Cup in Japan, we dig through the archives to highlight a hero from the tournament. Next up, Serge Blanco.

Born in Caracas, Venezuela, on August 31, 1958 to a Venezuelan father and a Basque mother, Serge Blanco was raised in Biarritz, France. He played all his club rugby for Biarritz and made his Test debut in France’s 37–15 defeat to South Africa at Loftus Versfeld in Pretoria in November 1980. Widely regarded as one of the best attacking players to ever play the game, Blanco’s counter-attacking ability – from anywhere on the field – made him a firm favourite with Les Bleus supporters.

Despite spending his entire career at Biarritz, Blanco never won a French national championship as a player. The closest he came to achieving that feat was in his last competitive appearance when Biarritz suffered a 19-14 defeat to Toulon in the final in Paris. He did serve as Biarritz’s president after his retirement and was in that role when they won the championship in 2002 and 2006.

In the international arena, he played in 93 Tests and scored 38 tries which is still France’s Test try-scoring record. Blanco, who is reputed to have smoked 40 cigarettes a day in his prime, helped France to a Rugby World Cup Final in 1987 – which they lost to New Zealand – and captained his country at the 1991 tournament, but announced his retirement from Tests after their quarter-final defeat to England. He was among the inaugural set of rugby players inducted into the International Rugby Hall of Fame and was also inducted into World Rugby’s Hall of Fame in 2011. 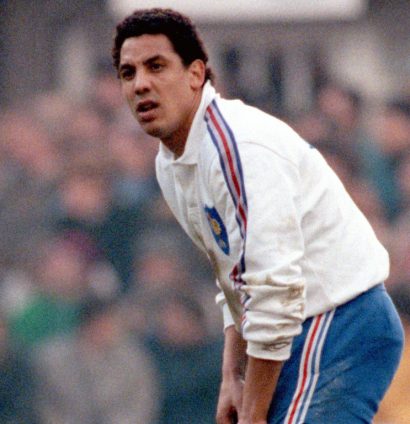 Blanco was renowned for his ability to get Les Bleus out of trouble when they had their backs to the wall. In the 1987 Rugby World Cup semi-final against the Wallabies at the Concord Oval in Sydney, he left his stamp on the match by scoring the match-winning try in the game’s dying moments.

With the game played in Australia, the Wallabies were the favourites to advance to the final but France had other ideas and momentum between the sides ebbed and flowed throughout. Earlier, David Campese and David Codey scored tries for the home side with Alain Lorieuz, Philippe Sella and Patrice Lagisquet crossing the whitewash for Les Bleus. Both sides relied heavily on their goalkickers, however, with Michael Lynagh contributing 16 points via the boot for Australia and Didier Camberabero kicked 14 points for France.

With the sides deadlocked at 24-24 and time running out on the clock, Blanco launched a counter-attack from just outside his 22. He threw a pass to Lagisquet, who booted the ball upfield but the Wallabies failed to gather which proved fatal for them as France soon regained possession. The ball went through several pairs of French hands before Laurent Rodriguez threw the final pass to Blanco, who outsprinted the cover defence before diving over in the corner for what is regarded as one of the most famous tries in French history and among the most dramatic moments in the history of the tournament.