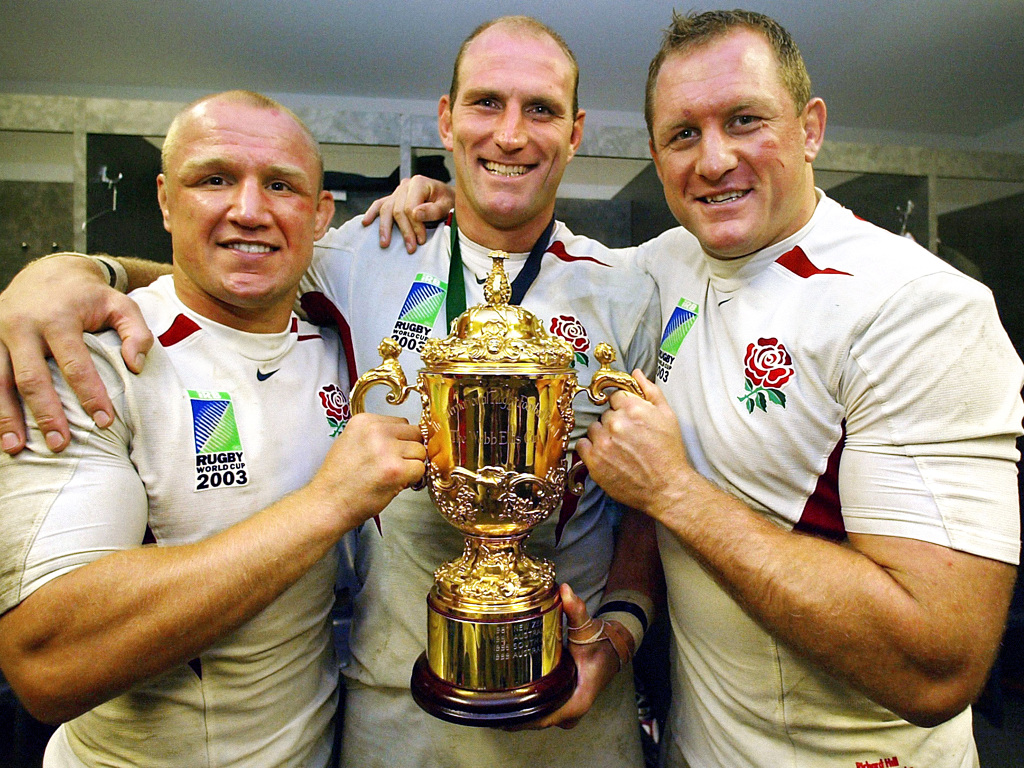 Planet Rugby continues its series as we dig through the archives to highlight a hero from a previous Rugby World Cup. Next up, Richard Hill.

Richard Hill MBE played 71 Tests for England and five for the British and Irish Lions, scoring 13 tries during a fine international career.

Hill made his England debut in the 1997 Five Nations against Scotland and went on to appear in 10 Rugby World Cup matches, losing only one, the quarter-final against South Africa in 1999. The back-row forward also scored just the one try in the tournament, coming against Tonga.

He was a key part of England’s winning side in 2003 and is currently England Team Logistics Director for the 2019 Rugby World Cup in Japan.

Few players have the honour of being known only by a one word nickname throughout the game.

Down south you have Campo, Jonah, Richie, Bakkies and Zinny. Up north you have Jonny, Benny, Jase, Mouse, Gar and of course, England’s finest, the man known simply as Hilly.

Hill was simply the most effective player ever to don a rugby shirt.

Rarely noticed unless he wasn’t playing, his work rate, physicality and rugby IQ was peerless and it’s rare to find any all-time XV to play Mars or Venus where Hill doesn’t feature on the blindside flank.

It was Jack Rowell’s obsession with finding a big seven to fill the boots of Peter Winterbottom that led Hill to his first cap in the 1997 Five Nations. The following season a chance substitution versus New Zealand, when new coach Sir Clive Woodward yanked off Tony Diprose, created a back-row of Hill, Neil Back and Lawrence Dallaglio, who became known collectively as the Holy Trinity and were inarguably one of the greatest loose trios in the history of the game. Ironically, Hill was the man who moved over from open to blind to accommodate Back and from that moment on until the Rugby World Cup final in 2003, England’s success was more or less defined by the success of their blisteringly fast and physically dominant back-row. 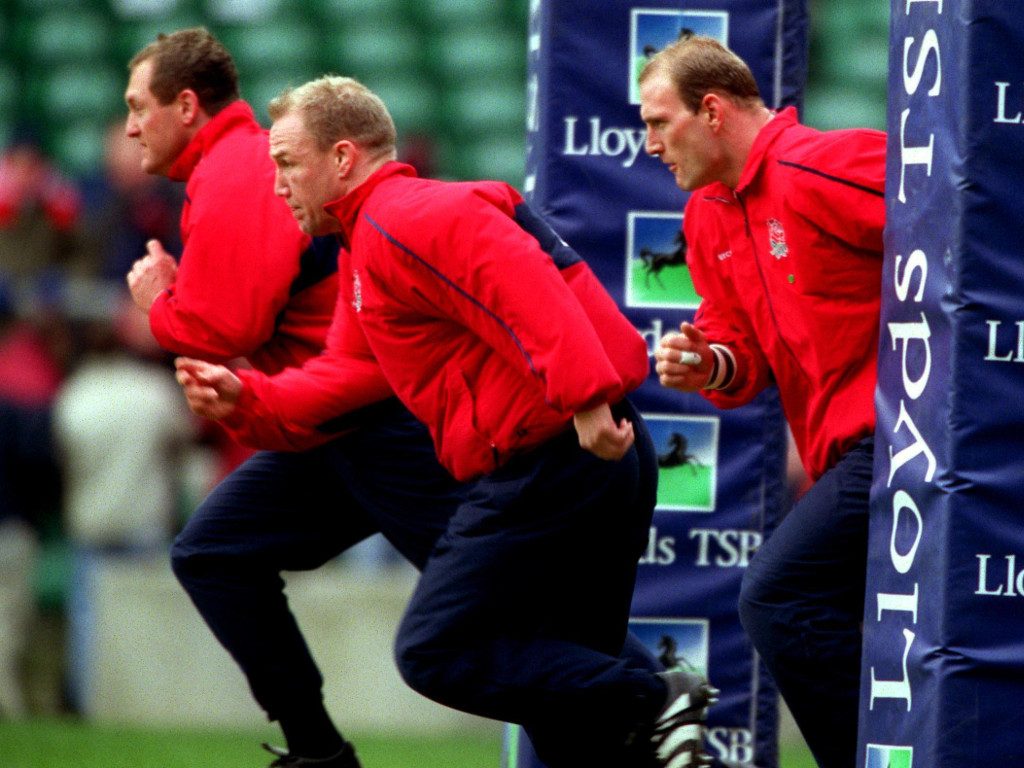 They made their teammates feel safe and watching their pre-match warm-up ritual was defining it itself. All three would run out like a pack of hunting dogs, habitually touching each flag on the ground, marking their territory. It was so tribal that one half expected them to cock their leg and wee on the posts, reminding all that this was their land and woe betide anyone who dare come near them.

For some six years, Hill was the glue that held England and the British & Irish Lions together. Man-of-the-match awards proliferated and his destruction of the much vaunted George Smith in the 2001 Lions Test showed just how his mind ticked. Playing at openside that day, Hill remarked after the game, “I knew that George was shorter than I and that once he was clamped over the ball, I’d got no chance of winning it, so I elected to allow him to win when he could and then I’d use my power to pick him up and secure the contact.” It worked well and, despite completing only one-and-a-half Tests in that series, Hill was named as the Man of the Series.

Rolling the clock forward, when England beat all in front of them in 2002/03 the Saracen was ever-present and put in some defining performances, notably against the All Blacks in Wellington. With 36 minutes gone on the clock and faced with both Dallaglio and Back in the sin-bin, Hill was the solitary loose forward against a salivating New Zealand scrum camped under England’s posts and with the put in. New Zealand won their own ball and their tighthead, Greg Somerville, got his side up and wheeled right, so theoretically, number eight Rodney So’oialo could break off the base and dot down unopposed.

However, they reckoned without England’s one-man back-row Hill, who in one incredible action broke and tackled, hitting the Kiwi eight so hard he went backwards. Quickly getting to his feet, the Englishman jackaled, New Zealand were penalised for not releasing and a relieved Jonny Wilkinson cleared 40 metres for touch. It was the defining moment of the year for England and their belief went sky high and thereafter was unshakeable.

It’s therefore somewhat paradoxical that when England arrived in Australia for the World Cup two months later, the Saracen twanged a hamstring in the opening game versus Georgia. Woodward had already gone on record as categorically saying any player who was not available for a match would be immediately replaced. However, all people are equal, but some are more equal than others and as Hill’s hamstring refused to come good, Woodward quietly ignored his own edict, leaving the great man to recoup by the pool or on the physio’s table whilst England, without their talisman, bumbled and stuttered to overcome sides they should have put away with ease. 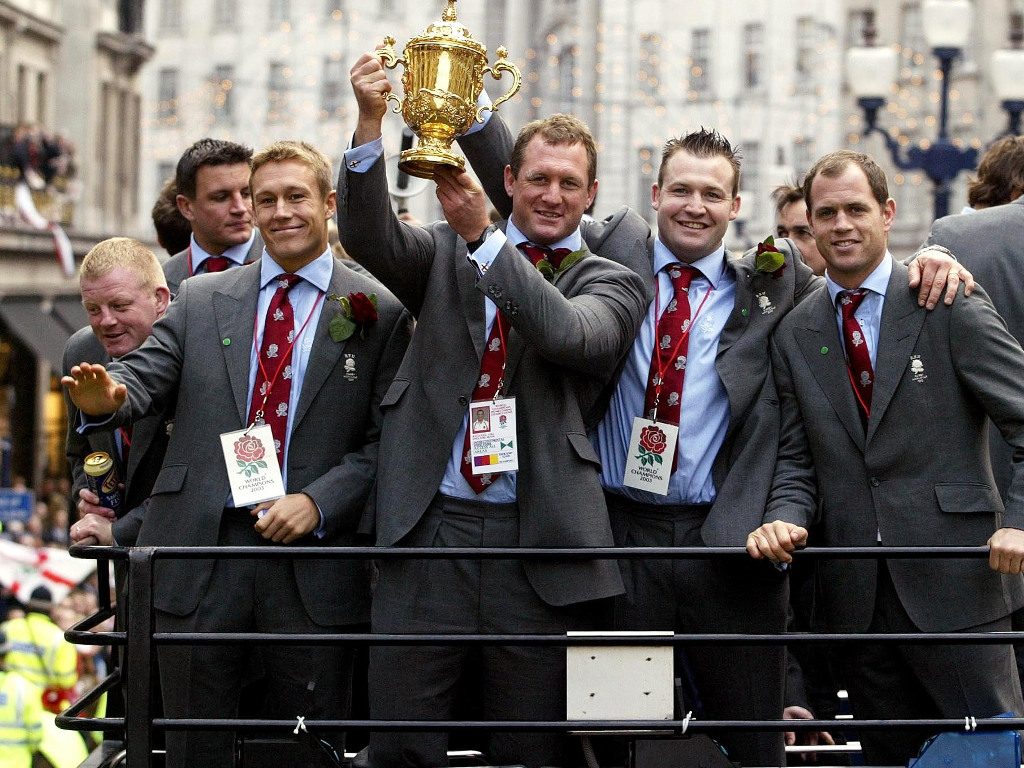 Eventually, the frustrating injury healed and the frustrated Hill was selected in the semi-final versus France, where his defining moment unfolded.

In the 10th minute France had a lineout 10 metres out from England’s line; Raphael Ibanez overthrows a middle ball, and somehow, the throw eludes all and Serge Betsen scrambles through a gaping defensive hole left by Hill to score the opening try.

Why was this Hill’s defining moment? Well, simply put, it’s just about the only mistake anyone can recall him making in his entire 71 caps for England. Yes, he recovered, putting in a massive shift in that game and the final itself, where his footballing skills overturned a period of Australian pressure with a fly hack the length of the field and put England in a position to score their opening try. It was a masterful performance in that defining day and one that rewarded Hill for all his industry.

Post-World Cup, a horrendous knee injury curtailed his career and international appearances were at best, sporadic, at worst, non-existent.

Above all, he defined the English way; stoical, committed, intelligent and excellent. His career was one of the quiet man delivering the dark arts par excellence. To sum it up, when asked by a rugby journalist to tell a joke, the great man replied: “Sorry, I’m not the one who tells the jokes, I’m the one that just gets on with it.”

That’s Hill in a nutshell. The silent assassin, a man defined by performance not words.