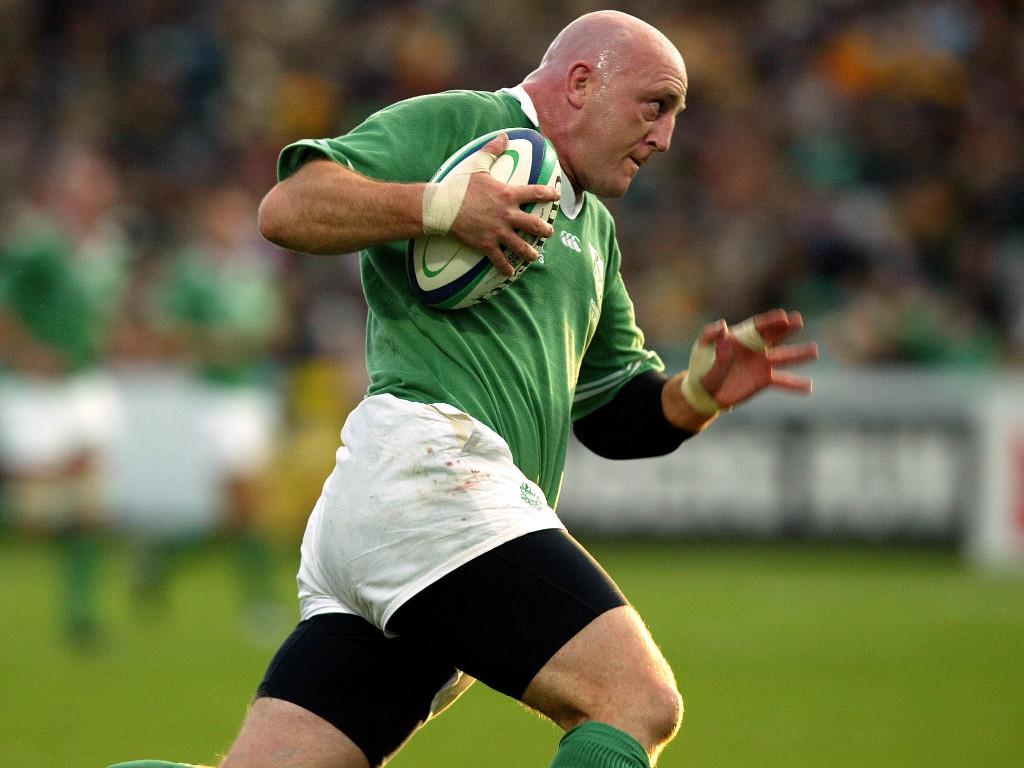 Ahead of the 2019 Rugby World Cup in Japan, we dig through the archives to highlight a hero from the tournament. Next up, Keith Wood.

Keith Gerard Mallinson Wood was born in Killaloe, County Clare, and educated at St Munchin’s College in Limerick. He is the son of Gordon Wood, who played for Munster, Ireland and the British & Irish Lions during the 1950s and 60s. Keith Wood’s rugby career started at the Garryowen club which he helped win All Ireland titles in 1992 and 1994.

Wood, who is an iconic figure in Ireland and regarded as one of the game’s best ever hookers, moved to the famous Harlequins club in England in 1995. Prior to that, he made his Test debut against Australia in Brisbane in 1994 – a match which the Wallabies won 33-13 – and he would go on to captain his country in later years. During the 1999-2000 season, he played for Munster and helped them reach the final of the Heineken Cup in which they suffered a narrow 9-8 defeat against Northampton Saints at Twickenham. The following season he returned to Harlequins, who he represented until his retirement in 2003.

In 1997, Wood played an integral part for the British & Irish Lions during their 2-1 victory over the Springboks in South Africa and also played for the famous touring team when they suffered a series defeat by the same margin against the Wallabies in Australia in 2001. He also represented his country at three Rugby World Cups – in 1995, 1999 and 2003 – and was the first recipient of the IRB International Player of the Year award in 2001. Wood retired after playing in 63 Tests – 58 for Ireland and five for the Lions – and was inducted into the International Rugby Hall of Fame in 2005 and World Rugby’s Hall of Fame in 2014. 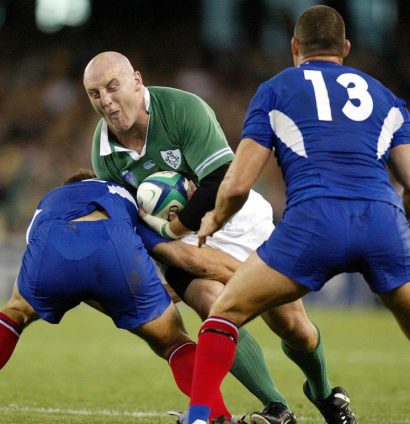 At the 1999 tournament in Wales (matches were also played in Ireland, England, France and Scotland) Ireland were drawn in a pool along with Australia, USA and Romania. Ireland’s opening game was against the Americans at Lansdowne Road and Wood’s dynamic style of play proved too much for the Eagles as he would go on to score four tries in a 53-8 victory for the home side.

Wood’s first try was scored off the back of a drive deep inside the USA’s 22 during the first half. He followed that up with three five-pointers in the second period with the first of those coming after a pick-and-go move from a ruck close to the visitors’ try-line. He sealed his hat-trick when he was first to a loose ball at a lineout on the USA’s five-metre line and rounded off a brilliant performance when he dotted down after gathering the ball from a perfectly-weighted chip kick from Eric Elwood.

That feat puts him in a select band of players who have scored four or more tries at a Rugby World Cup – along with Jonah Lomu, Bryan Habana, Chester Williams, Josh Lewsey, Gavin Hastings, Mils Muliaina, Craig Green, John Gallagher, Zac Guildford, Chris Latham, Marc Ellis, Ieuan Evans. Vereniki Goneva and fellow Irishman Brian Robinson – but what makes Wood’s achievement so remarkable is that he is the only front-five forward amongst that special group.