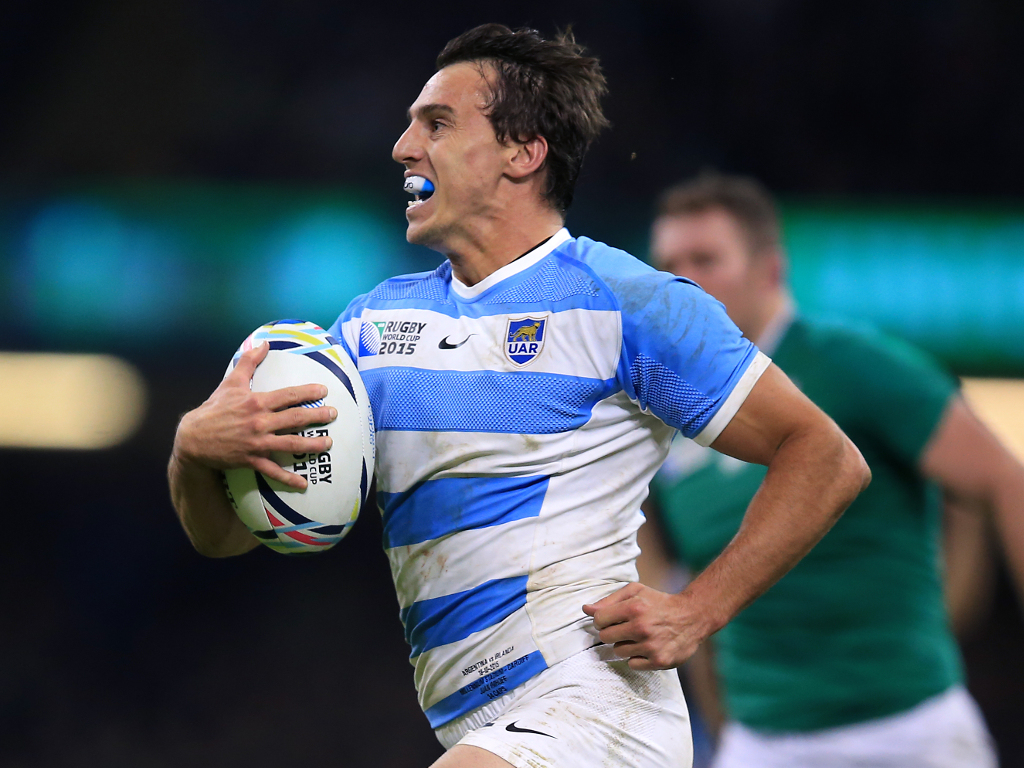 Ahead of the Rugby World Cup in Japan, we dig through the archives to highlight a hero from a previous tournament. Next up, it’s Juan Imhoff.

Juan José Imhoff was born on May 11, 1988 in Rosario and he has played in two Rugby World Cups to date, with a third unlikely after he was left out of head coach Mario Ledesma’s 31-man squad for the upcoming tournament in Japan. He plays his club rugby for French side Racing 92.

Imhoff made his international debut against Chile in 2009 and showed his quality immediately, scoring four tries which proved the lethal winger belonged at the top level. He would go on to feature in the 2011 Rugby World Cup, scoring two tries as the Pumas reached the quarter-finals.

His move to big-spending Racing further enhanced his career and he impressed on both the domestic and European scene, demonstrating an uncanny knack of being in the right place at the right time. He helped Racing 92 lift the Top 14 in 2015/16 at the Camp Nou, despite being down to 14 men for the majority of the game, and was runner-up in the Champions Cup in 2015/16 and 2017/18 as that sought after prize still eludes him.

However, one tournament stands out when discussing Imhoff and that’s 2015 when he was a key player in their epic journey to the semi-finals.

Argentina had breezed into the quarter-finals after comfortably seeing off Georgia, Tonga and Namibia, those wins coming after they caused New Zealand plenty of problems before succumbing to a 26-16 loss at Wembley. They were therefore full of confidence ahead of the knockout stages.

It showed as they blew away Ireland, who had topped their pool after beating rivals Italy and France, with a superb performance in Cardiff.

Running in two tries in each half they proved too much for the Irish and Imhoff was one of the Pumas’ heroes as he picked up a wonderful brace. Footage of Argentina’s coaching team celebrating his second crossing will live long in the memory as they booked a coveted semi-final spot.

Following Matias Moroni’s swift score Imhoff’s first try came on 10 minutes as he showed pace and awareness to dot down in the tightest of spaces after collecting Santiago Cordero’s chip over the top. That shot the Pumas into a 14-0 lead which left Ireland shell-shocked early on.

Despite Luke Fitzgerald orchestrating a revival for the men in green the Pumas continued to threaten as their lethal attacking weapons sliced through at will. With the score at 26-20 in Argentina’s favour, Joaquin Tuculet’s try on 69 minutes gave them much-needed breathing space.

Three minutes later Imhoff’s big moment arrived. In possession just inside their own half the ball found its way to Juan Martin Fernandez Lobbe and his offload inside found the form wing who stepped the full-back before fending Dave Kearney en route to a match-sealing score.

That prompted mass celebrations amongst the Argentine players, supporters and coaches as they had made the last four once again. While the Wallabies overcame them in the semis it was still a solid Rugby World Cup for the Pumas and Imhoff, who ended with five tries to his name.