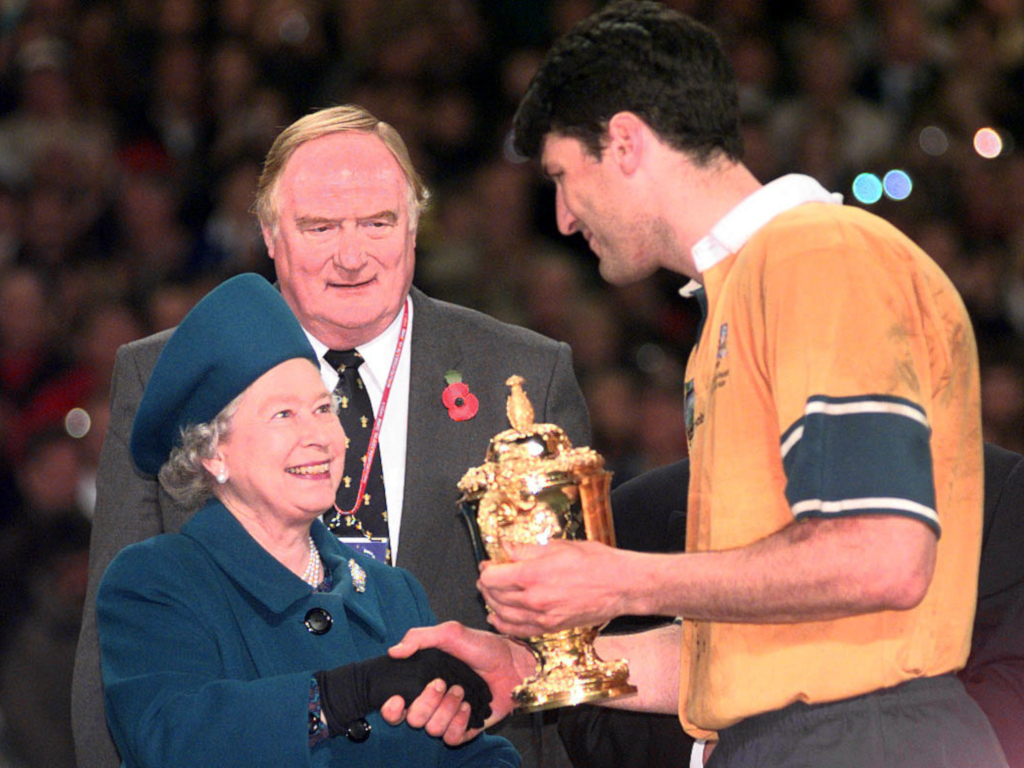 Ahead of the 2019 Rugby World Cup in Japan, we dig through the archives to highlight a hero from the tournament. Next up, it’s John Eales.

John Eales was born in Brisbane on 27 June 1970 and is regarded as one of the game’s all-time greats. Nicknamed ‘Nobody’ because, well, ‘nobody’s perfect,’ it gives you an idea as to how he was regarded by team-mates and fans alike. A lock who was proficient at the set-piece, Eales was considered one of the most skilful players around and was exceptional in the loose. The second-row was also, rather incredibly, a very good place-kicker and sometimes took the tee for the Wallabies. As a result, he scored 173 points during his 10-year international career, which included just two tries. 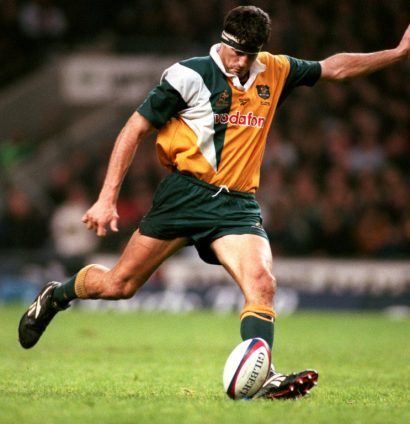 Eales had always been a good all-round sportsman and was a talented cricketer, but it was in rugby where he focused his talents. He was a loyal Queenslander so it was obvious that the lock would play for the Reds throughout his career, but it was evidently on the international stage where the forward gained wider recognition.

The second-row has won two World Cups with Australia – in 1991 and 1999 – and captained his country on 55 occasions after taking the armband from Rod McCall. At the time of his retirement, Eales was the most-capped lock in Test history – although he has since been overtaken – and boasted a winning record against the All Blacks at the end of his career, winning 11 of their 20 contests. His final series saw him skipper the Wallabies against the British and Irish Lions as they came from 1-0 down in the three-match tour to take it 2-1, ending his career in typically ‘perfect’ fashion.

Eales was outstanding in whatever game he played in, so there are plenty of individual moments to choose from on the field, including an excellent cover tackle in the 1991 final, but the image of him collecting the Webb Ellis Cup from Queen Elizabeth II in 1999 always stands out. The second-row also became, alongside Jason Little, Tim Horan, Phil Kearns and Dan Crowley, the first players to win the competition twice.

They were excellent throughout the 1999 World Cup – with the semi-final encounter against South Africa their toughest challenge as the Wallabies edged the game 27-21 – and Rod Macqueen’s men dominated the final. France, who had stunned New Zealand in the last-four, had little answer to Australia as Owen Finegan and Ben Tune touched down, while Matt Burke added 25 points from the tee in the 35-12 triumph. That meant Eales could have his moment and collect the trophy from the Queen.