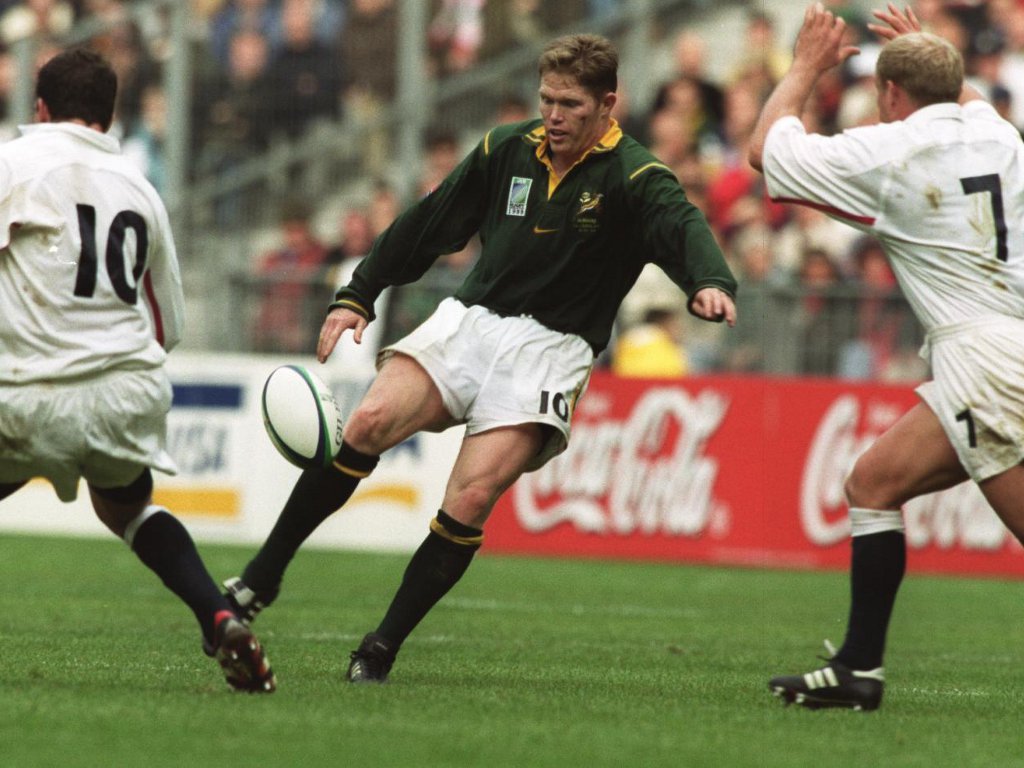 Ahead of the 2019 Rugby World Cup in Japan, we dig through the archives to highlight a hero from the tournament. Next up, Jannie de Beer.

Jan Hendrik de Beer hails from the city of Welkom in South Africa and he made his provincial debut as a 19-year-old for Free State in the Currie Cup in 1990. The fly-half represented the Junior Springboks against the All Blacks in 1992, as well as the South African Barbarians on their tour to the United Kingdom in 1993. De Beer, who was renowned as a kicking fly-half, moved from Free State to the Johannesburg-based Gauteng Lions in 1995 but he spent long periods on the sidelines due to injury before returning to his former province in 1996.

In 1997, De Beer shone for the Free State Cheetahs during their Super 12 campaign and he made his Test debut later that year in the Springboks’ 35-16 win over the British and Irish Lions at Ellis Park in Johannesburg. He represented South Africa in 13 Tests and only played in one Rugby World Cup but his brilliant performance in the Boks’ 1999 quarter-final win over England – in which he kicked 34 points – at the Stade de France left a lasting legacy. He also had stints at English clubs London Scottish (1998-1999) and Saracens (2000-2001).

De Beer is best remembered for that quarter-final performance against England in Paris in 1999, especially the feat of succeeding with five drop-goals which is still a world record at Test level.

Like Jonah Lomu’s excellent attacking display at the 1995 World Cup in South Africa, De Beer’s freak performance knocked England out of the tournament yet again. Remarkably, all five drop-goals were kicked in the second half after South Africa held a slender 16-12 lead at half-time, while he also succeeded with a couple of conversions and four penalties.

De Beer’s goal-kicking heroics cemented his place in the Springbok starting line-up and he wore the number 10 jersey again in their semi-final against Australia. He was a marked man, however, and only landed one drop-goal in that match as Australia notched a 27-21 win, with Stephen Larkham ironically breaking Springboks fans’ hearts with a long-range three-pointer in that game’s closing stages.