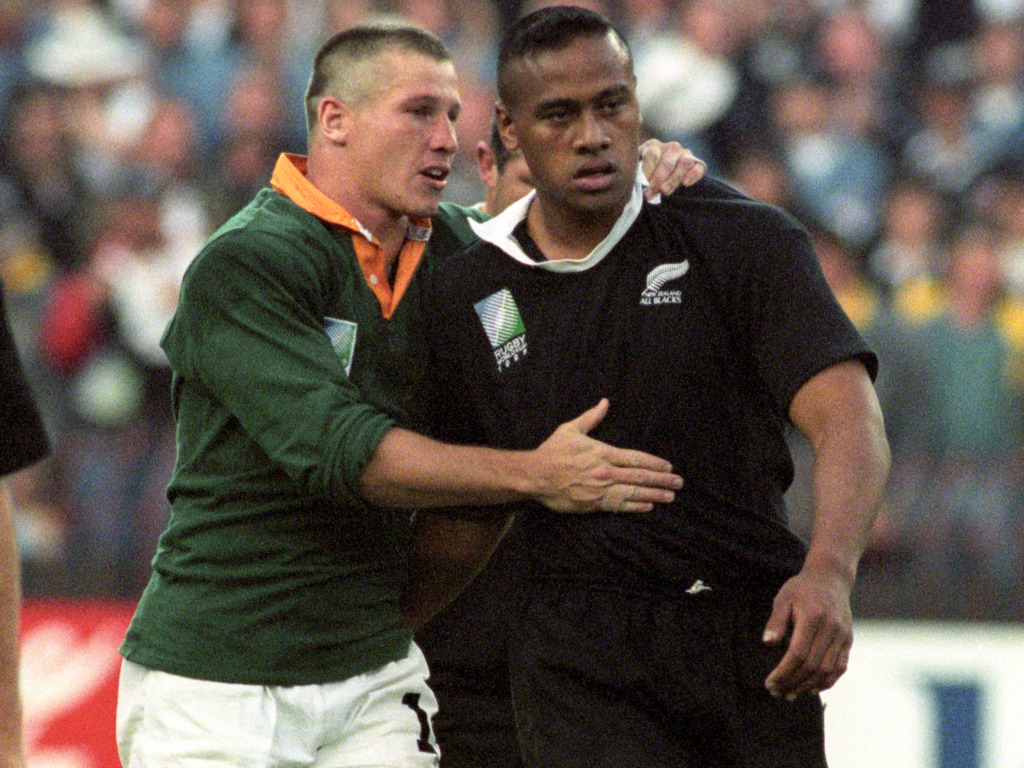 Ahead of the 2019 Rugby World Cup in Japan, we dig through the archives to highlight a hero from the tournament. Next up, James Small.

James Small was born in Cape Town, South Africa on February 10, 1969 but he moved to Johannesburg at a young age and made his mark as a rugby player during his time at Greenside High in Johannesburg. He played as a full-back during the latter part of his high school years and represented the South African Schools XV side in 1987 alongside fellow future Springboks Ruben Kruger (flanker) and Pieter Muller (centre).

Small played his senior provincial rugby as a wing for Transvaal, who later became the Lions, the Natal Sharks and Western Province. He helped the Sharks reach the Super 12 Final in 1996, which they lost against the Blues in Auckland, and was also that tournament’s leading try-scorer that year.

He made his international debut in the Springboks’ 27-24 defeat against the All Blacks at Ellis Park in Johannesburg in 1992 and retired from the Test arena in 1997 after playing in 47 Tests and scoring 20 tries, which was a record at the time. Small, who was often described as an unconventional and emotional character, played the game with plenty of passion and was often involved in controversial incidents both on and off the field.

In 1993, he became the first Springbok to be sent off in a Test when English referee Ed Morrison dismissed him for dissent in the Boks’ 28-20 loss to Australia in Brisbane. He passed away earlier this week of a heart attack and is the fourth member of South Africa’s 1995 World Cup-winning squad to have died following team-mates Ruben Kruger and Joost van der Westhuizen and coach Kitch Christie. 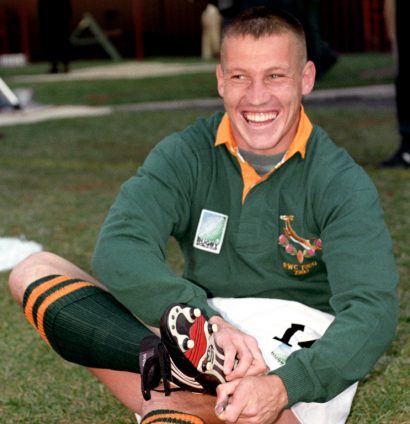 Small only represented South Africa at one World Cup and that was during their triumphant campaign in their backyard in 1995. Much has been said and written about that epic final in Johannesburg, which South Africa won 15-12 after extra-time against New Zealand, but the rainbow nation had Small to thank for reaching the final after an heroic act in their semi-final victory over France in Durban.

Although he was a renowned try-scorer, Small did not cross the whitewash during the 1995 tournament but he was an important member of the Springbok squad and left his stamp on the tournament late in the game against Les Bleus. The semi-final was played in atrocious conditions with heavy rain prominent throughout and Welsh referee Derek Bevan delayed the kick off by 90 minutes because he feared for the players’ safety as there were large puddles of water on the pitch.

The match eventually got underway and with time running out on the clock in the game’s dying moments, South Africa were holding a slender 19-15 lead and under great pressure deep inside their 22. France utility forward Abelatif Benazzi came within inches of scoring what would have been the match-winning try when he took the ball into contact and crashed over the home side’s try-line. A desperate tackle from Small prevented the burly Frenchman from grounding the ball, however, and the Boks held on for a memorable win. That meant they advanced to the final with Small doing a superb defensive job again as he managed to contain behemoth All Blacks winger Jonah Lomu throughout that game.