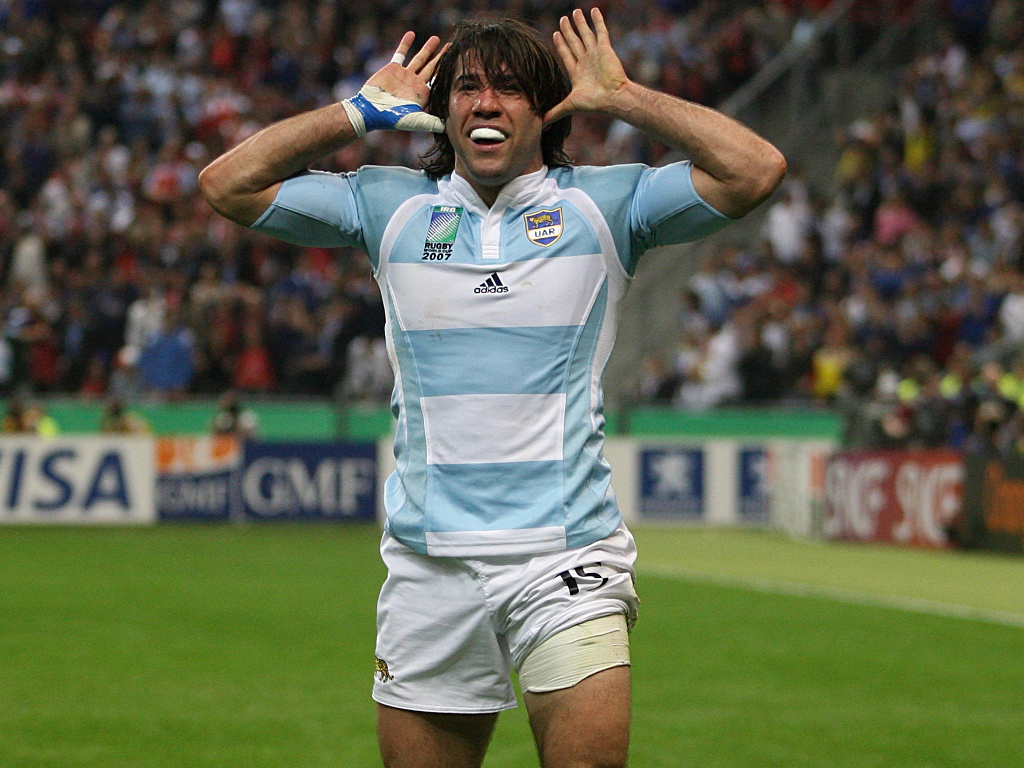 Ahead of the Rugby World Cup in Japan, we dig through the archives to highlight a hero from a previous tournament. Next up, it’s Ignacio Corleto.

Ignacio Saul Corleto was born in Buenos Aires on June 21, 1978 and represented Argentina 37 times from a period between 1998 and 2007. He played his club rugby most notably for Stade Français in France but began at his local side Club Universitario de Buenos Aires, known as CUBA, in 1997. Before moving to Stade he spent two seasons at Narbonne before heading to Paris where he won three French championships.

Blessed with power and pace, the long-haired full-back oozed quality and was a joy to watch for both Stade Français and the Pumas during his impressive playing career. Always desperate to get his hands on the ball, Corleto would regularly be on the shoulder of the player in possession, offering himself to the attack and often get rewarded with crossings at the end of searing counter attacks he would spark from the back.

Corleto made a try-scoring international bow against Japan on September 15, 1998 in Tokyo. He was 20 years of age and played on the wing. He went on to play in the 1999 Rugby World Cup as well as the 2003 and 2007 tournaments as the starting full-back and was a star player.

Unfortunately injury prematurely ended his career as he played his last club game in 2008. His final Test appearance came against France in their third-place play-off at the 2007 Rugby World Cup, signing off with another victory over their rivals at the Stade de France in Paris. 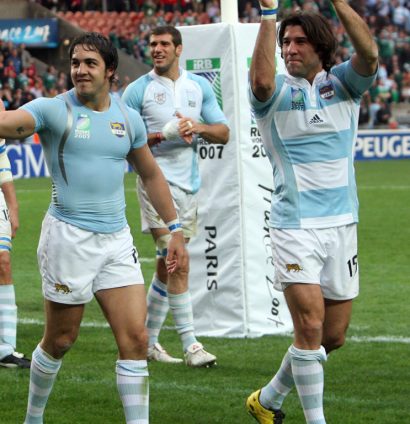 Rugby World Cup 2007 was the pinnacle of Corleto’s international career as he was part of one of the great Argentina sides, who impressed at the tournament. He scored two tries in the pools and one during the knockouts, becoming a fan favourite to those watching around the world.

The Pumas would have the honour of playing the first fixture of the showpiece event, against host nation France, in front of a sell-out crowd. They were underdogs but with many of their squad playing their club rugby in France, the Pumas weren’t daunted by the prospect of going up against one of the tournament favourites. Indeed they imposed their game on Les Bleus and were worthy winners in the end, prevailing 17-12.

Corleto crossed for the only try of the game, once again demonstrating his superb timing by receiving the ball off the shoulder of Felipe Contepomi and injecting the essential burst of pace into the attack. He raced away for five points that made it 14-3 and that proved the decisive score as Marcelo Loffreda’s charges would hold on to claim a stunning 17-12 pool victory that meant 2007’s Rugby World Cup opened up with a bang.

Progressing to the semi-finals before coming unstuck against South Africa, Argentina would meet France once again, this time in the third-place play-off. Despite revenge being in the air, the Pumas were dominant and thus finished the World Cup as they had started it, with a victory against the hosts. Corleto was again amongst the try-scorers as they ran out 34-10 winners to cap a memorable tournament for both player and team.