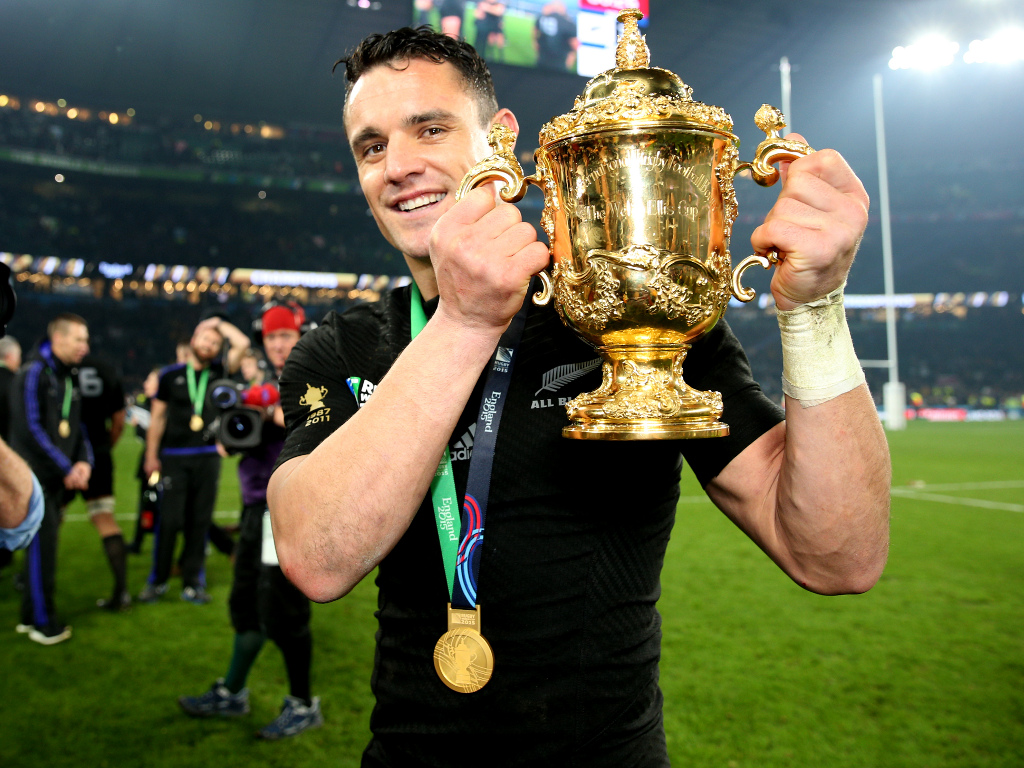 Ahead of the Rugby World Cup in Japan, we dig through the archives to highlight a hero from the tournament. Next up, it’s Dan Carter.

Daniel William Carter was born on New Zealand’s South Island in the town of Leeston on March 5, 1982 and started playing rugby at the age of five for Southbridge Rugby Club. Carter started out as a scrum-half and went on to play in representative teams for Ellesmere & Canterbury Country. Carter attended Ellesmere College where he played mostly as a fly-half before moving to the world famous Christchurch Boys’ High School in his final year of schooling to further his chances of making it big in rugby.

He made his debut for Canterbury in New Zealand’s National Provincial Championship in 2002 before signing for the Crusaders’ Super Rugby team in 2003. He played mostly at inside centre during his early years at the Crusaders but helped them win the Super Rugby title in 2005 and 2006 as the team’s first-choice fly-half.

In 2003, Carter also made a memorable Test debut at inside centre in the All Blacks’ 55-3 thrashing of Wales in Hamilton and contributed 20 points courtesy of a try, six conversions and a penalty. Carter was part of New Zealand’s squad at the 2003 World Cup in Australia but was not a regular in the starting line-up and the All Blacks were knocked out by the Wallabies in the semi-finals.

In 2004, he became his country’s first-choice fly-half and was at his brilliant best the following year when the All Blacks claimed a 3-0 series win over the British and Irish Lions. His performances in that series resulted in him winning the World Rugby Player of the Year award that year – a feat which he also achieved in 2012.

Carter, who is regarded as one the world’s best ever fly-halves, had more World Cup heartache in 2007 – when the All Blacks lost to France in the quarter-finals – but the stage was set for him in 2011 when the tournament was held in New Zealand. There was more misery, however, as he had to withdraw from the competition due to injury during the pool stages although he received a winners’ medal as he was part of the squad. He had unfinished business at the global showpiece though and returned when the tournament was held in England 2015 and played a leading role as the All Blacks defended their title. 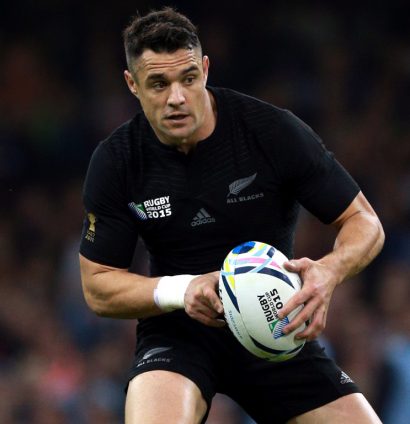 Carter was in sublime form during the 2015 Rugby World Cup Final when New Zealand faced Australia at Twickenham in London. After their 2011 triumph in their own backyard, the All Blacks were looking to make history by becoming the first team to win back-to-back World Cups. They were on course to achieving that goal as they held a 16-3 lead at half-time with Carter contributing 11 of his team’s points via three penalties and a conversion.

The world champions continued to dominate during the early stages of the second half and two minutes after the restart Ma’a Nonu crossed for their second try which gave them a comfortable 21-3 lead. But the game’s complexion changed when New Zealand were reduced to 14 men in the 52nd minute. This, after Ben Smith was yellow carded for a tip-tackle on Drew Mitchell. The Wallabies made full use of their numerical advantage and struck back with a try from David Pocock – shortly after Smith’s exit – and another five-pointer from Tevita Kuridrani in the 64th minute with Bernard Foley converting on both occasions.

That meant New Zealand were holding a slender 21-17 lead and they needed a moment of quality if they wanted to regain the initiative. And Carter provided that magic in the 70th minute when he landed a brilliant drop goal from Australia’s 10 metre line which swung the momentum back in New Zealand’s favour. It was a brilliant effort which knocked the wind out of the Wallabies’ sails as the All Blacks finished stronger with Carter adding another penalty and a conversion – to a late Beauden Barrett try – which meant he finished with a 19-point contribution in his team’s 34-17 triumph. While the entire All Blacks team deserve credit for the win, Carter earns special praise as his drop goal was the game-changer which paved the way to victory.