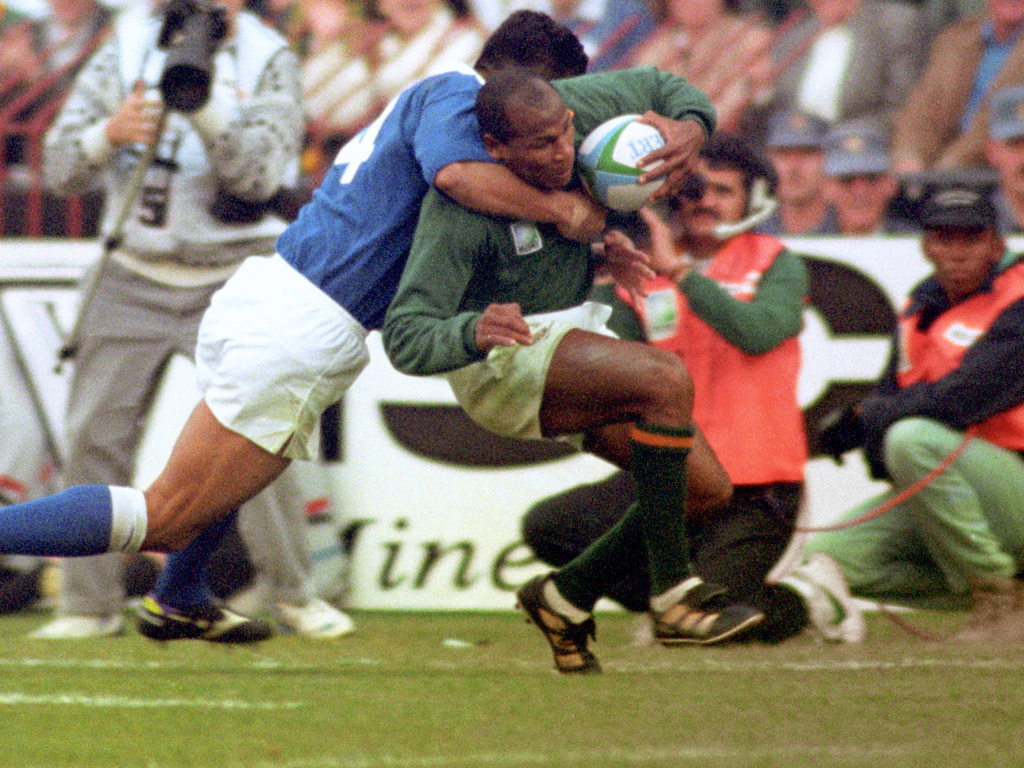 Ahead of the 2019 Rugby World Cup in Japan, we dig through the archives to highlight a hero from a previous tournament. Next up, Chester Williams.

Chester Mornay Williams was born on August 8, 1970 in Paarl, a town situated 60 kilometres outside of Cape Town, into a family with a rich rugby history. As a youngster, he played a variety of sports – notably athletics – but he took a keener interest in rugby after his uncle, Avril Williams, represented the Springboks in two Tests against England in 1984.

The younger Williams attended Klein Nederburg high school in Paarl and captained the school’s 1st XV. In his senior year at high school, he represented Western Province in South Africa’s famous Craven Week schoolboy tournament in Port Elizabeth. After high school, Williams joined the navy before switching to the army where his rugby career started to blossom.

In 1991, he made his senior provincial debut for Western Province and after initially playing as a centre, Williams switched to the wing and went on to play in 63 matches for them. He played in two Currie Cup finals for the Cape Town-based union – in 1995 and 1998 – but was on the losing side on both occasions. In 1999, he joined the Golden Lions and won the Currie Cup with them that same year.

In 1993, Williams made his Test debut for South Africa against Argentina in Buenos Aires and scored a try in a 52–23 victory. He was part of South Africa’s victorious squad at the 1995 Rugby World Cup and played 27 Tests for the Springboks until his last Test, against Wales in 2000, scoring 14 tries in the process. In total, he played 47 matches in the green and gold and scored 27 tries.

He retired at the end of 2000 and started coaching the South African Sevens side in 2001. Williams guided that team to a bronze medal at the 2002 Commonwealth Games in Manchester. In 2004, he became the coach of the Cats Super Rugby side and also had stints in charge of the South Africa A side, Uganda’s national team, the Cranes, and the Pumas at Currie Cup level.

Williams, who was nicknamed the ‘Black Pearl’, passed away last week of a suspected heart attack and was the head coach of the University of the Western Cape’s senior team at the time of his death. He is the fifth member of the Springboks’ 1995 World Cup-winning squad to have died, following team-mates Ruben Kruger, Joost van der Westhuizen and James Small, and coach Kitch Christie. 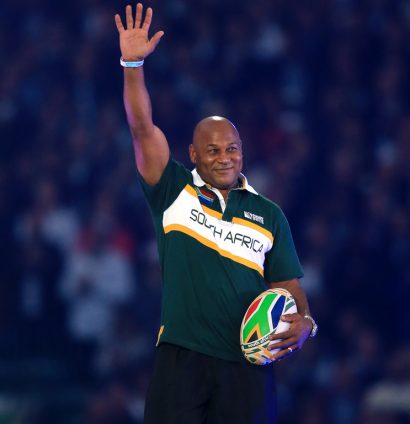 Williams was named in the Springboks squad for the 1995 World Cup in South Africa but had to withdraw ahead of the tournament after sustaining a hamstring injury. After missing the competition’s pool phase, he was handed a lifeline when his initial replacement in the Bok squad, Pieter Hendriks, was suspended after he was involved in foul play during the team’s final pool match against Canada in Port Elizabeth.

Williams came into the Springboks’ run-on side for their quarter-final against Samoa at Ellis Park in Johannesburg and made an immediate impact as he scored four tries in that match. His first try came in the 16th minute and was scored in the left-hand corner after gathering a pass from Bok full-back Andre Joubert. Five minutes before half-time, he ran onto a pass from flanker Ruben Kruger deep inside the Pacific Islanders’ 22 before diving over for his second try.

He sealed his hat-trick early in the second half when he dotted down after a 25-metre run, before crossing for his fourth five-pointer from close quarters in the 76th minute. His try-scoring heroics set up a comfortable 42-14 win for the Boks, who went on to claim narrow victories over France and New Zealand in the semi-final and final respectively to win the World Cup for the first time in their history.