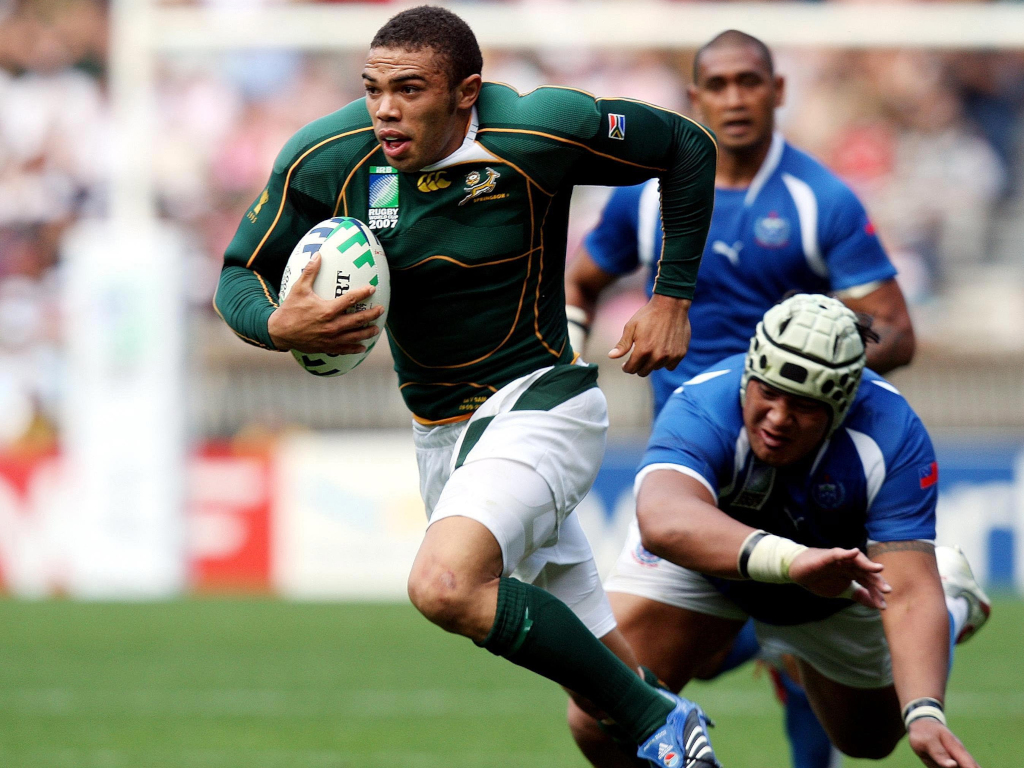 Ahead of the 2019 Rugby World Cup in Japan, we dig through the archives to highlight a hero from the tournament. Next up, Bryan Habana.

Bryan Gary Habana was born on 12 June 1983 in Johannesburg and enjoyed an illustrious career at both club and international level, but it was in sevens where he first made his mark after being part of the South African squad in 2003/04. He soon decided to concentrate on XVs, impressing for the Golden Lions in the Currie Cup which saw him called up to the Springboks squad for the 2004 November tour. He made his debut against England at Twickenham, scoring a try in the 32-16 defeat to the Red Rose, before he switched provincial allegiances in 2005 after signing for the Blue Bulls.

Habana would become a mainstay of the Super Rugby side for the next four years as they claimed the title in 2007 and 2009, but it was for the national team where the wing would make an impact on a larger scale. The back three player proved himself to be a lethal finisher and that was duly demonstrated at the global tournament in France as the flyer equalled Jonah Lomu’s try-scoring record, touching down eight times over the course of the competition as they claimed their second World Cup.

It was form which saw him become the IRB’s World Player of the Year and, although he could have metaphorically slowed down, success with the Springboks continued during the 2009 British and Irish Lions tour. Despite South Africa suffering a downturn after that series, Habana maintained his excellence and ended his South Africa career second on the all-time international try-scorers, behind Japan’s Daisuke Ohata. 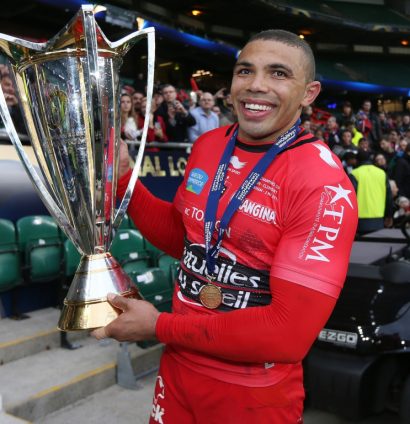 The wing also enjoyed success in the northern hemisphere. After four seasons with the Stormers in Cape Town, Habana decided to join big spending Toulon and was part of three European successes and one Top 14 win before his career ended in slightly acrimonious circumstances, with the back three player claiming that he had been forced to retire.

There are a number to choose from, including his stunning individual performance in the semi-final victory over Argentina in 2007, but we’ve gone for Habana’s try-scoring exploits against Samoa in the same tournament. In their opening fixture of the World Cup in France, the wing inspired the Springboks to a dominant 59-7 triumph over the Pacific Islanders in a game which signalled their intent.

Jake White’s men had struggled in the early exchanges, with them just 9-7 ahead after half-an-hour, but Habana came to the fore, scoring a brilliant effort to increase the buffer. With that try, the Samoan dam burst and, by the time the wing had crossed the whitewash for the second time, they were 33-7 in front after 55 minutes. However, it was another stunning run, showing pace, balance and footwork to scamper over the line. Two more followed, although slightly simpler than the others, as Habana ended a remarkable individual display with four tries.