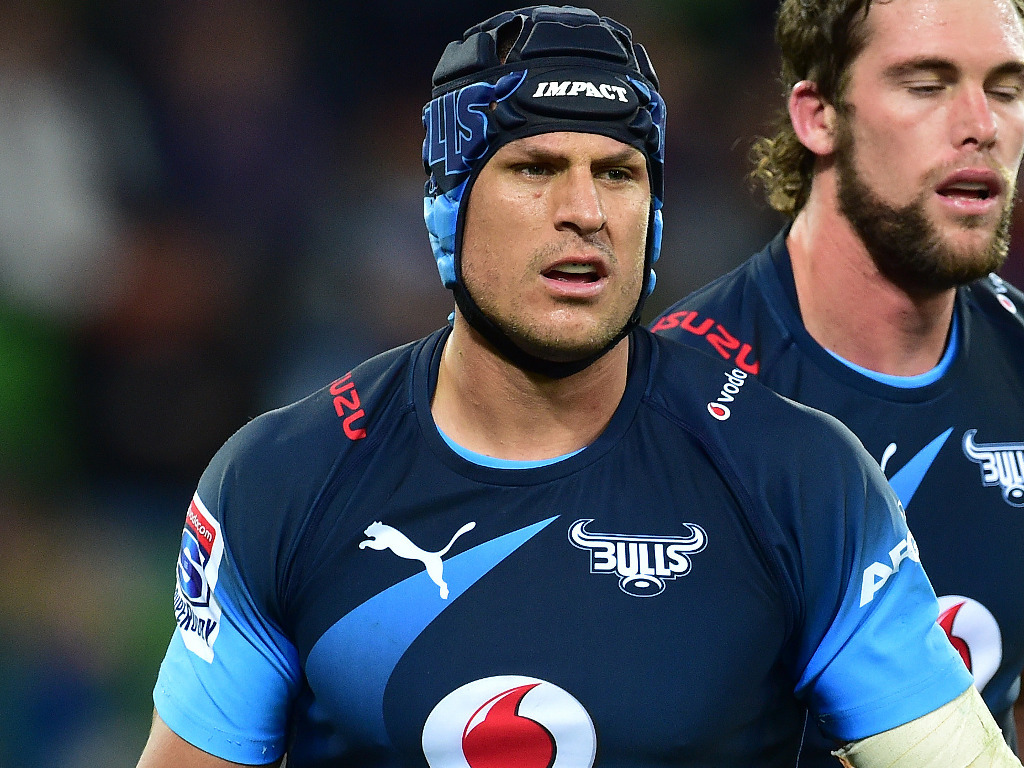 During the 2019/20 season, we dig through the archives to highlight a hero from years gone by. Next up, it is Bulls and South Africa number eight Pierre Spies.

Pierre Johan Spies was born on 8 June, 1985 in Pretoria and is regarded as one of the greatest athletes to have played the game. Blessed with outstanding power and incredible pace, the number eight was a huge threat in the wider channels and struck fear into opponents when given space. Those physical talents saw him recognised early on by the Bulls as he became the youngest player to represent the franchise when he made his Super Rugby debut in 2005.

Injury initially curtailed Spies’ progress but the back-rower would soon come to prominence and excellent form in 2006 saw him recognised by the national team. The youngster was handed an opportunity against Australia but was part of a side that succumbed 49-0. That did not detract head coach Jake White, who kept him for the home Tri-Nations games, and the boss was rewarded as the forward put in successive man of the match displays versus New Zealand and the Wallabies.

Spies was well set to represent the Springboks during the 2007 World Cup and warmed up nicely for the competition by tearing England apart in the June series, scoring two tries in the 55-22 victory on his home ground in Pretoria, but blood clots found in his lungs would rule him out of the tournament.

On his return from that setback, the number eight would remain a significant part of the South African set up until 2013, but he never quite reached his full potential. In space, Spies was dynamic and played well behind a dominant front five but the tighter nature of Test rugby never truly suited the thoroughbred, particularly as defences continued to improve.

Instead, much of his best work was done at Super 14 level as, for two years at the Bulls in 2009 and 2010, the back-rower was arguably the best player in a league that contained a number of all-time greats. Spies played a huge part as they won the title over successive years, adding to their triumph in ’07, before he departed in 2015 and finished his career with Montpellier.

One of our legends, Pierre Spies, returned to his old stomping ground for the Vodacom Red Father & Son Sleepout
It was great to have him back for a visit and to hear about his life experiences

At his best, Spies was a joy to watch and his performances for the Bulls were simply mesmeric. In ’09 and ’10, the number eight was at the peak of his powers as the South Africans dominated Super 14 to claim successive titles. They had a dominant front five, incorporating a pod system which was brutally efficient and gave them the platform for their athletic back-row to roam.

Spies was at the heart of their efforts in the wider channels with his searing pace a huge asset to the Pretoria-based outfit. The Springbok international was often the difference in 2009 as they edged a number of tight games, including the semi-final against the Crusaders, which was where his ‘rugby moment’ occurred. Although the great New Zealand outfit were not the same side which had lifted the title on seven occasions previous to that encounter, they were always dangerous in the latter stages of the tournament and were remaining stout in the last-four contest.

The match was level at 20-all coming up to the interval when Spies received the ball over 60 metres out. For a forward, it looked impossible to score, but not the back-rower, who weaved his way past two players before outsprinting visiting centre Ryan Crotty to touch down. It was the crucial try as the Bulls went on to control the second period and win the game which sealed their place in the final.

They took that momentum into the showpiece event against the Chiefs where Frans Ludeke’s charges thrashed their New Zealand opponents 61-17. The back-rower once again starred, getting one of the tries as he outpaced the cover defence to score, and that was a display they regularly repeated during the following campaign.

In 2010, the men from Pretoria were even more dominant. Their attack functioned far better and they ended the regular season with the most points scored – the only team to get over the 400 mark. The South African franchise duly ended the campaign in first position and once again set up a semi-final with the Crusaders, where Spies got the opening try. The Bulls went on to win that game 39-24 before they overcame an impressive Stormers side in the final to end an incredible run of form for both the team and the back-rower.

@pierrespies_ is one of the most destructive ball carriers in the history of the game 🔥 Here are some of his most dangerous carries 🙌 #BullsFamily comment below with the next #LoftusLegend you would like to see 👇 Vodacom #SuperRugby #loverugby #Beastmode pic.twitter.com/nKFU3G1Ea8