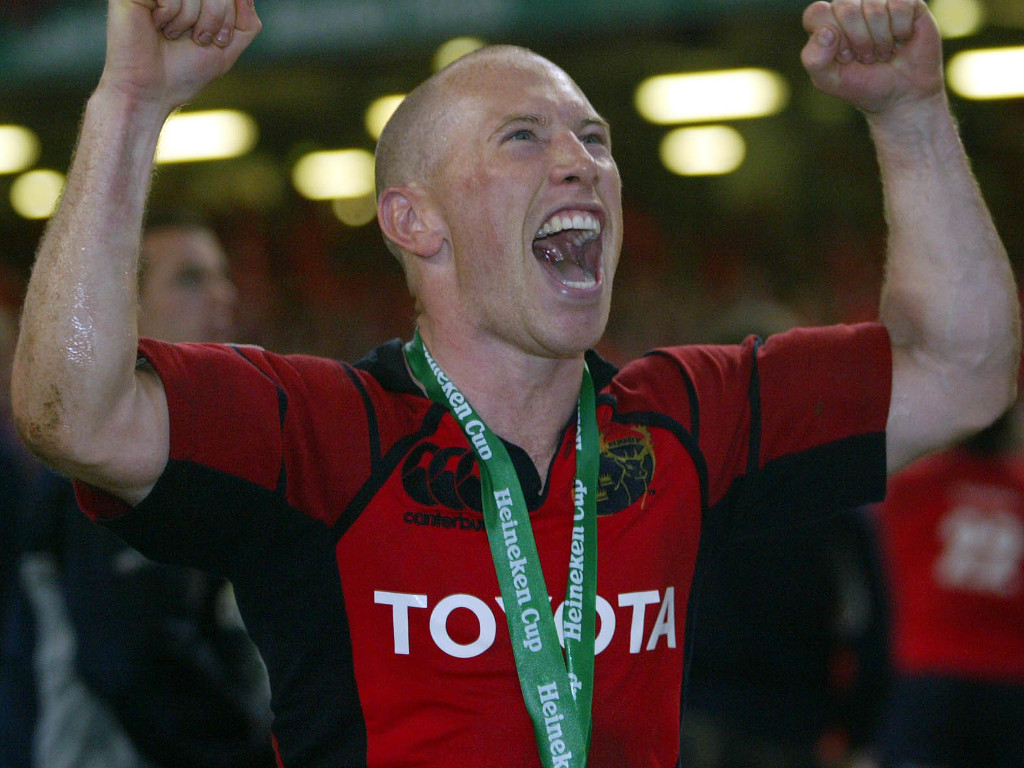 During the 2019/20 Champions Cup, we dig through the archives to highlight a hero from a previous tournament. Next up, it’s Peter Stringer.

Peter Alexander Stringer was born in Cork on December 13, 1977 and enjoyed 15 seasons at Munster, representing them on 230 occasions, before playing stints with Saracens, Newcastle Falcons, Bath, Sale Sharks and Worcester Warriors towards the tail end of his professional career.

He formed a formidable and infamous half-back partnership with Ronan O’Gara at both province and country, with the spine of the Munster line-up in its pomp something special, as a pack of Jerry Flannery, Paul O’Connell, David Wallace and Anthony Foley to name a few were superb.

Stringer made his Munster debut on October 3, 1998 versus Ulster and was given his international bow on February 19, 2000, against Scotland in the Six Nations. He would go on to play a further 97 times for his country, picking up championship silverware, and went to two World Cups.

Munster’s love affair with the European Cup is well known, but there was pain to endure before they eventually got their hands on the coveted silverware. In 2002, the infamous ‘Hand of Back’ left Stringer and Munster reeling against Leicester Tigers at the Millennium Stadium in Cardiff and that 15-9 loss came two years after they were edged out 9-8 by Northampton Saints at the final hurdle at Twickenham.

It took a further four years before Munster returned to a European final but when they did they were much improved as a side and their fans dominated the Cardiff venue, with many expecting the drought to finally be broken against a Biarritz team that was playing in their first showpiece.

The French side boasted quite a XV, however, which included Imanol Harinordoquy, Serge Betsen, Dimitri Yachvili, Damian Traille and many more. Indeed, they were a hugely threatening team to Munster and would win the Top 14 final three weeks later, easing past Toulouse 40-13.

Patrice Lagisquet’s Biarritz outfit began the Heineken Cup final in perfect style when Sireli Bobo crossed after only two minutes before powerful Munster centre Trevor Halstead responded with a try of his own on 17 minutes, which meant it was 10-10 in a frantic opening to the game.

Cue Stringer. On 31 minutes with Munster packing down a scrum in a promising position, Stringer faked to go open and instead peeled to the short side, backing himself for what became a clear run to the line. Munster went into the break 20-10 ahead before holding on to win 23-19.

The final will forever be remembered for Stringer’s try though, due to its sheer bravery on such a significant stage. The heartbreak of the ‘Hand of Back’ was laid to rest and Munster finally had their hands on the prize, which they would reclaim two years later against Toulouse.