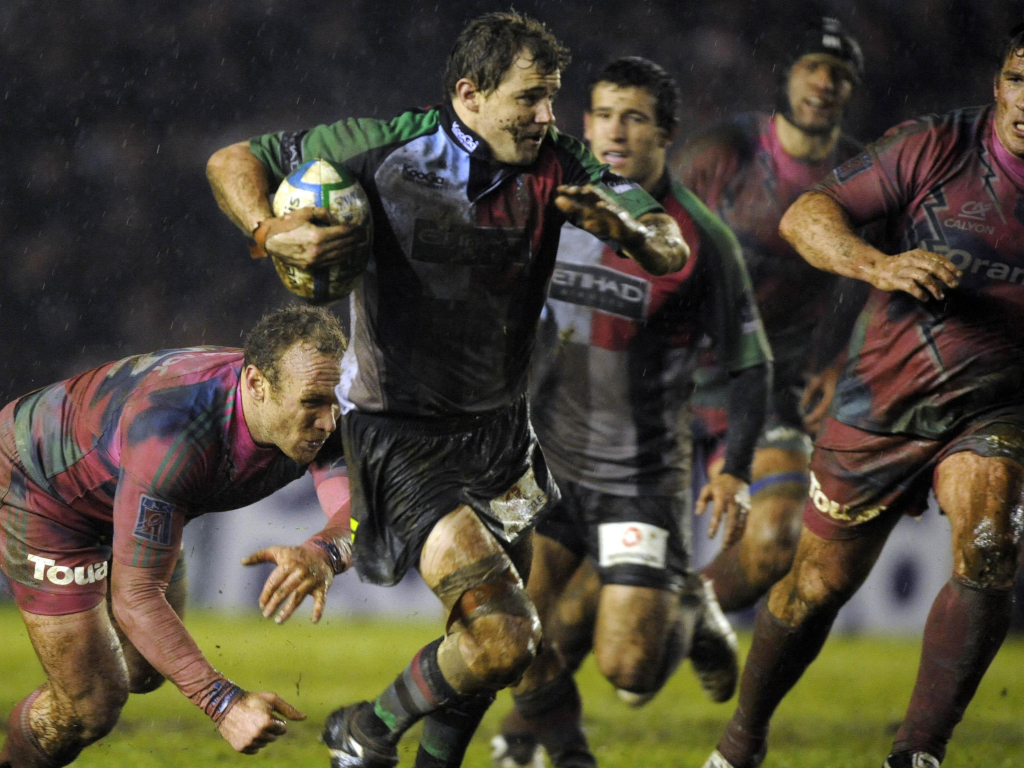 During the 2019/20 Champions Cup, we dig through the archives to highlight a hero from a previous tournament. Next up, Nick Evans.

Nicholas John Evans was born on 14 August 1980 in Auckland and enjoyed a fine career in both hemispheres, playing for the All Blacks 16 times before signing for Harlequins and having a superb nine-year stint in England. The fly-half made his provincial debut for North Harbour in 2001 but decided to move to New Zealand’s South Island in 2004 to ply his trade for the Highlanders.

After impressing in Super Rugby, Evans was called up to the national team and made his debut against England in the 36-3 victory in 2004. He would become a key part of the squad in 2007 and started twice in the Rugby World Cup, against Portugal and Romania. However, it ended in heartbreak, both on a personal and team level as the pivot, who had come on for the injured Dan Carter in the quarter-final against France, was forced to go off 15 minutes later. Graham Henry’s men would eventually lose 20-18 and it proved to be Evans’ final game in a black jersey.

A move to Quins followed in 2008 and the fly-half duly became one of the best ever Premiership imports. Although the Londoners only won one Premiership title and a Challenge Cup during that time, they were consistent play-off challengers and played some outstanding rugby with the New Zealander running the show. Evans eventually hung up his boots in 2017 and is currently part of the Quins’ coaching staff as they attempt to get back to the top of the English game. 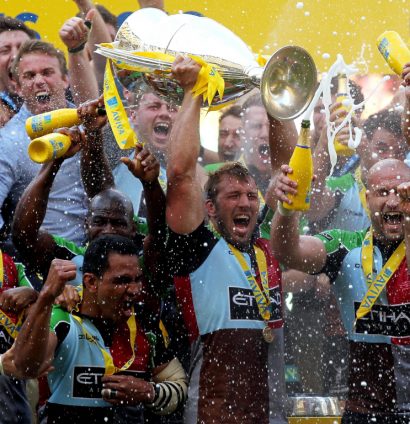 It is impossible to look past the victory over Stade Francais in the 2008 pool stages as Evans remarkably kicked a last-minute drop-goal to help Harlequins snatch a 19-17 triumph against the Parisians. The Londoners had already narrowly defeated the Top 14 outfit 15-10 in the French capital when they met again a week later. Stade were much improved at the Twickenham Stoop, going 11-3 ahead through a try and two penalties from Noel Oelschig, but Quins hit back via the boot of their New Zealand fly-half and centre Jordan Turner-Hall, who crossed the whitewash.

However, the visitors were 17-16 in front when the clock hit the red and on course for a result which would have put them back in the Pool 4 fight, but Evans had other ideas. The forwards showed outstanding patience to go through the phases and take the hosts inside the opposition 22. The ball was then passed back to the pivot and, although it wasn’t the cleanest strike, it squirmed over the bar to spark jubilant scenes from both players and supporters alike.

It was a seminal moment in Evans’ Harlequins career. Having only joined the club a few months earlier, those encounters against the French outfit showed his commitment to the cause. Particularly during that period, there were some southern hemisphere stars that failed to live up to their reputation when they moved north, but not Evans. He would continue to be a crucial part of the squad for the best part of a decade where he played a big role in the team’s Premiership and Challenge Cup wins.