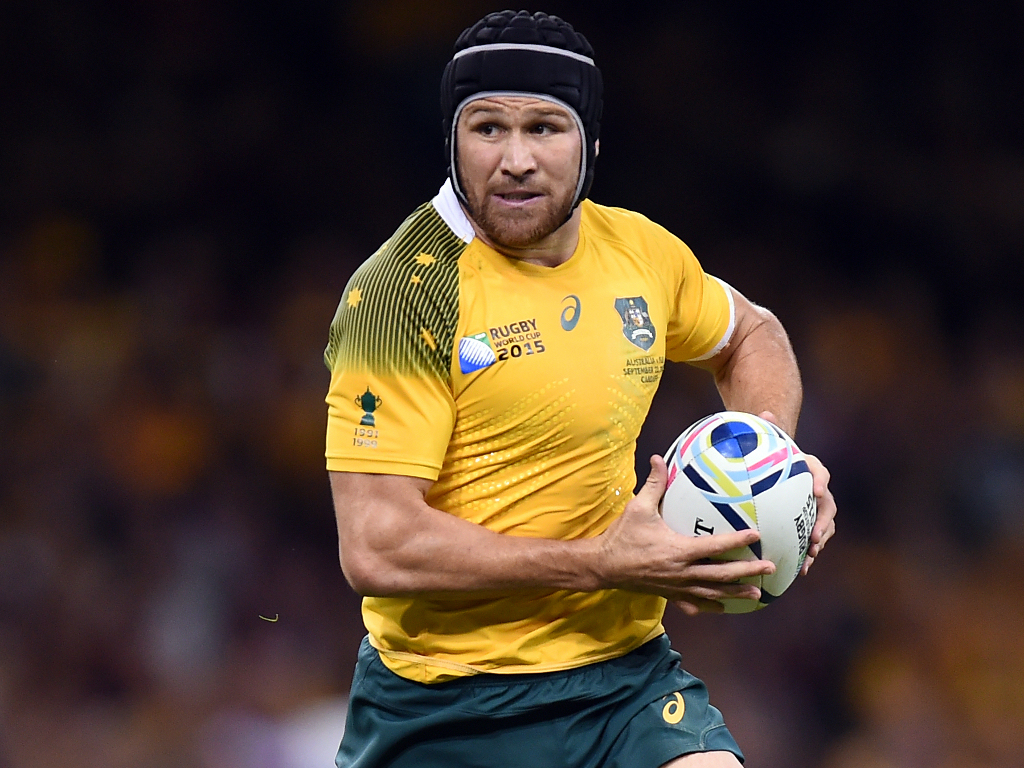 During the 2019/20 season, we dig through the archives to highlight a hero from years gone by. Next up, it’s Australia, Brumbies, Western Force and Toulon great Matt Giteau.

Matthew James Giteau was born on 29 September, 1982 in Sydney and was one of the game’s great playmakers during his 16 years in professional rugby. After quickly rising through the ranks in Australia, the centre, who could also play at fly-half and even at scrum-half, made his Wallabies debut at the age of 20, before he had even appeared for the Brumbies in Super Rugby.

Giteau came on at fly-half in the 32-31 defeat at Twickenham and would then go on to enjoy an excellent 2003 Super Rugby campaign, resulting in his selection for the World Cup on home turf. A hat-trick against Namibia on the pivot’s first start in a gold jersey displayed his talent and he would go on to feature in the final as they were narrowly defeated 20-17 following Jonny Wilkinson’s drop-goal – a player he would later combine with for Toulon.

In 2004, the playmaker became a regular at centre and was nominated for the IRB’s World Player of the Year award – an honour eventually claimed by South Africa’s Schalk Burger. Giteau continued to be an important part of the Wallabies and was in excellent form leading into the 2007 global tournament. They were among the favourites for the title but once again Australia were halted by England – and Wilkinson – as John Connolly’s men succumbed to a shock defeat in Marseille.

There was further frustration on the biggest stage four years later as Robbie Deans left Giteau out of his squad for the competition in New Zealand. Despite the centre’s intermittent form, it was a big call and one which arguably backfired as the Wallabies were ousted at the semi-final stage by the host nation, who would go on to win the tournament. Before Deans’ decision, Giteau had already committed to playing in France having signed for Toulon and the playmaker would enjoy an excellent six-year spell in the Top 14.

"He didn't want me, and that's fine. It was just the way it was handled"

On this week's House of Rugby, @giteau_rugby joins the lads to talk about getting dropped for the 2011 World Cup by Robbie Deans pic.twitter.com/4tg3CKy6eT

Under Bernard Laporte, they won three successive top-tier European titles with Giteau at the heart of their superb run. His form led to calls for a national team return ahead of the 2015 World Cup but rules did not permit the Wallabies boss from selecting players based overseas. That would be changed, however, after negotiations between head coach Michael Cheika and the Australian Rugby Union, allowing individuals with 60 caps or more to be eligible for the squad. It was dubbed ‘Giteau’s Law’ as the then 32-year-old came back into the fold and starred as they won the Rugby Championship and reached the final of the global tournament.

He remained at Toulon until 2017 before signing for Japanese outfit Suntory Sungoliath, helping them to the Top League title in 2018. His spell ended earlier this year with the Australian great potentially playing his final game of professional rugby, despite not confirming his retirement.

With the talent that Giteau possessed, the centre or fly-half was not short of individual excellence that remain etched in history. Whether it was his wonderfully crafted effort for Toulon in the 2014 Heineken Cup final or his try in the 2004 Super 12 showpiece event, his career is littered with stunning moments, but the score which confirmed England’s exit from the 2015 World Cup will remain particularly special for the Australian.

On home soil, the Red Rose were expected to challenge for the title, but their group possessed Wales and the Wallabies – two tier one nations determined to upset the apple cart. Ultimately, one would be eliminated and Warren Gatland’s men stunned the hosts to put them in significant danger, leaving a difficult match versus the Aussies.

Giteau had suffered heartache against the English in global tournaments before – in both 2003 and ’07 – but this was his shot at personal redemption. While the focus of the team wasn’t on revenge for those disappointments – with Stephen Moore and Adam Ashley-Cooper the only other players in that matchday 23 to feature eight years previous – no doubt the nature of the win was one the 33-year-old especially enjoyed.

At the home of rugby, in front of 82,000 baying Englishmen and women, the Wallabies completely dominated the encounter and simply extinguished the spirits of Stuart Lancaster’s men. The Australians were 26-13 in front thanks to Bernard Foley’s superb haul, which included two converted tries and four penalties, when the centre had his moment.

Going into the final minute, the game was won, but one final breakaway gave the playmaker the opportunity to secure an impressive triumph and rub salt into the hosts’ wounds. It was apt that Ashley-Cooper, another to endure the pain of Marseille in 2007, should provide the final pass, but it was deserved that Giteau – a player discarded by Robbie Deans in 2011 – would be the one to touch down.

After the desolation in successive World Cups versus England, and the belief that his international career was over following his move to France in 2011, the joy was unconfined for the experienced centre. It was ultimately a simple score, with Giteau only needing to cross the whitewash after the hard work had been done in the build up, but it was monumental for both him and the rugby world as England became the first hosts to be eliminated at the group stage of a World Cup.