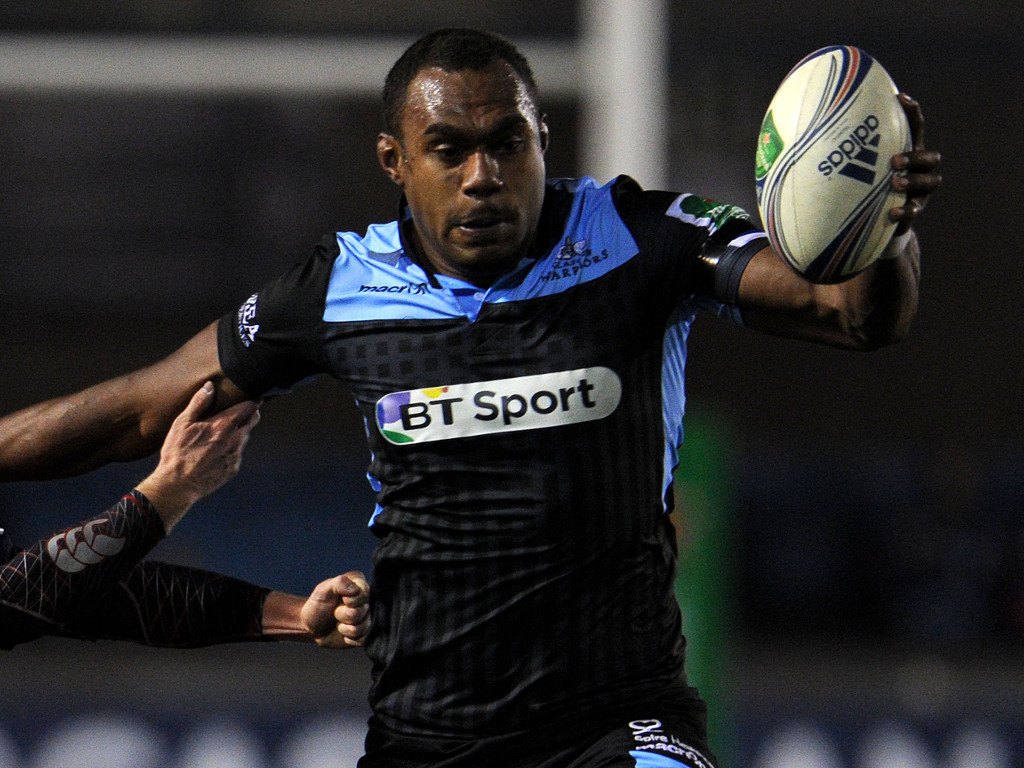 During the 2019/20 PRO14 season, we dig through the archives to highlight a hero from a previous campaign. First up, it’s Leone Nakarawa.

Leone Nakarawa was born in Tavua on April 2, 1988 and is an Olympic gold medal winner (2016) and European Player of the Year (2018). To earn such honours in both forms of the union game shows what a talented and unique player the Fijian international lock is.

He made his Fiji bow against Tonga on June 13, 2009 and went on to star in 2011’s Rugby World Cup in New Zealand, which attracted interest from European clubs. Eventually he made the move to Glasgow Warriors in August 2013 where he built a reputation as one of the game’s best.

Nakarawa played 69 times for the Scottish team, scoring eight tries, but it was what he created for others through his incredible offloads that set him apart. His ability to free the arms in contact had defences struggling for answers each time he touched the ball in the PRO12.

Now contracted by Top 14 side Racing 92, his playing future is currently in doubt due to the Paris outfit suspending him for a late return from the recent Rugby World Cup in Japan. Should that not be lifted expect several clubs to show an interest in the second-row’s signature.

Rewind back to the PRO12 final of 2014/15 and Nakarawa was at his breathtaking best as he helped inspire Glasgow to the title that season.

On that day at Kingspan Stadium in Belfast, the Fijian was box office once again as his excellent line, step and offload on nine minutes sent Rob Harley over for the game’s opening score. Munster, like so many teams that faced Nakarawa that campaign, simply could not contain him.

He was not done there as on 26 minutes he bumped off a Munster tackler from a standing start before making metres and then offloaded again, this time over contact to DTH van der Merwe, who showed his finishing quality to drive the Warriors into a handsome 14-3 lead in the final.

Glasgow did not let up for the remainder of the match and eventually won 31-13 thanks to further tries from Henry Pyrgos and Finn Russell, thus securing their first Celtic League title and their only one to date – they have lost two finals either side of that fine 2015 result.

Nakarawa was the star of the triumph, however, as he capped an incredible personal and team campaign with another high-quality performance. He’d go on to play one further season at the club before moving to Racing, but he will remain a firm Glasgow favourite with their fans.