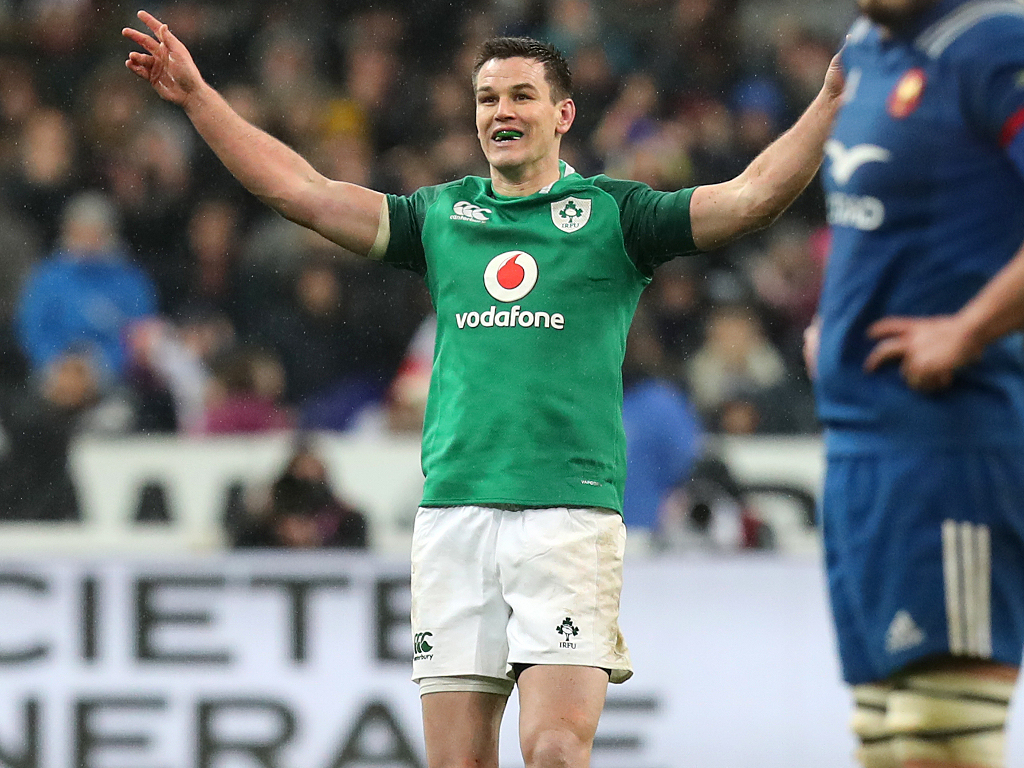 During the 2019/20 season, we dig through the archives to highlight a hero from years gone by. Next up, it’s Ireland and Leinster legend Johnny Sexton.

Jonathan Jeremiah Sexton was born on 11 July, 1985 in Dublin and has been a stalwart of Irish rugby for the past decade. A talented all-around fly-half with a fierce competitive streak, Sexton has been the key component in a number of the national team’s successes. After initially battling with Munster great Ronan O’Gara for the shirt, the Leinsterman duly became the firm number one choice following the 2011 World Cup and has since become one of the best players in the world.

Despite making his provincial debut in 2006 against Border Reivers and helping them to the Celtic League title in 2008, he didn’t truly become the automatic selection until May 2009 where an injury to Felipe Contepomi opened the door for the youngster. Once there, he showed his class and composure, guiding his side to their first ever Heineken Cup victory with a 19-16 triumph over Leicester Tigers.

From thereon, he went from strength-to-strength, making his Ireland debut in the 2009 November series and becoming a crucial part of the Leinster XV. In tandem with legend Brian O’Driscoll, they formed a brilliant partnership at both provincial and international level.

They combined for successive European trophies in 2011 and ’12 before the duo impressed as Joe Schmidt’s first season in charge saw them win the 2014 Six Nations. O’Driscoll retired at the end of the 2013/14 campaign but Sexton stepped up in his absence and helped the Emerald Isle retain their title in ’15.

The pivot’s performances remained consistent but 2018 proved to be a particularly special year as Leinster and Ireland dominated. Firstly, the national team claimed a Grand Slam – their first since 2009 and third overall – before the Dubliners defeated Racing 92 in the Champions Cup final for yet another top-tier European crown.

A successful tour of Australia followed, resulting in a 2-1 series win, and they ended the year with an excellent set of games in November. It culminated in a superb 16-9 triumph over the All Blacks with Sexton kicking three penalties and a conversion in the thoroughly deserved victory. As a result of that brilliant season, the playmaker was named World Rugby Player of the Year, becoming the first Irishman since Keith Wood in 2001 to take that honour.

In 2018, it was the year of Sexton and nothing set him – or Ireland – up more perfectly for an outstanding campaign than his sheer brilliance in the Six Nations opener. Having endured a mediocre 2017 tournament, losing to both Scotland and Wales, an improvement was demanded heading into the next competition.

It did not look particularly positive initially with them and France contesting a pretty abysmal affair in Paris. Conditions made it difficult and it was duly dominated by kicking as Sexton scored four penalties to Maxime Machenaud’s two. Creativity was at a premium but the visitors were still in the ascendancy going into the latter stages with them 12-6 ahead and in control defensively.

That was until French wing Teddy Thomas received the ball 50 metres out. Little appeared on but the Racing player is a brilliant runner and showed his quality to cross the whitewash for a stunning individual effort. At that point, the Irishmen’s Grand Slam hopes appeared to be ruined in Round One but step forward Sexton, who once again proved to be the hero.

Credit must go to the whole team as they kept their composure for 41 phases but it was the fly-half that delivered the decisive blows. In truth, they weren’t really going anywhere for 23 of those recycled rucks but the pivot spotted space out wide. Had his cross-field kick been awry, the game was over but Sexton’s accuracy was pinpoint and Keith Earls finally managed to get his side on the front foot in the opposition half.

There was still plenty of work to be done, however, and they just couldn’t get any purchase with ball in hand on the rain-soaked Paris pitch, but that didn’t ultimately matter for their inspirational playmaker. After receiving the ball 45 metres out, one big swing of his right boot saw him bisect the uprights and snatch a priceless win for the visitors.

That result proved to be the catalyst for the rest of the year as they emerged victorious in 10 of their next 11 games, which included a Grand Slam, a series triumph in Australia and a stunning result against the All Blacks.