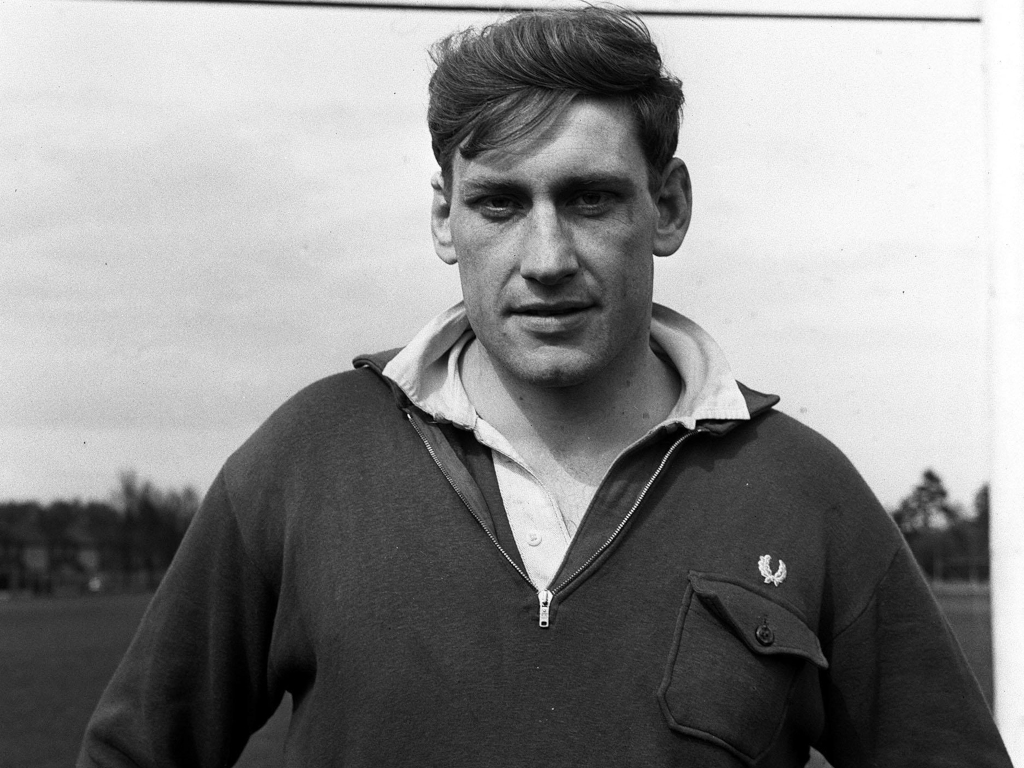 We dig through the archives to highlight a hero from years gone by. Next up, it’s British and Irish Lions legend Willie John McBride.

William James McBride was born on 6 June, 1940 in Toomebridge, a small village in County Antrim, and is one of the greatest players to have ever pulled on a British and Irish Lions shirt. McBride took up rugby relatively late at the age of 17 but once he began playing his talent was obvious and he quickly rose through the ranks after playing in the Ballymena Academy school’s XV.

The second-row joined Ballymena RFC and then made his Ireland debut in 1962 when he was just 21. It was there, on 10 February against England at Twickenham, where the gargantuan forward began a long and distinguished international career. McBride immediately became a key part of the Irish squad and eventually earned 63 caps – a remarkable effort for a player in that era – over 13 years in the green jersey. They achieved some superb results during that time, with the lock an influential figure, including defeating the Springboks for the first time and overcoming Australia in Sydney.

It was with the Lions where McBride’s legacy was built, however. He had already been on three tours – in 1962, 1966 and 1968 – when the second-row was selected for the 1971 series in New Zealand. They had generally struggled in the 1960s, with two victories over the Wallabies their only success, but Carwyn James’ men would make history against the All Blacks, claiming a landmark 2-1 triumph.

Prior to that tour, the front five forward had been described as being ‘over the hill’ but he played a key part down under and would then captain the squad three years later in South Africa. Perhaps even more significant than their efforts in New Zealand, it was a series which would go down in the annals of history as one of the greatest Lions sides ever ended up sealing a 3-0 victory.

McBride’s leadership was crucial while the Irishman’s physicality allowed his team to overcome a brutal Springboks outfit. However, like many well regarded players from that era, the lock’s on-pitch image belied his off-field demeanour as the self-effacing McBride became a hugely popular figure within the game, both during his career and following retirement.

Take a look back at some of Willie's memorable moments with @IrishRugby and @lionsofficial! ⭐️ pic.twitter.com/sHqqCfKpoR

In 1971, as the British and Irish Lions defeated the All Blacks in a series for the first time, McBride cemented himself as a great of the game. The Ireland international started all four Tests as they came away from New Zealand with a remarkable 2-1 triumph. It seemed impossible that the tourists – and McBride himself – could surpass that incredible achievement, but he and his team-mates did just that three years later in South Africa.

The Springboks were a brutal outfit. Horrific to face with a penchant for sheer skulduggery, many opponents faltered in the face of their viciousness on the field. It was also a hostile place for visiting teams to face, with supporters baying for blood, but their captain had a way of dealing with the hosts’ thuggery.

There weren’t the camera angles or television match officials to keep a check on some of the off-the-ball violence which sometimes took place during the amateur era. South Africa were well known for it at the time and the Lions duly decided to confront it head on. The result was an utterly ferocious series with the tour marred by a number of fights.

It was ultimately successful for the tourists, though, with the skipper coming up with the policy of ‘one in, all in’, believing that if they were all involved, the officials could not send everybody off. It was called ’99’ – shortened from 999, the UK’s number for the emergency services – and was a reaction to any unnecessary treatment a player had received from a South African.

When shouted by McBride, usually as a result of one Lion retaliating to an off-the-ball hit or punch etc, they would all join in, fighting their nearest Springbok. No one was sent-off, despite it being officiated by home referees, and Syd Millar’s men ended up winning the Test series 3-0.

There was controversy in the final match, however, as the visitors attempted to claim a whitewash. The encounter was level at 14-14 going into the latter stages and the Lions were camped near the opposition line when the referee blew his whistle for full-time. It was a bizarre situation and the tourists could not quite believe it, but the official was alleged to have said: “Look boys, I have to live here,” after taking the decision to end the game. Despite that slight disappointment, it did not detract from a remarkable couple of months for McBride and his cohorts as they etched their names into the history books.