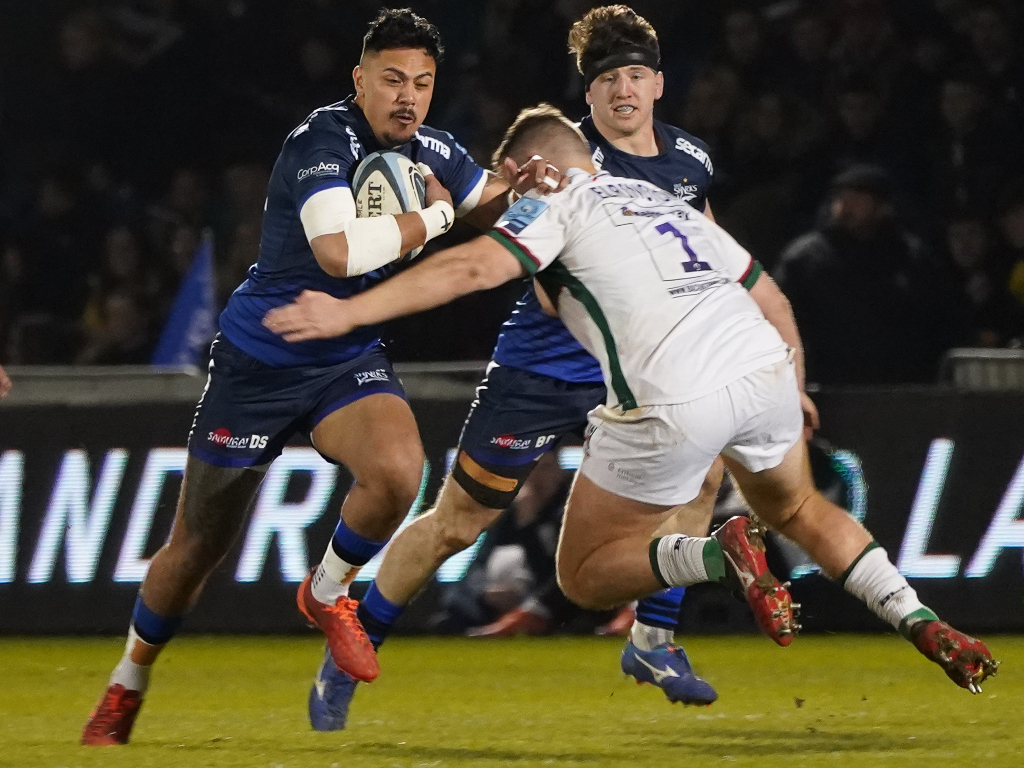 With the Premiership taking an indefinite break, we dig through the archives to highlight a hero from a previous season. Today it’s Denny Solomona.

Denny Solomona was born in Auckland on September 27, 1993. He was educated at St Peter’s College where he was a member of the school’s Rugby Union First XV and was that team’s top try-scorer in 2010. His impressive try-scoring form caught the eye of NRL side Melbourne Storm, who signed him in 2012 after he finished high school.

He played in Melbourne Storm’s Youth Team and scored eight tries in 13 games before sustaining a fibula injury. In 2014, he was released from his Melbourne Storm contract and headed to England to join Super League outfit London Broncos. Solomona impressed by scoring 10 tries in 21 matches for the Broncos but left the club after just one season when they were relegated and made the move to Castleford Tigers.

He continued his try-scoring heroics at Castleford and in their 2015/16 campaign set a new Super League record by scoring 40 tries in a season, eclipsing the mark set by Lesley Vainikolo of Bradford Bulls. Later in 2016, Solomona made his international Rugby League debut for Samoa in a Test against Fiji in Apia.

In December 2016, Solomona made the switch to Rugby Union when he signed a three-year deal with Sale Sharks but the move was a controversial one as he still had two years remaining on his contract with Castleford. The move was subject to a legal dispute and was eventually settled out of court as Sale paid the Tigers £200,000 in compensation.

Like his Rugby League career, Solomona continued with his excellent try-scoring record in the 15-a-side game and because he qualified to play for England on residency rounds, he was called up to the Red Rose squad for their tour of Argentina in 2017. He made his Test debut in the first game against Los Pumas in San Juan and scored the match-winning try in a 38-34 triumph for England after coming onto the field as a replacement in that game’s latter stages. He has played five Tests to date with his last appearance coming against South Africa in Cape Town in 2018. 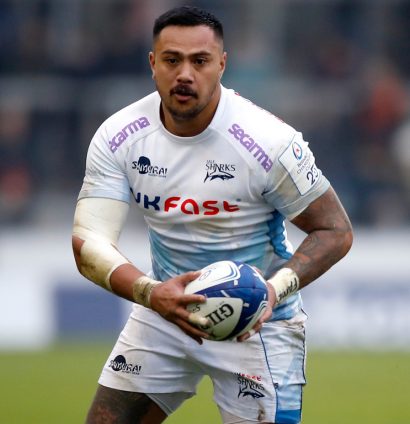 Back in May 2019, Sale Sharks hosted Gloucester at the AJ Bell Stadium in a high-scoring game that saw the lead change hands on several occasions. The Cherry and Whites were holding a slender 41-38 lead when Sale’s Springbok scrum-half Faf de Klerk launched an attack from midway between his 22-metre line and the halfway mark.

He got a pass out to Ben Curry, who set off towards Gloucester’s try-line before drawing in two defenders. He did well to free his arms and offloaded to Curtis Langdon, who then passed to De Klerk just inside the Sharks’ half, and the diminutive number nine did well to beat a defender before making a switch pass to AJ MacGinty close to Gloucester’s 22-metre line.

The visitors’ defence was scrambling but MacGinty wreaked further havoc by throwing a long pass to Solomona inside their opponents’ 22. Solomona was thrown slightly off balance as he caught the ball behind his back but he soon regained his composure and made a beeline towards Gloucester’s try-line.

There was still plenty of work to do but he stayed focused and crossed the whitewash in spectacular fashion when he dived over against the right-hand corner flag despite a desperate cover tackle from Tom Marshall. MacGinty slotted the conversion from close to the touchline and sealed a 46-41 victory for the Sharks with a penalty in the game’s dying moments.

The big talking point after the match, however, was Solomona’s brilliant finishing ability when scoring what proved to be the match-winning try. It’s definitely worth another look as it was an incredible effort from the wing.