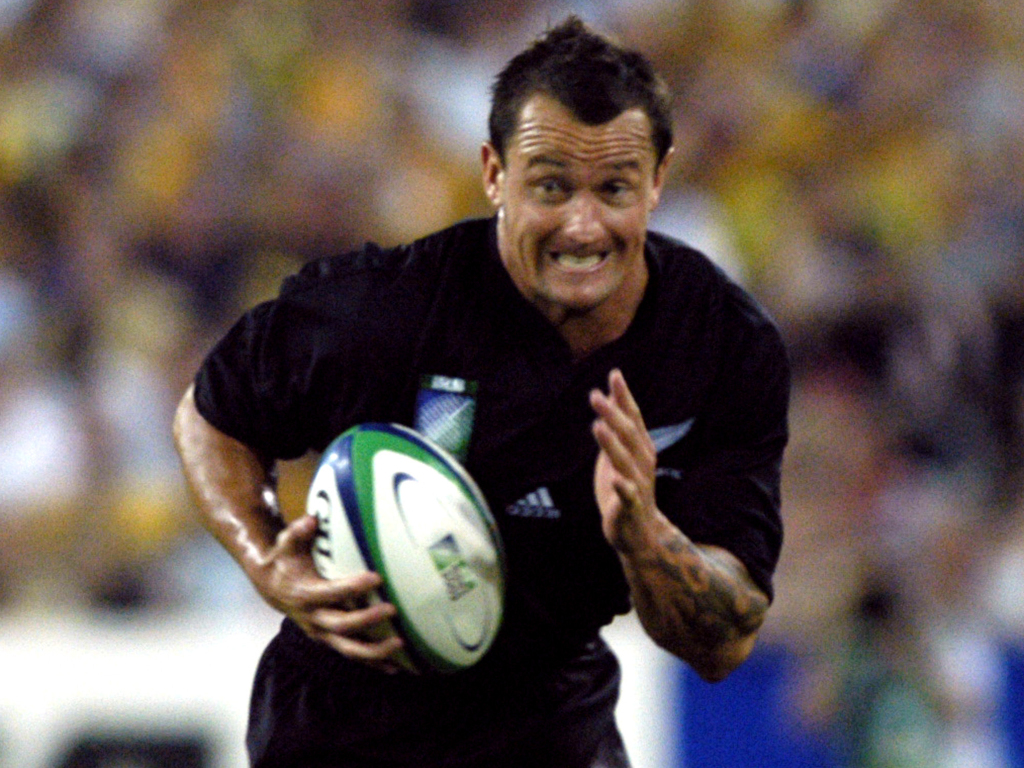 With Super Rugby taking an indefinite break, we dig through the archives to highlight a hero from a previous tournament. First up, Carlos Spencer.

Carlos James Spencer was born on 14 October, 1975 in Levin, a small town in New Zealand’s North Island, and was known as one of game’s great mavericks. Revered for his ability to do the spectacular but often criticised for his tendency to take unnecessary risks, the fly-half was a colourful character on the field. His talent was undoubted and spotted by World Cup-winning coach Graham Henry, who brought him north from the Wellington Region to feature for Auckland.

That’s where he truly came to prominence as Spencer dominated Super Rugby upon its inception in 1996, guiding the Blues to successive titles. It was form which earned him a Test call-up as the pivot made his debut against Argentina in 1997. Although appearances weren’t necessarily fleeting for the national team, the brilliant but ultimately more reliable Andrew Mehrtens was generally the preferred choice. Spencer still had some wonderful moments in a black shirt, however, including a memorable through-the-legs pass to Joe Rokocoko in the 2003 World Cup quarter-final win over South Africa.

The global tournament ended in disappointment as Spencer’s intercept pass in the last-four contest against Australia proved to be a decisive moment as the All Blacks succumbed 22-10 to the hosts. After the emergence of the great Dan Carter, it pretty much ended his international career and the fly-half made the last of his 35 appearances in 2004. He moved to the northern hemisphere a year later and became a fans favourite at Northampton Saints as he spent four seasons at the English club. Spells at Gloucester and the Lions followed before he went into coaching and Spencer is currently an assistant at the Hurricanes.

There were many spectacular moments, both for his franchise and on the international stage, but one particularly sticks out. In 2004, Spencer was struggling for form and fitness at the Blues, but he still managed to create and finish one of the great tries in Super Rugby. It came against arch-rivals Crusaders in the final minute of their clash in Christchurch with the Aucklanders leading 31-29.

The South Island outfit were pressing for what would be the winning score and got to within five metres of the line, but a turnover rescued the situation for the visitors. Most players would kick the ball up the field to relieve the pressure but that wasn’t the fly-half’s style. Instead, Spencer instigated a move on his own line, shifting the ball to Rokocoko just in front of the posts.

Some magic from the wing got the visitors up the field before he found Justin Collins. The back-rower was looking for support and who was there waiting but Spencer, who had a clear run to the line. He could have given himself an easy conversion but instead walked to the right-hand corner and touched down. It was mind-bogglingly audacious from the fly-half, who then kicked the extras to give the proverbial middle finger to the Crusaders fans.

See this rematch on Friday at 7:05pm at Eden Park! @BluesRugbyTeam v @crusadersrugby