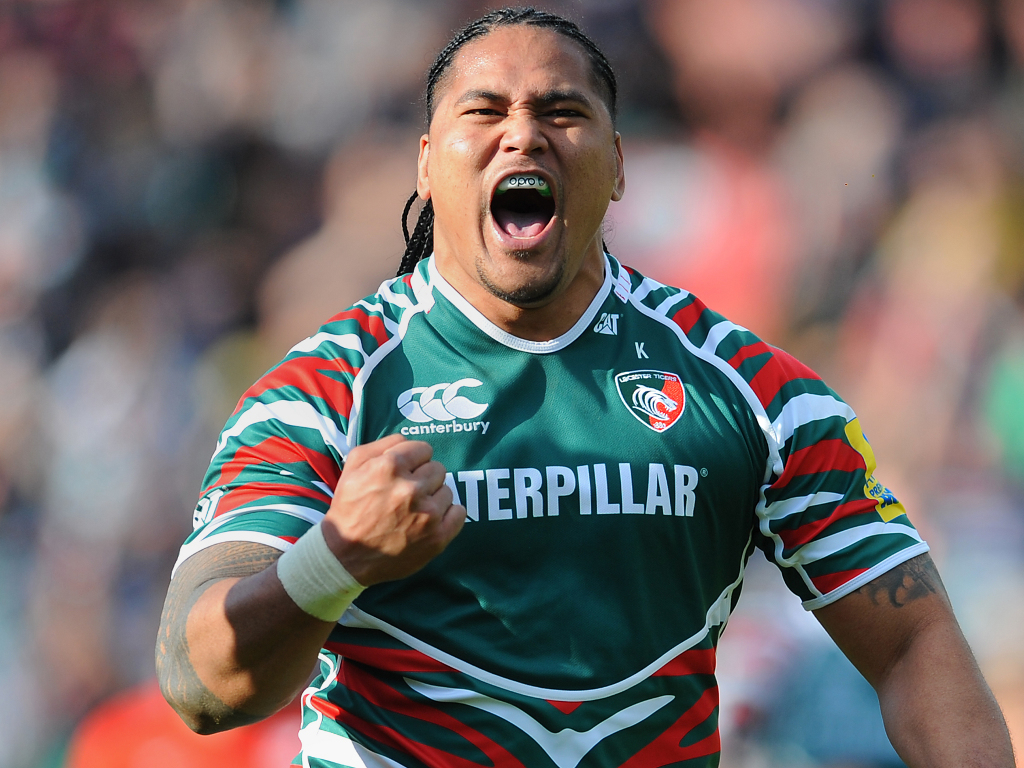 During the 2019/20 season, we dig through the archives to highlight a hero from years gone by. Next up, it’s Samoa and Leicester Tigers legend Alesana Tuilagi.

Alesana Tuilagi was born on 24 February 1981 in Fogapoa, Samoa and is one of the great players to emerge from the Pacific Island. Blessed with a lethal combination of power and pace, the wing was renowned for his barrelling runs which regularly left defenders trailing in his wake. One of six brothers to play for Leicester, Alesana arguably made the biggest impression at the Tigers, remaining with the club for eight years and helping them to a number of titles.

Interestingly, Tuilagi’s first taste of rugby in Europe came in Italy with Parma as he announced himself on the scene with a series of outstanding performances. That alerted the attentions of Leicester, who had siblings Henry and Freddie on their books, and he duly joined the English club. The Samoan had to initially bide his time, starting just three Premiership games in 2004/05, but soon became a fans’ favourite in the following campaign as the Midlanders reached the domestic showpiece event.

That ended in defeat but Tuilagi would help the club claim the league title a year later. Two further Premiership triumphs would follow, while the wing starred as they reached Heineken Cup finals in both 2007 and ’09. His remarkably successful eight-year spell ended in 2012 where the back three player left for Japan, but the Pacific Islander would return to England after signing a deal with Newcastle Falcons in 2014, before he ended his professional career at Toulon.

On the international front, Tuilagi was a regular in the Samoa national side, garnering 37 caps and appearing at three World Cups. He scored 18 tries, including a memorable effort which helped them to a landmark victory over Australia in Sydney in 2011.

Once upon a time I pushed Alesana Tuilagi. He pushed me back. I pushed him again. He then looked me straight in the eyes. I thought my life was over. It still haunts me to this day. The end. #rwc2019 pic.twitter.com/GMGd6XGuBd

Tuilagi was a one-man highlight reel, regularly producing incredible moments in big games that inspired Leicester and Samoa. There was his duel with Shane Horgan in the 2009 Heineken Cup final that encapsulated what was an engrossing contest and the aforementioned try against the Wallabies, which was decisive, but, for sheer impact, you cannot go beyond the 2007 Premiership final versus Gloucester.

The Cherry and Whites had been the outstanding team during the regular season, despite finishing level on points with the Tigers at the top of the league, with their free-flowing rugby drawing many admirers. At the heart of it were young English playmaking duo Ryan Lamb and Anthony Allen, who had been key to their expansive style, but they were overwhelmed by Leicester at Twickenham. In particular, the gargantuan Tuilagi dominated and the wing’s individual score, where he shook off the attentions of Lamb and Allen, proved to be a decisive moment in the whole encounter.

With the Gloucester duo perceived to be a weakness in defence, the Tigers’ power was too much for the West Countrymen and the Samoan duly surged his way across the whitewash to open up a 12-6 advantage. It would be a lead they would not relinquish as they dominated the rest of the match, going over five more times to complete a 44-16 triumph. Tuilagi was one of those to touch down in the second period as he completed his brace and was named man of the match for his display in the final.

Alesana Tuilagi in the 2007 @premrugby final…