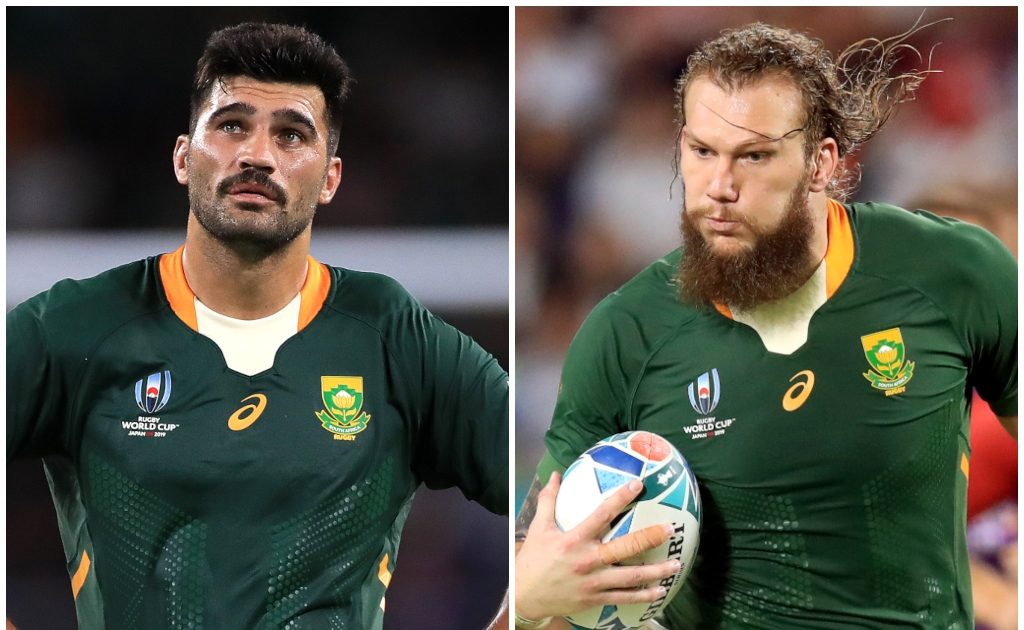 Powerful duo De Allende and Snyman were recently named in the South Africa squad which is set to face off with the British & Irish Lions, but their participation is now in doubt after they sustained “substantial” burns to their legs, hands and face. They are set to meet a specialist about their injuries.

There is some positive news on Stander and Haley, however, with burns to their hands not yet ruling them out of facing Zebre in the PRO14 Rainbow Cup.

“We are hugely relieved that the lads are all OK,” explained Munster head coach Johann van Graan via an update on the province’s official website.

“The players have all been treated and are being well looked after with Damian and RG meeting the specialist again later this week to review next steps of their recovery.”

Jacques Nienaber’s South Africa will take on the British & Irish Lions in the first of three Tests on Saturday, July 24, with De Allende and Snyman having been crucial cogs in the Springboks’ triumphant 2019 Rugby World Cup campaign in Japan.

Both players should be available for the series, with former Stormers centre De Allende explaining how the accident happened.

“We should be OK in a few weeks hopefully. We were just sitting around the fire and one of the boys threw a bit of petrol over the fire and then it caught his hand,” he told SuperSport.

“He just tried to put it down on the floor and then the whole thing caught alight and exploded.

“They thought it was a lot worse when we went into hospital on Saturday night but when we saw the specialist on Sunday, he said it wasn’t as bad as they got told.”